Putting a label on it. Miley Cyrus called Cody Simpson her boyfriend while recovering from tonsillitis in the hospital in an Instagram Story on Tuesday, October 8.

“BF coming to visit me at the hospy,” the “Slide Away” singer, 26, captioned a selfie from her hospital bed.

Cyrus also shared a photo of the Australian singer, 22, coming to visit her, and he didn’t come empty-handed.

“Arrived with roses and his guitar in hand #ImNotCrying #YoureCrying,” she captioned the photo. 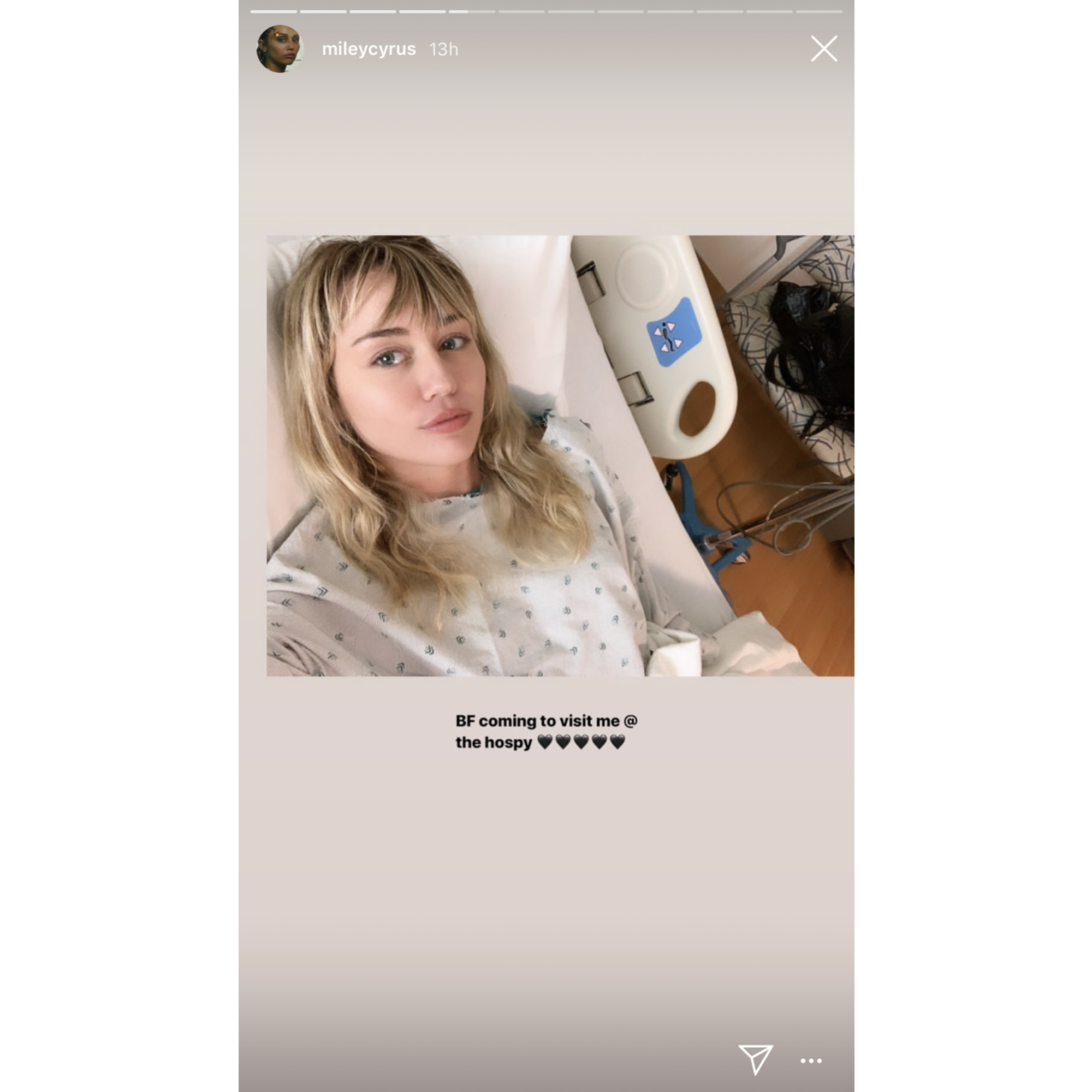 In a series of Instagram Stories, she documented their time together, including a video of herself and Simpson lying in her hospital bed while he plays guitar. “Suddenly I am feeling much better,” she wrote.

The former Disney Channel star revealed that Simpson had penned a special song for her.

“This sweeeeeet guy came to visit at the hospital and sang the sweeeeeetest song he wrote just for me,” she captioned the post. Instead of playing the song, she teased that it might become Simpson’s next single. 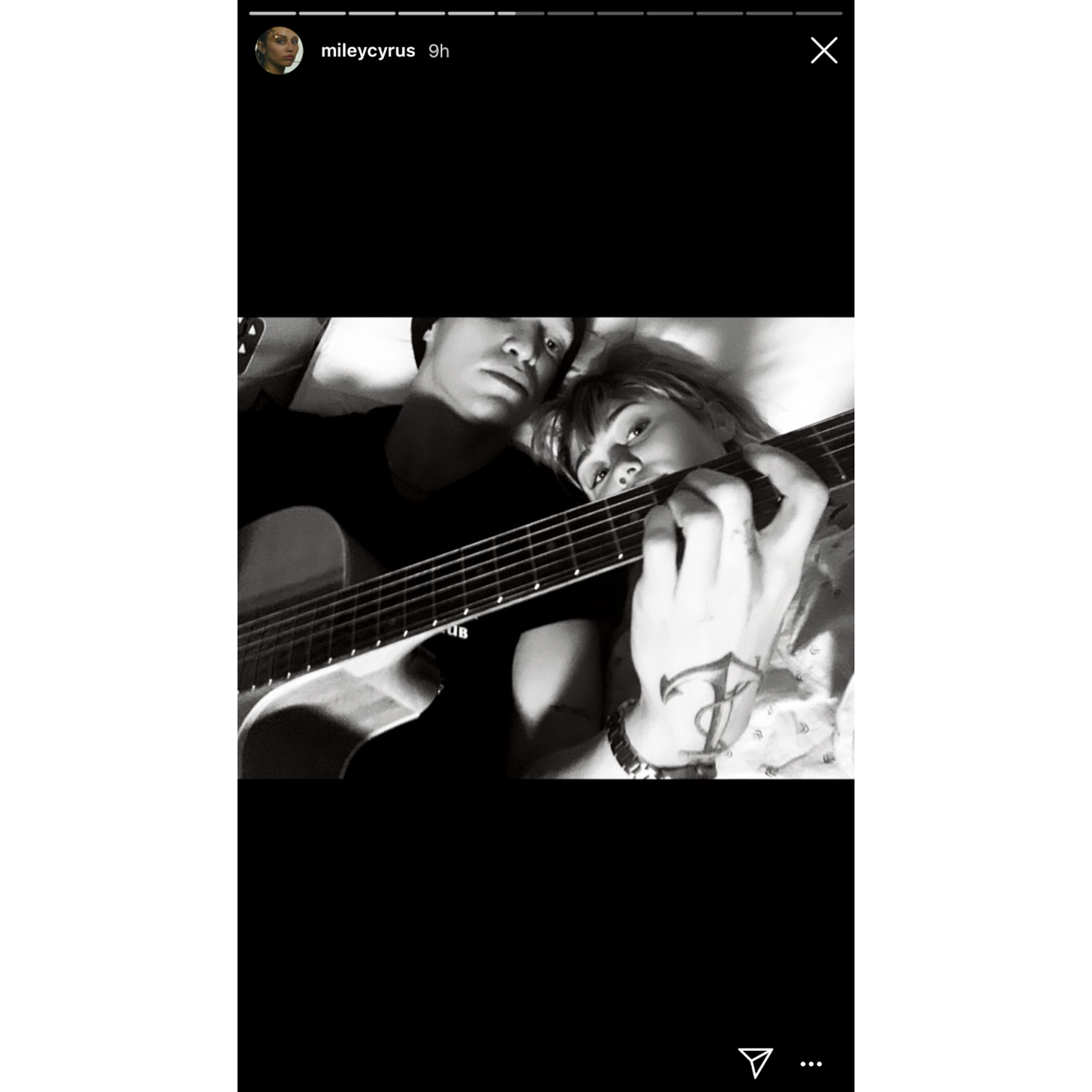 “It’s too special to be only heard in full by my ears so I am currently pressuring him to DROP IT next week… & it’s working #GoldenThing,” she wrote.

Earlier on Tuesday, Cyrus revealed that she was in the hospital for tonsillitis but was hoping to recover in time to perform at The Ellen DeGeneres Wildlife Fund’s Gorillapalooza concert in Los Angeles on Saturday, October 12.

“Trying to heal as quick as I can to make it to Gorillapalooza w @TheEllenShow @PortiaDeRossi @BrunoMars this weekend! Send gooooood vibes my way! Hoping the Rock star G*DS send me a boost of bad ass and help me kick this s—t to the curb where it belongs! We got gorillas to save!” she captioned a photo of herself wearing a hospital gown with an IV in her arm. 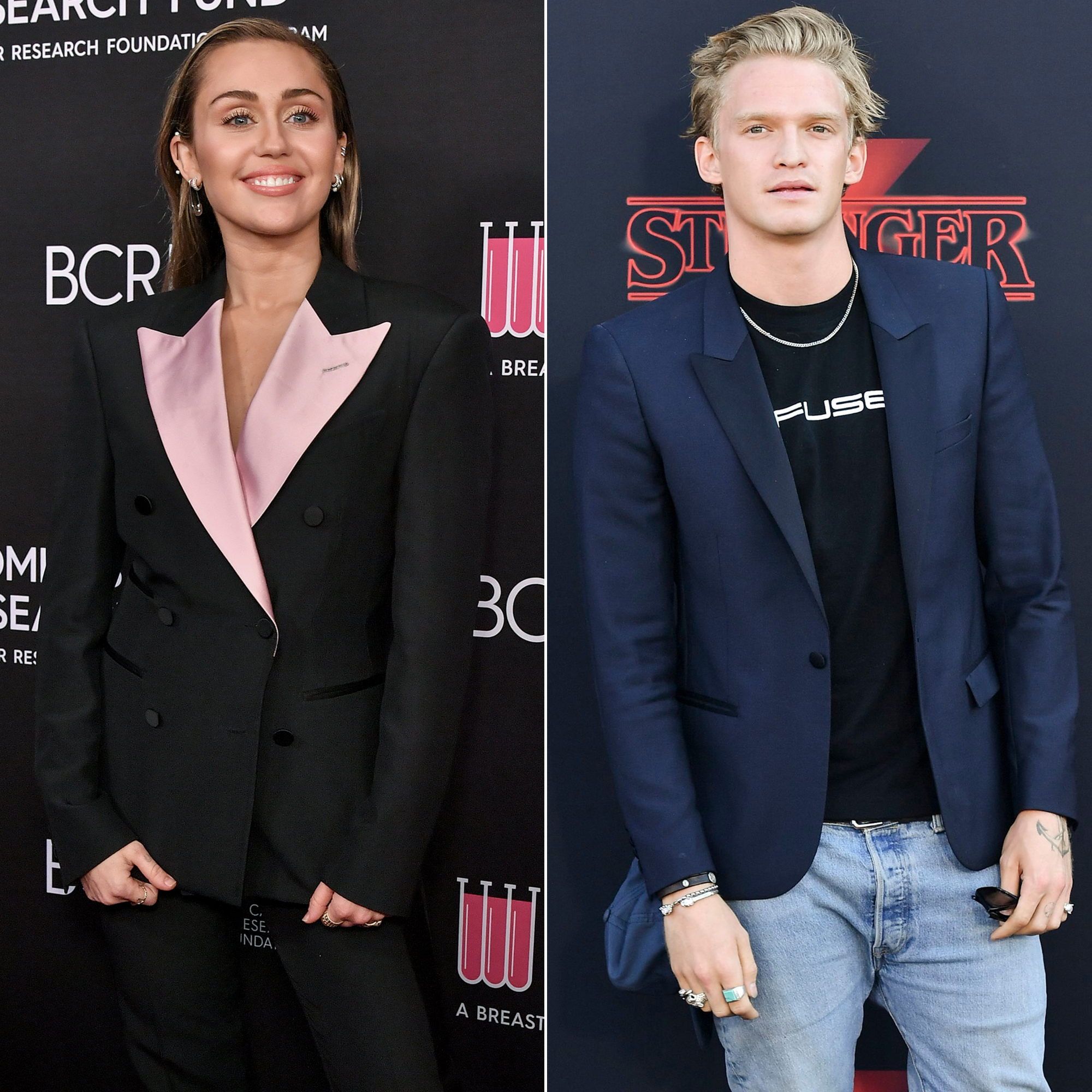 Her mother, Tish Cyrus, was by her side as Miley battled the illness. “Thanks mama for makin this sickyyy look a little bit better by brushin my hair for me,” she posted in another Instagram Story on Tuesday. 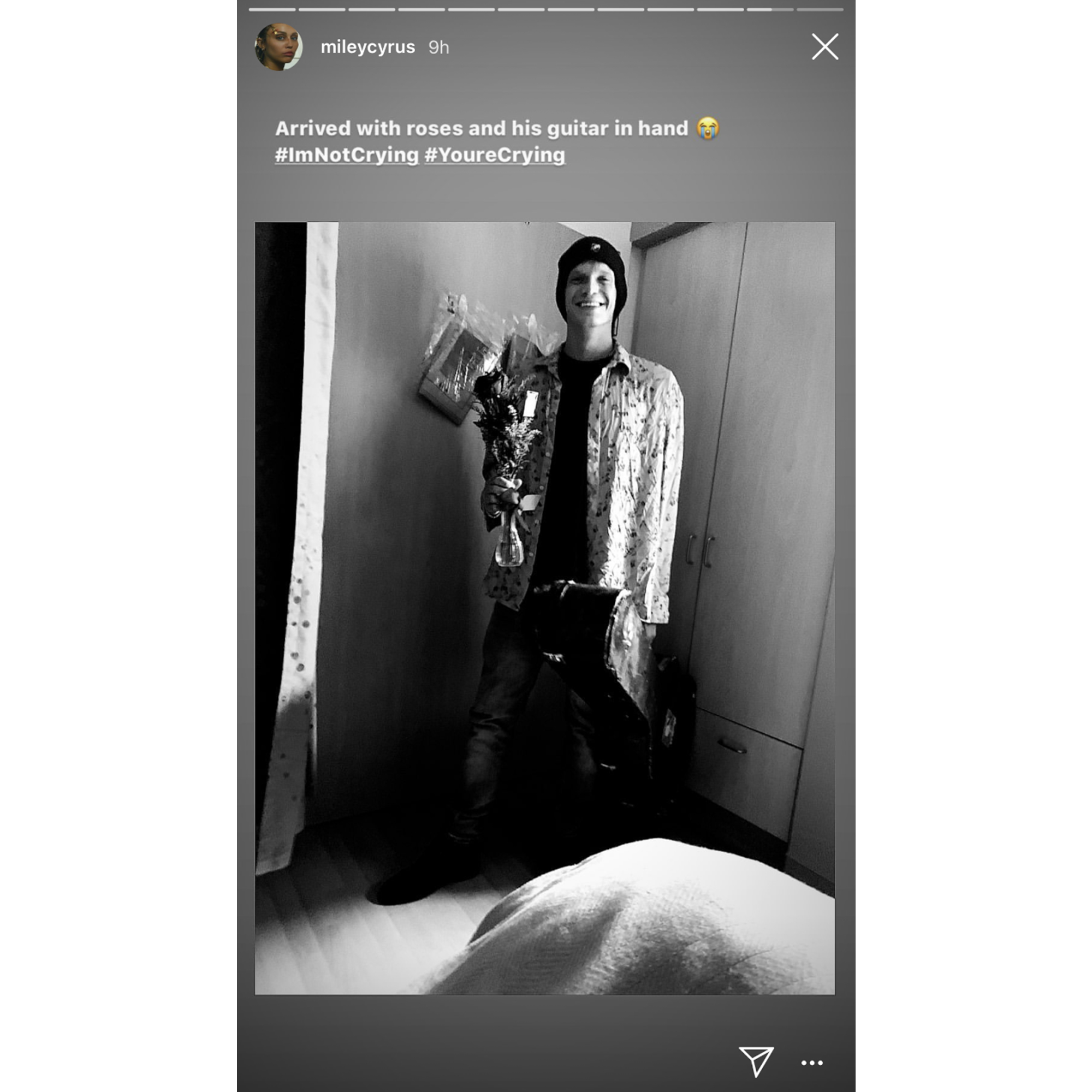 Miley’s romance with Simpson has been going strong since the pair were spotted kissing at Backyard Bowls in Los Angeles on Thursday, October 3. An onlooker told Us Weekly: “[They] were not shy about showing their affection toward each other at all. Miley got up and sat on Cody’s lap and started making out with him. … They left together holding hands.”

They took the PDA to social media when the “Mother’s Daughter” vocalist described Simpson as “22 ✅ Australian (my type) ✅ Abs ✅” on Instagram on Friday, October 3.

Simpson, who once called Miley his “celebrity crush,” reciprocated the attention by calling her “baby” in an Instagram post on Saturday, October 5. He also shared a love poem on his Prince Neptune Instagram account on Monday, October 7, that referenced Elvis Presley after he and Miley posted an Instagram video singing along to Presley’s song “Ku-U-I-Po” one day earlier.

“The moon’s souvenir / the boulevardier / a ballerina on the promenade,” he wrote. “We open our curtains to the domesticated world / for a natural hour / spinning elvis records / and making love / in the soft jewelled morning.”

In a lengthy Twitter post on Saturday, October 5, Miley told fans, “Get used to me dating – this is where I am at ! #HotGirlFall.”

The Hannah Montana alum announced her separation from Liam Hemsworth in August after nearly eight months of marriage. Hemsworth, 29, filed for divorce 11 days after Miley was spotted kissing blogger Kaitlynn Carter. However, she and the Hills: New Beginnings star split in September.