Nolan Gould has completely transformed his body during the pandemic.

The 22-year-old, known best for playing Luke Dunphy on “Modern Family,” revealed his new extremely fit physique in a photoshoot for People magazine.

“I spent six months basically on vacation,” Gould told the outlet. “But I feel like now it’s time to kind of make a decision on where I want to go with my career, and one of the ways you can do that is by changing my look and my mindset.”

Gould used his downtime during lockdown to focus on his health and fitness.

“I’ve been working out an hour and a half everyday with my friend Michael who is a personal trainer. We have a really cool socially-distant setup that has allowed me to get fit while also being safe. It’s been nice. Especially being unemployed in quarantine, having a reason to get up and stay motivated. It’s been something that’s been very healthy and positive for me in quarantine. It’s really changed my outlook,” he revealed. 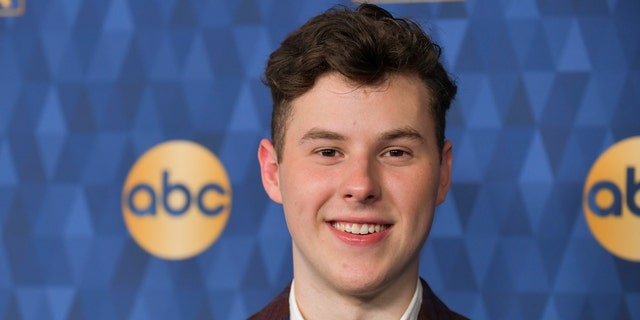 Nolan Gould says he’s been using his time during the pandemic to focus on his next career move.
(Rodin Eckenroth/WireImage)

To really see a transformation, the young star completely reworked his diet by eating more lean protein and vegetables instead of binging on pizzas like a “teenage boy/bachelor.”

“Actually, for me the biggest thing was cutting out alcohol, for me that’s actually been very nice. I feel more clear-headed and have been doing as much writing as possible, being in acting class, taking all the steps I can so when the pandemic’s finally over, hopefully I’ll just be ready to go to work,” he explained.

Gould hopes that his new strength and agility will allow him in the future to do his owns stunts and he’d love to accomplish two major bucket list items: climbing some big rock walls in Yosemite Nation Park and hiking the Pacific Crest Trail.