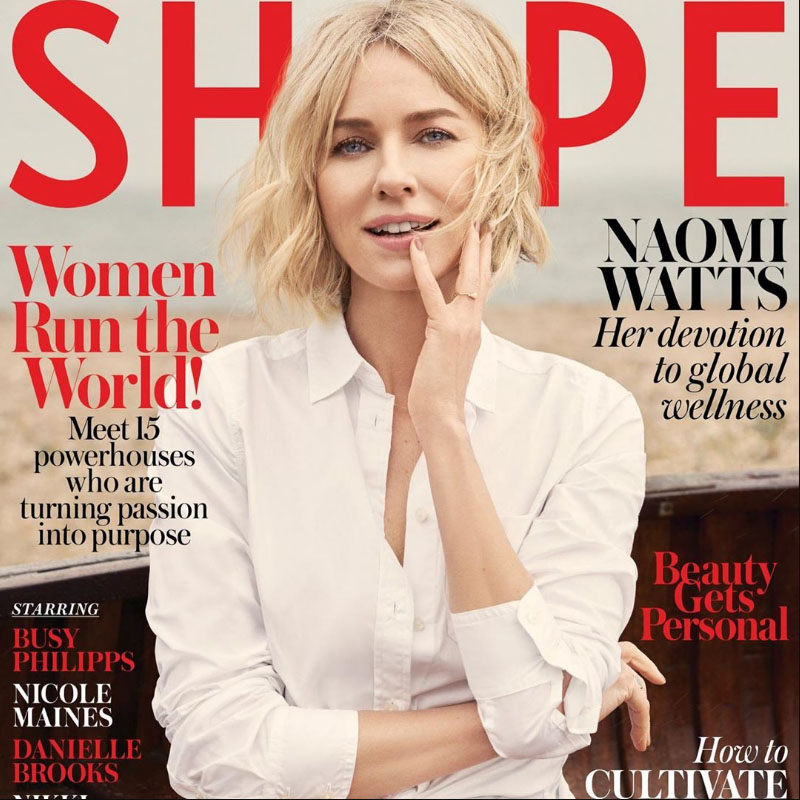 Naomi Watts is covering Shape this September, which is nice to see. She has a bunch of projects she’s promoting, including The Loudest Voice, the Showtime series about Fox News where she plays Gretchen Carlson, and the movies Luce and Ophelia. She also talks about her work with UNAIDS and her motivation for helping that charity. Plus she has a high end skincare boutique, Onda Beauty, she started with two friends. I’m going to cover the skincare stuff separately early next week as I have so much I want to say about that! In this post I’m focusing on her comments on exercise and fitness, another one of my favorite topics. At 50, Naomi finds it harder to keep and maintain muscle. She addresses that with heavier weights and less strenuous workouts, including yoga and pilates. She eats what she wants within reason and doesn’t ascribe to any diet restrictions, which is nice to hear.

Her diet has “wiggle room”
“The minute I put myself in any kind of constraint with eating, I’ll end up rebelling and not doing the right thing. So I allow myself room for naughty and nice. I grew up in the ’70s, and my mom was a hippie in the day who baked her own bread and made vegetarian dishes. So that’s my comfort food. Superhealthy. It’s what I crave.

When I was first trying to get pregnant, I cut out a lot of wheat, sugar, and dairy in my diet—and I remember drinking tons of wheatgrass juice. So I’ve tried to stay with that, but there’s wiggle room. It doesn’t mean I won’t eat french fries. I’m done with wheatgrass juice, though. In fact, it may make me gag just thinking about it.”

She works out differently now that she’s 50
“I love the feeling of exercising. But the days of getting up at 4 or 5 a.m. to work out are long gone for me. I’m not fanatical, so I change it up. I love yoga, and I have a Pilates Reformer in the house. Also, as you get older, you have to work harder to keep muscle tone, so that’s why I do strength training with weights. Not the three-pound kind but with higher-level weights using barbells. I have a trainer, because I can’t exercise very well if I’m not being instructed. It’s as if I suddenly develop amnesia: I can’t remember any moves. And nobody is watching, so I’m not going to care if I do three instead of 20.”

On being an ambassador for UNAIDS
“Living in the ’90s in the fashion world and losing friends was just incredibly upsetting. I felt privileged to be able to help in Zambia [on a 2006 UNAIDS fact-finding mission] and to see how hard people were working there to make it better. In the last 10 years that I’ve been working with UNAIDS, people have been getting hold of the antiretroviral drugs, so there’s [significantly reduced] transference from mother to child. We still need to do more and remove the stigma, but it’s great to have witnessed such a positive change.”

This was a great interview which Shape kept short and full of interesting details, which is hard to do for Naomi. She’s not usually highly quotable as she keeps her personal life private. I’m glad we got to hear about her diet and exercise habits, especially since she sounds so reasonable. I’m like that with my diet in that I don’t limit what I eat but try to keep it healthy for the most part. (I’m a calorie counter as you may know.) As for exercising, I’m trying to be less fanatical as she mentions but it’s hard. Fitness classes help a lot, and I’ve been doing classes which are half cardio and half circuit training, similar to working with a trainer just in a group. It’s firming me up but I’m so much hungrier than when I mostly did cardio! She’s right about the need for more strength training as you age. Also the fact that we need to do more stretching and body work. The older I get the easier it becomes to get hurt doing high impact exercise. 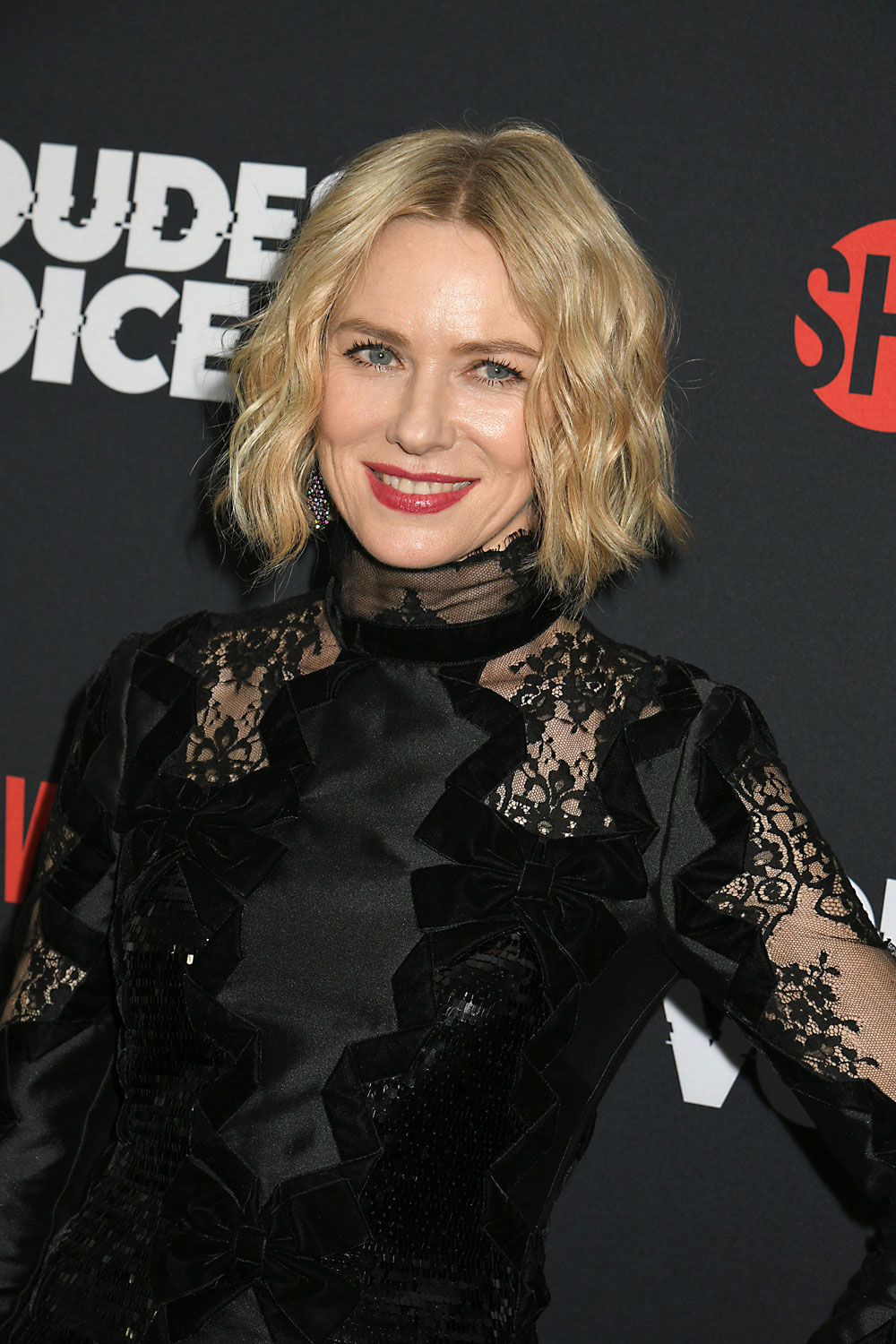 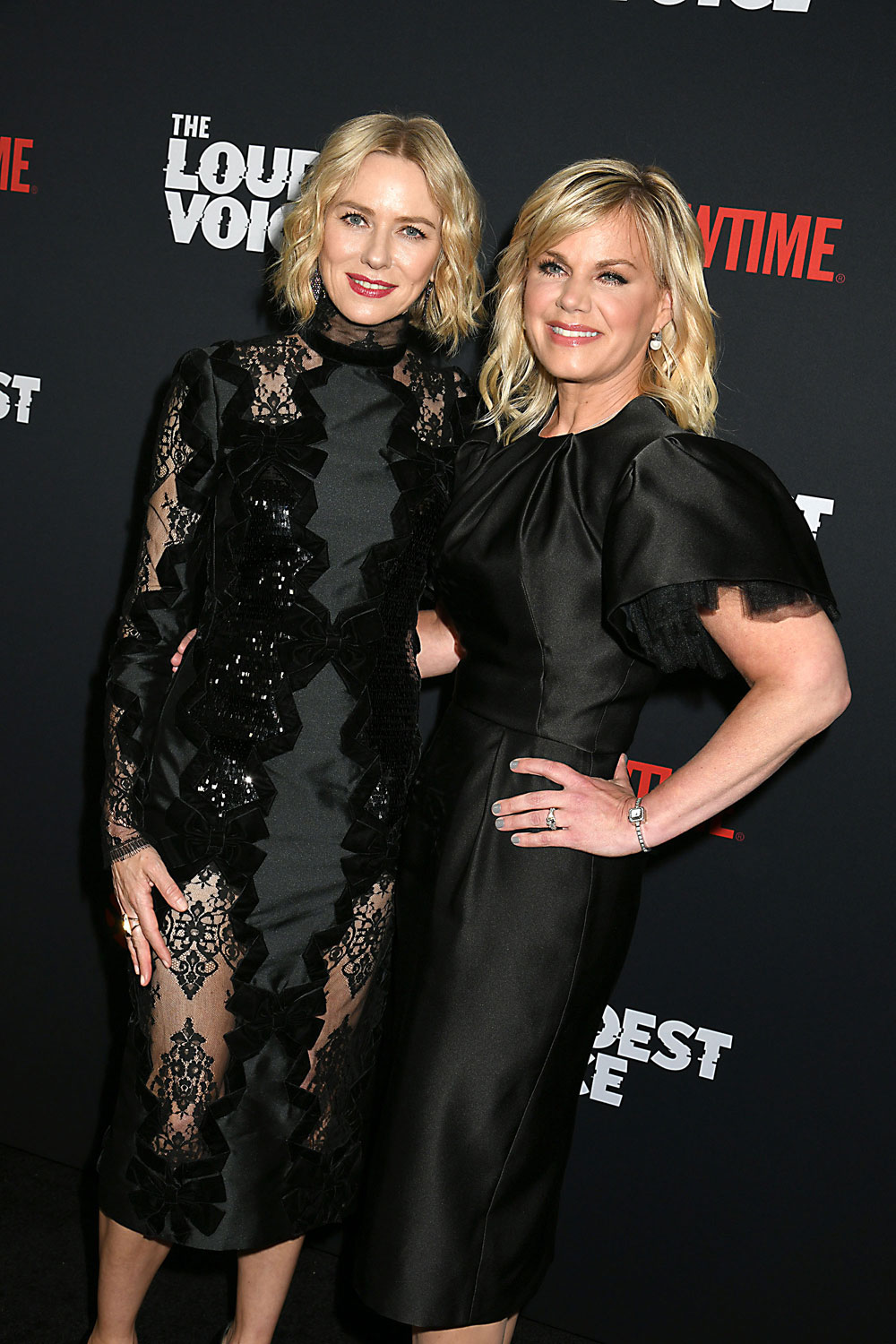