Shondaland has been part of ABC’s Thursday night TV lineup for 15 years and counting, beginning with Grey’s Anatomy in 2004. Different segments of the universe have come and gone, from Private Practice to Scandal. The current three-hour block includes Grey’s Anatomy Season 16, Station 19 Season 3, and How To Get Away With Murder, which will end after the upcoming sixth season. Losing HTGAWM is a blow, but ABC is planning to shore up the remaining two shows, by featuring Grey’s Anatomy and Station 19 crossover relationships.

Station 19, like Private Practice before it, is a direct spinoff for Grey’s Anatomy. But Private Practice took the traditional route of having a character from the parent show move to a new city to start the spinoff series. This tried-and-true method allows the two shows to go their separate ways and ensures crossovers are a rare occurrence, if ever.

Station 19, however, took the spinoff character, Ben Warren (Jason George) and moved him… absolutely nowhere. He still lives in the same house with his wife, Miranda Bailey (Chandra Wilson) one of the leading roles in Grey’s Anatomy. All the show did was have him change jobs, from anesthesiologist-turned-surgical-resident to firefighter, and sent him to work five blocks down the street. It’s a show tailor-made to cross characters over from one to the other, and not just because Miranda and Ben have their marital spats. After all, what do firefighters do when they finish putting out the fires? They transport the victims, which sometimes include their co-workers, to the closest hospital. And when the nearest hospital happens to be Grey Sloan Memorial Hospital, regular appearances by one cast on the other show is going to occur.

ABC already started doing that with Season 2. Station 19‘s first full-length season crossing over with Grey’s Anatomy at critical points in the year, like the mid-season winter finale, or heading into spring hiatus. Now, ABC has confirmed fans can expect more of this as the shows go on.

Speaking to the Television Critics Association press tour, ABC Entertainment President Karey Burke said crossovers wouldn’t quite happen every week. But they will become a regular feature. Speaking to Deadline, she said: 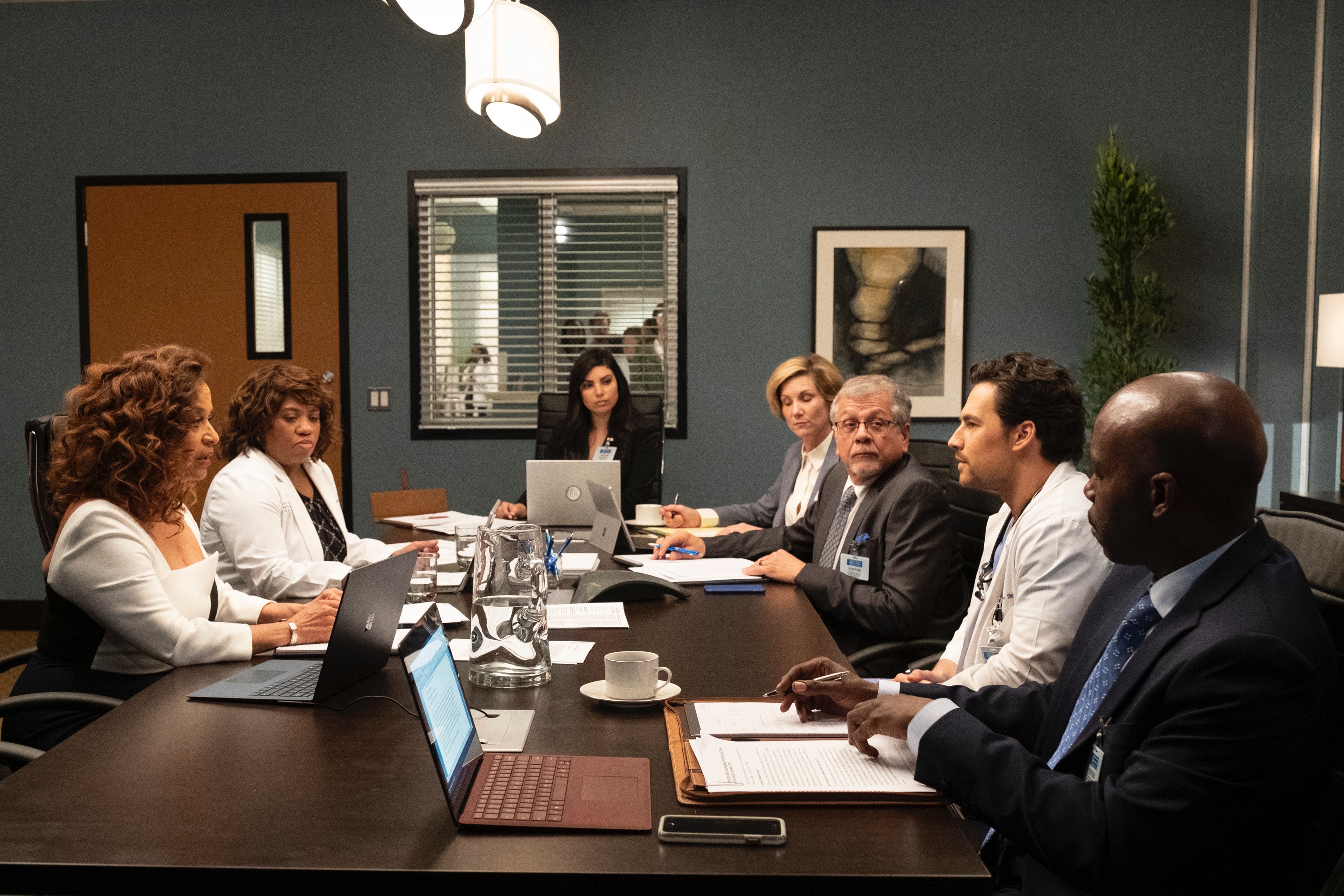 Grey’s Anatomy showrunner, Krista Vernoff, will also be taking the reins at Station 19, which is one reason these "tentpole" events will become more prevalent. Station 19‘s previous showrunner, Stacy McKee, stepped down at the end of Season 2. With both shows under a single guiding hand, Grey’s Anatomy and Station 19 may eventually feel like a single two hour block of television.

That’s good news for Grey’s fans who want more of Shondaland’s Seattle. And it’s even better news for ABC, who want these shows to help each other run as long as humanly possible.