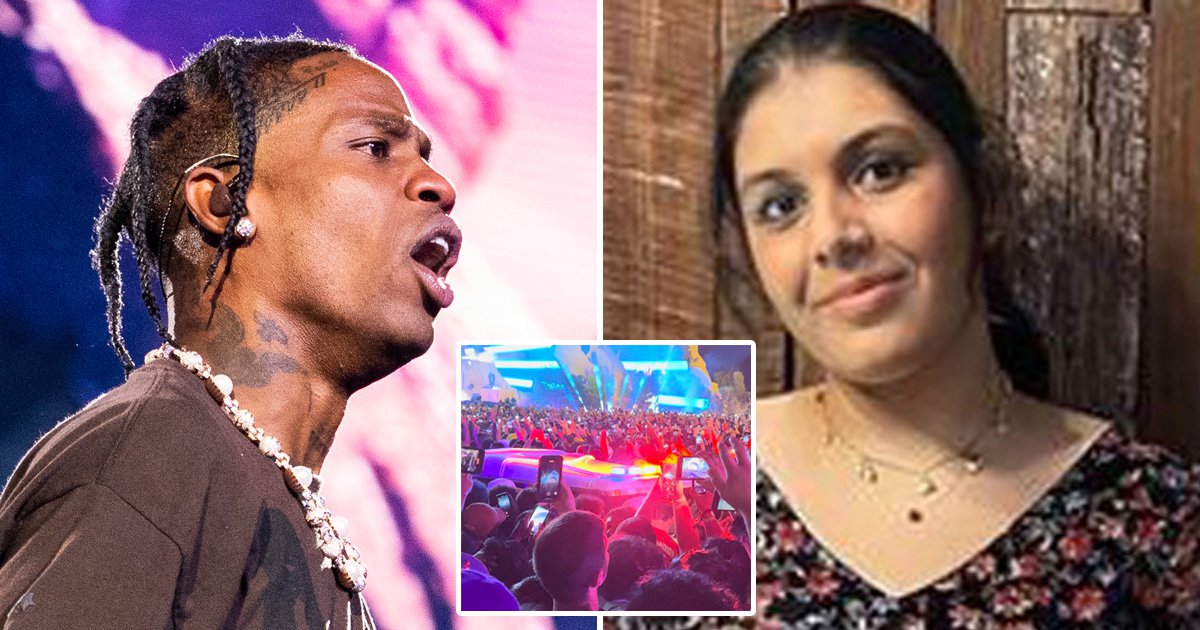 Eight other people between the ages of 14 and 27 were killed at the concert in Houston, Texas, last Friday, when a large crowd surged towards the stage during Scott’s performance.

Bharti Shahani was a student at Texas A&M University and had been left brain dead and relying on a ventilator before she died on Thursday, the family’s attorney told TMZ.

Shahani had attended the live music event with her sister Namrata Shahani and her cousin Mohit Bellani, but became separated from them when the crowd surged.

Bellani told ABC13: ‘Once one person fell, people started toppling like dominos. It was like a sinkhole. People were falling on top of each other.

‘There were like layers of bodies on the ground, like two people thick. We were fighting to come up to the top and breathe to stay alive.’

Shahani was taken to the hospital in an ambulance, and her parents had to go to multiple hospitals to find her after initially going to NRG Park when the news broke.

Her father Sunny Shahani told ABC13 that his daughter had suffered multiple heart attacks and lost oxygen for up to 10 minutes, with doctors telling him that ‘the chances of survival are nothing’.

A GoFundMe was been set up for the Shahani family to cover the ‘mounting expenses during this strenuous time’, while Scott has since offered to pay for the funeral costs of all victims.

A nine-year-old boy, Ezra Blount, is also in a medically-induced coma after being trampled when he fell from his father’s shoulders.