'Not happy to be here': Azealia Banks storms off stage at Miami Pride show 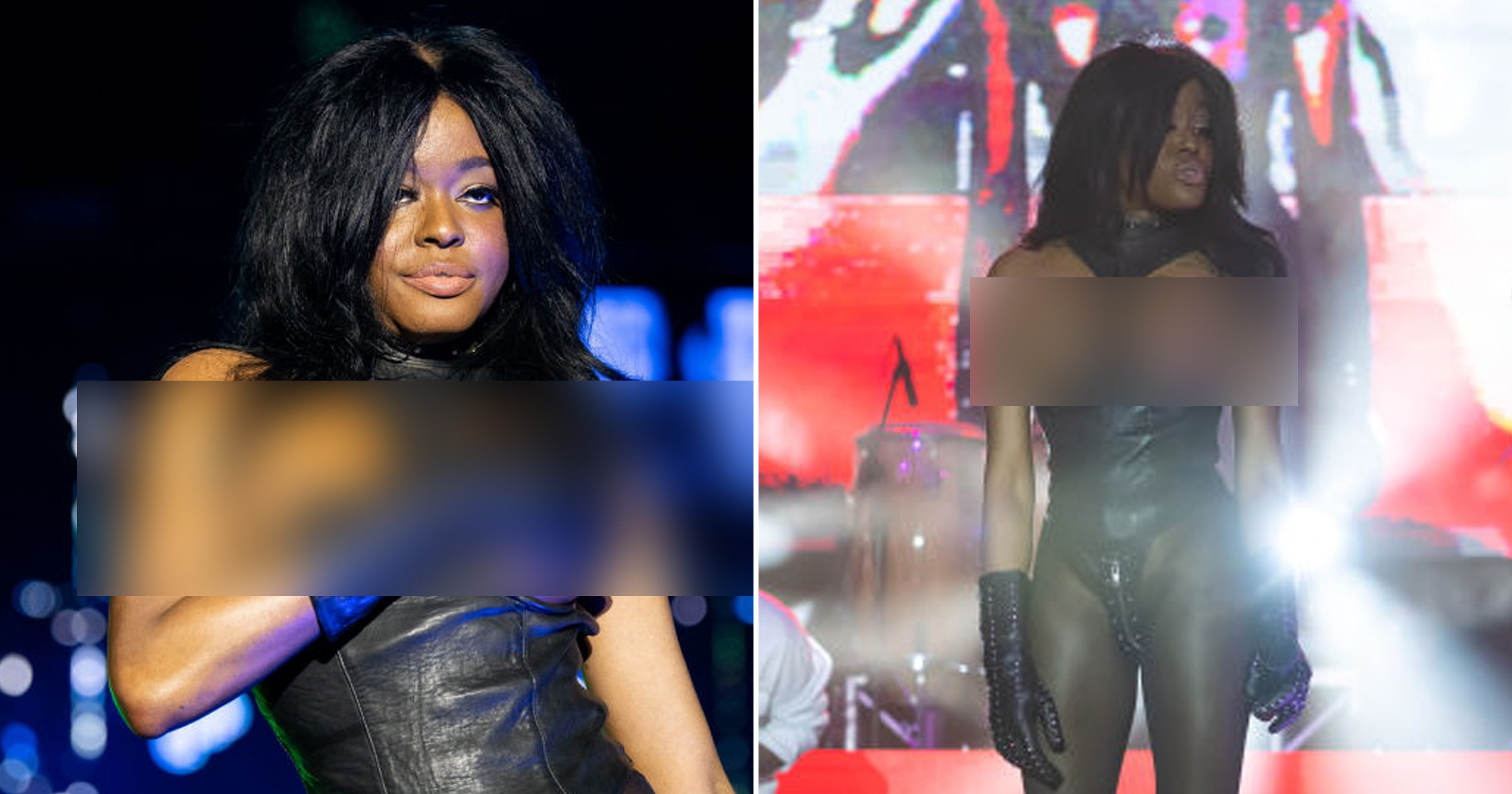 Azealia Banks caused quite a stir as she stormed off stage at a Pride event in Miami.

The 212 rapper, dressed in a skimpy outfit which completely revealed her bare chest, was attending the Wynwood Pride Show before beginning to rant at the crowd, before her mic was cut off and the Broke With Expensive Taste singer stormed offstage.

She performed around four songs of a set that only lasted 30 minutes before slamming the event promoters for messing her around.

Her promotors, she said, kept changing her call times and whether she was headlining at certain events.

‘I’m really not happy to be here!’ to her fans,’ she is said to have yelled to the crowd.

Her microphone was then cut off, before the Broke With Expensive Taste singer stormed off the stage after throwing a few rode gestures to boos from the crowd.

In a video obtained by TMZ, the hitmaker explained she had been messed around and grew increasingly frustrated with how the event was organised.

‘For the last few months, I’ve been f***ed with. Set times being moved. [Being told] I’m the headliner, then I’m not the headliner. I’m really not happy to be here.’

On her Instagram, she tried to explain she left because she is allergic to dry ice.

‘Wynwood Pride was way too ghetto. I had to bounce. Every tech rider in Azealia Banks’ history of live performance specifically states – no dry ice as I am EXTREMELY allergic to it.’

‘Photos will show massive clouds of dry ice which began to make me lightheaded to a point I could barely stand. I was originally booked for a 10pm set, which promoter moved to 1am, completely inconveniencing every single member of my team,’ she added.

The 31-year-old is known for courting controversy, to put it mildly. Azealia was permanently suspended from Twitter after penning transphobic tweets back in 2020.