Pete Davidson or Machine Gun Kelly: Which Best Friend Has the Higher Net Worth?

Pete Davidson and Machine Gun Kelly have had an adorably close friendship for years. They have supported each other, done joint interviews, and worked on several projects together. But which of the famous friends has the higher net worth?

Let’s take a look at Davidson’s and Kelly’s sources of income and determine which pal has accumulated the most wealth. 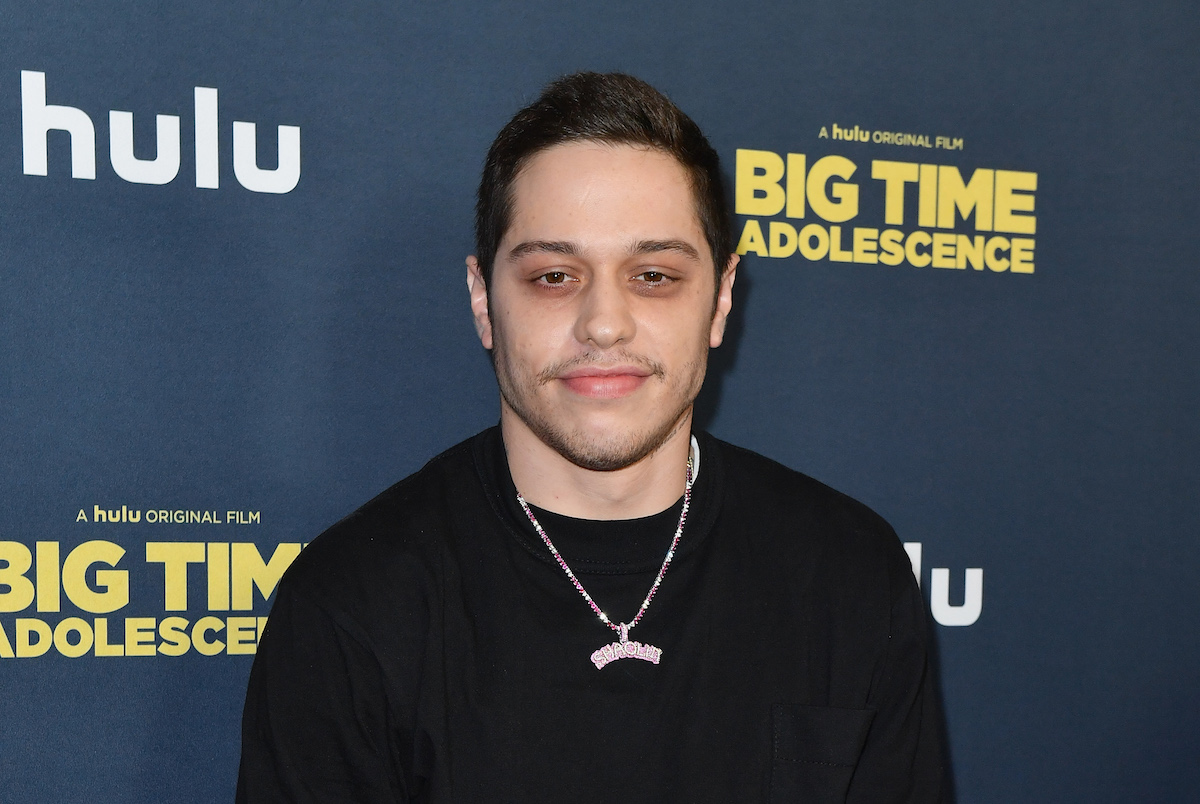 Pete Davidson has a net worth of $8 million, according to Celebrity Net Worth. He is best known for being a cast member of the comedy show Saturday Night Live. He is also a stand-up comedian and an actor who has starred and appeared in several films.

Davidson started doing stand-up comedy gigs at age 16 in his hometown of Staten Island. He made his TV debut when he appeared on MTV’s comedy series Failosophy. The comedian appeared on various reality shows until he got his first televised stand-up show, which aired on Gotham Comedy Live.

As his comedy career flourished, Davidson continued to do stand-up gigs and appeared on Brooklyn Nine-Nine, a show starring former Saturday Night Live cast member Andy Samberg. He also had a small role in the film Trainwreck, which introduced him to SNL’s Bill Hader. His connection to Hader allowed Davidson to audition for SNL, and he started working on the show in 2014.

Davidson made his debut on SNL on the show’s 40th season premiere on Sept. 27, 2014. He was just 20 years old, making him one of the youngest cast members ever. He garnered positive reviews from critics on his first season and was praised for being relatable and making light of dark subjects. By the time SNL’s 44th season wrapped, The Washington Post declared Davidson the show’s breakout star and most memorable performer of the season.

Davidson filmed his first stand-up special for Comedy Central in April 2016. In January 2019, he toured with John Mulaney, a fellow comedian and writer for SNL, doing a limited series of comedy shows called “Sundays with Pete & John.”

Davidson’s acting career continued to grow as he made appearances in various films like The Dirt, The Suicide Squad, Set It Up. He starred in the movies Big Time Adolescence and The King of Staten Island. He appeared in TV shows like The Real Bros of Simi Valley and The Guest Book, and he lent his voice acting talents to the movie Angry Birds 2.

The comedian earns a reported $15,000 per episode of Saturday Night Live, giving him an estimated annual salary of about $315,000 per year from the show. 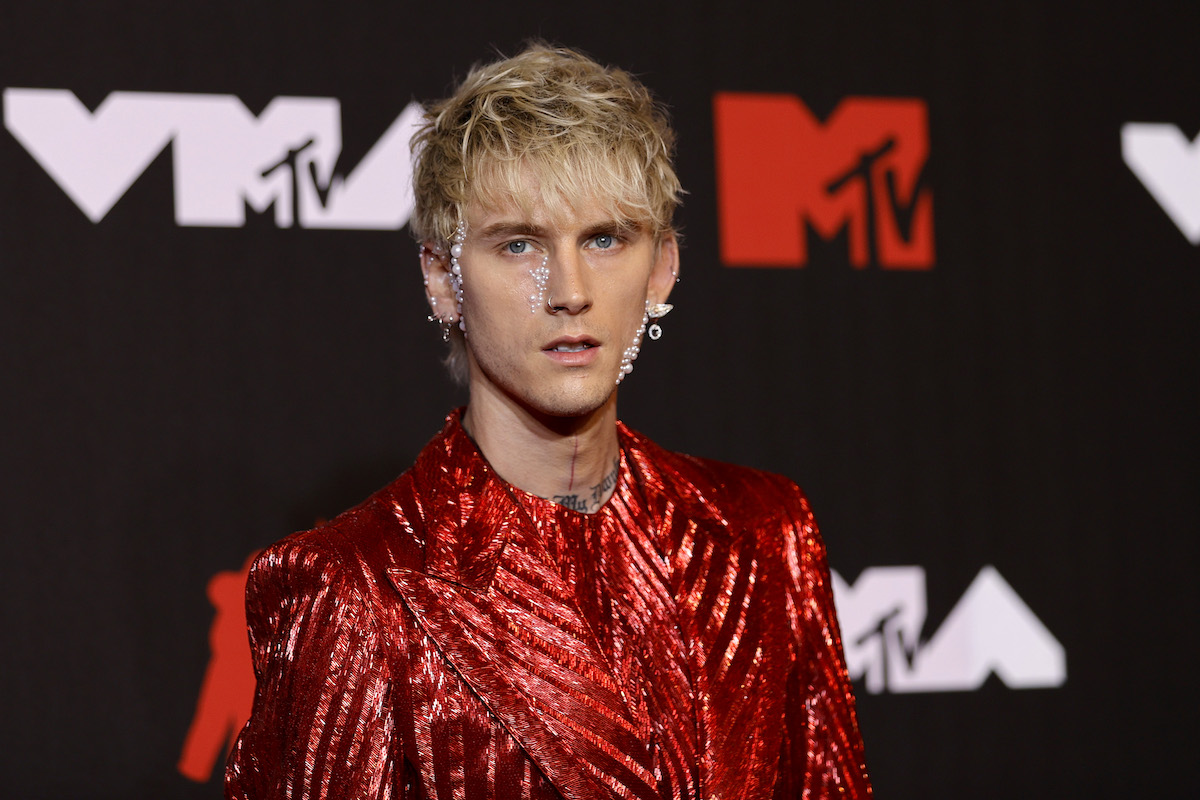 According to Celebrity Net Worth, Machine Gun Kelly, whose real name is Colson Baker, has an estimated net worth of $10 million. He is a musician known for crossing genres from rap and hip-hop to pop-punk. MGK also has a successful acting career.

Kelly recorded his first mixtape, titled Stamp of Approval, while still in high school. After finishing high school, he found an MC manager to help him launch his rapping career. He started using the stage name “Machine Gun Kelly” to reference his fast-paced vocal delivery.

MGK started performing at local venues, and he appeared on MTV2’s Sucker Free Freestyle. He recorded his second mixtape, 100 Words and Running. His music career started to take off after releasing the single “Alice in Wonderland,” which won several awards. In 2011, Sean Combs signed Kelly to Bad Boy Records.

Kelly released both his first studio album, Lace Up, and a mixtape called Black Flag in 2012. He dropped his second studio album, General Admission, in 2015.

In 2016, MGK collaborated with Camila Cabello to create the successful single “Bad Things.” The rapper released his fourth album, Hotel Diablo, in 2019. Kelly pivoted from rap to pop-punk with his 2020 album Tickets to my Downfall, a collaboration with Blink-182 drummer Travis Barker.

As an actor, Kelly has had roles in movies like Bird Box, The Dirt, and Midnight in the Switchgrass. He starred in Big Time Adolescence with Pete Davidson. 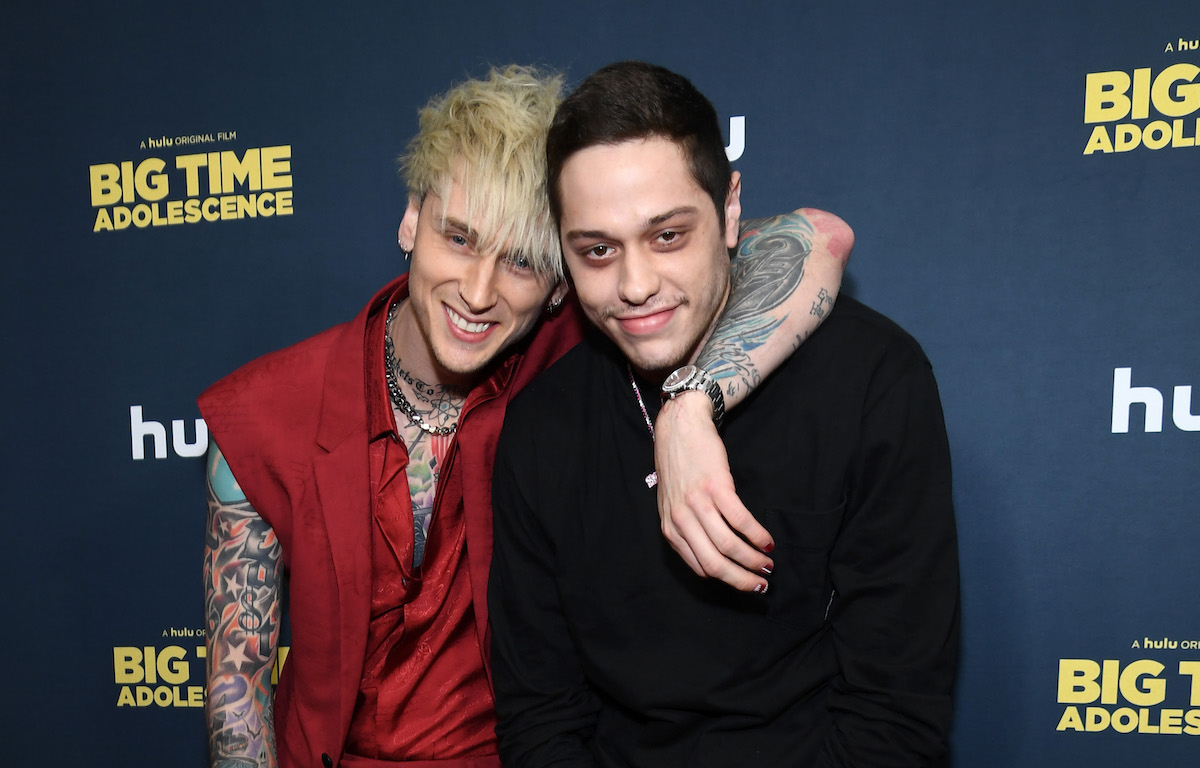 Davidson and Kelly have been friends for years. They first met when they both appeared on MTV’s Wild ‘n Out and became friends while working together on the set of the movie The Dirt.

Machine Gun Kelly appeared as the musical guest on Saturday Night Live in January 2021, and he and Davidson notoriously took a tumble off the stage at the end of the show. Davidson has impersonated Kelly on the show multiple times. Davidson has also appeared on stage during MGK’s concerts.

The two opened up about their close friendship when they did a joint interview and took a lie detector test for Vanity Fair in 2019.