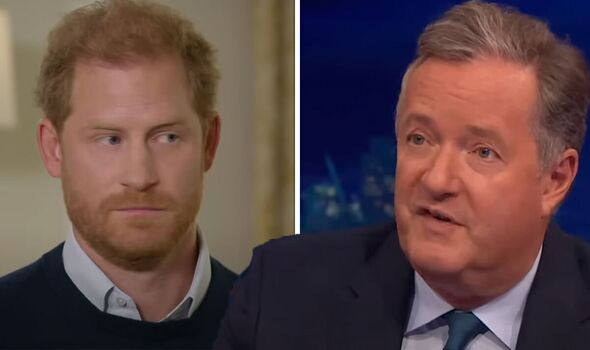 Piers Morgan, 57, has said that Prince Harry, 38, “finally admitted” there was “no racism” against his wife Meghan Markle, 41, from members of the royal family. His bold claim follow’s Prince Harry’s latest interview on ITV, where he fiercely defended his new, tell-all memoir, Spare.

The presenter dramatically exited Good Morning Britain back in March, 2021 following an on-air spat about the Duchess of Sussex.

“Now he’s finally admitted there was no racism, two questions,” he continued.

Sitting down with journalist Tom Bradby for an interview in his California home, he spoke about the infamous incident involving his son Archie as he promoted his explosive new memoir, Spare.

“Did Meghan ever mention that they’re racist?” he asked Tom in the interview that took place on December 20.

“She said there were troubling comments about Archie’s skin colour,” the broadcaster replied.

“There was—there was concern about his skin colour,” Prince Harry confirmed.

“Right, wouldn’t you describe that as essentially racist?” Tom questioned.

“I wouldn’t, not having lived within that family,” the royal added before going on to explain his views on “the difference between racism and unconscious bias.”