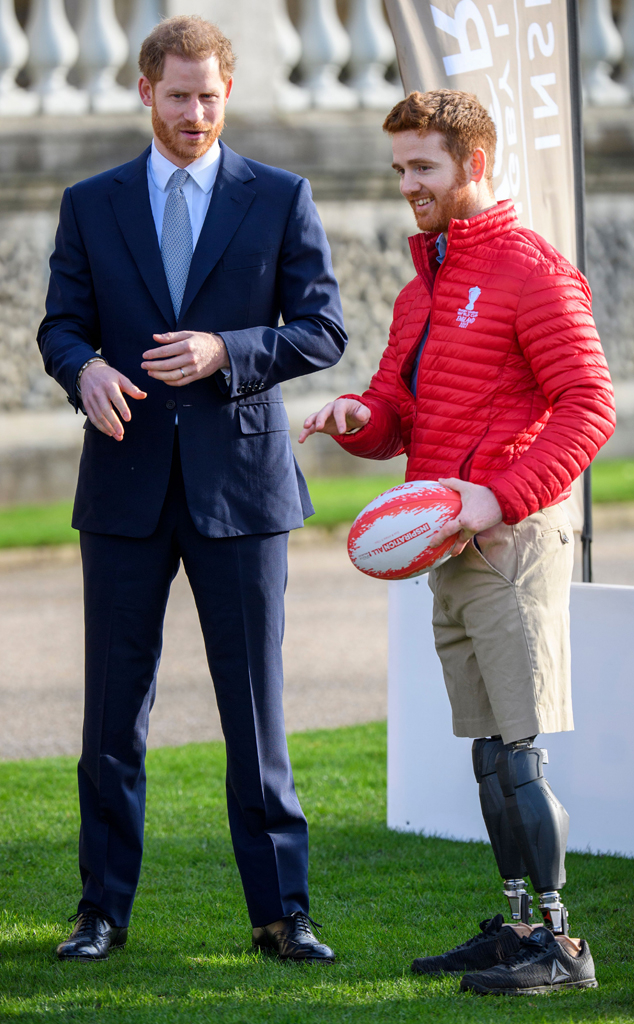 It’s back to business for Prince Harry.

On Thursday, the Duke of Sussex hosted the Rugby League World Cup 2021 draws for the men’s, women’s and wheelchair tournaments, marking his first public outing since he and Meghan Markle announced their royal exit. Still fulfilling his royal duties, the new dad met with rugby players from St. Vincent de Paul Catholic Primary School in the Buckingham Palace gardens and cheered on the young athletes as they played a friendly pick-up game.

Shortly after, Harry revealed that he had teamed up with the organization to create the Rugby League World Cup 2021 Mental Fitness Charter, a new initiative that strives to promote “good mental fitness and create sustainable legacy the sport can be proud of.”

Keeping up with their charitable efforts, Harry and Meghan also shared their recent visit to The Hubb Community Kitchen on Instagram, sharing tons of sweet photos from their dinner with the founders behind it.

“These women came together in the wake of the Grenfell tragedy to cook meals for their families and neighbours who had been displaced from the fire,” the Duke and Duchess wrote. “With funds from the successful cookbook, they have now been able to share their spirit of community with so many more.”

Harry and Meghan’s outings come days after Queen Elizabeth II called for a family summit to discuss the roles Harry and Meghan will have following their unprecedented decision to step back from their royal duties. Following her meeting with Harry, Prince William and Prince Charles, Her Majesty released a statement.

“Today my family had very constructive discussions on the future of my grandson and his family,” she said. “My family and I are entirely supportive of Harry and Meghan’s desire to create a new life as a young family.”

Her message continued, “Although we would have preferred them to remain full-time working Members of the Royal Family, we respect and understand their wish to live a more independent life as a family while remaining a valued part of my family.”