Welcome to New York! Prince Harry and Meghan Markle have arrived on the East Coast, and kicked off their tour with a visit to the One World Trade Center observatory.

Prince Harry, 37, and Meghan Markle, 40, have stepped out in New York City, beginning their tour of the Big Apple with a visit to the One World Trade Center observatory on September 23. The outing marked the Duke and Duchess of Sussex’s first joint appearance since the birth of their daughter Lilibet Diana in June. The couple walked hand-in-hand as they arrived for their meeting with New York City Mayor Bill de Blasio and New York Governor Kathy Hochul on Thursday. 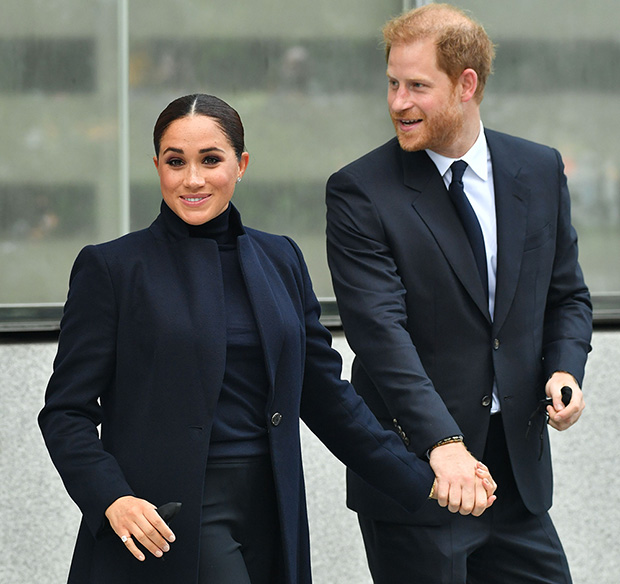 The royal cut a classic figure in a suit and tie, while the Suits alum stunned in a black pantsuit with a navy coat. She slicked her hair back into a low bun and waved to onlookers who welcomed them to the city. Harry and Meghan are in town for the Global Citizen Live Event, and will take part in the 24-hour global broadcast from the Great Lawn in Central Park this weekend

The event aims to work with world leaders in the pursuit of global vaccine equity to end the COVID-19 pandemic for everyone. In a statement, the couple added, “The COVID-19 pandemic has exacerbated health, social, and economic inequality globally. The global vaccine rollout thus far further deepens these disparities, with the poorest and most marginalized populations most adversely impacted.” 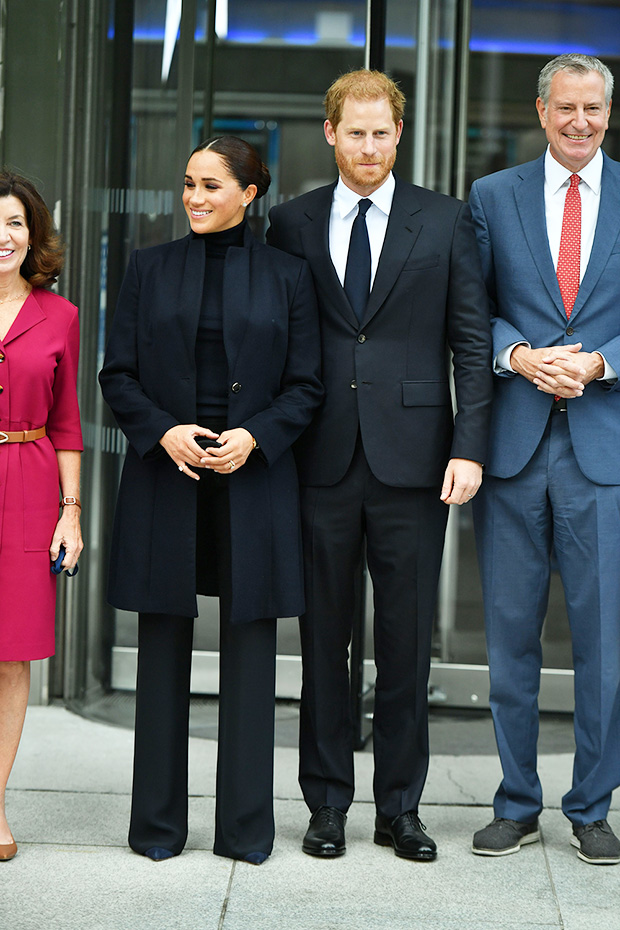 Of course, the pair are no strangers to humanitarian work, with Meghan recently announcing her 40×40 initiative. In a video — which dropped on her 40th birthday — Meghan was joined by comedian Melissa McCarthy to announce the project which encourages people to commit 40 minutes of their time to support women going back to work. Celebs including Adele, poet Amanda Gorman and fashion designer Stella McCartney have pledged to join the initiative and mentor women in their communities.

Meanwhile, father-of-two Prince Harry recently opened up about taking on the role of ‘dad’ in an interview with Ed Sheeran in July. “Congratulations, a girl right?” the singer asked Harry, per Hello! magazine. “We just had a little girl 10 months ago now. You’re still in the trenches now! How do you manage with two?” The Prince responded, “Two is definitely a juggle.”