The former glamour model has returned to the UK after jetting off to Sardinia for a belated honeymoon with former Coronation Street star, Oliver Mellor.

And after a week of flashing the flesh for Rhian Sugden, there seems to be no stopping her.

Just one day after returning home, the 32-year-old stunner was back baring her curves on social media.

Uploading to Instagram, the bombshell blonde delighted fans as she posed in some very sexy black semi-sheer underwear.

Rhian looked stunning in a skimpy plunging bra which showcased her ample cleavage.

She teamed the naughty garment with a pair of high-waisted matching undies, showing a hint of her trim tummy.

The gorgeous gal ditched the makeup for the sexy display, while her golden locks were styled into a sleek down ‘do.

She captioned the saucy snap: “Crushin’ on Velvet Rose.” 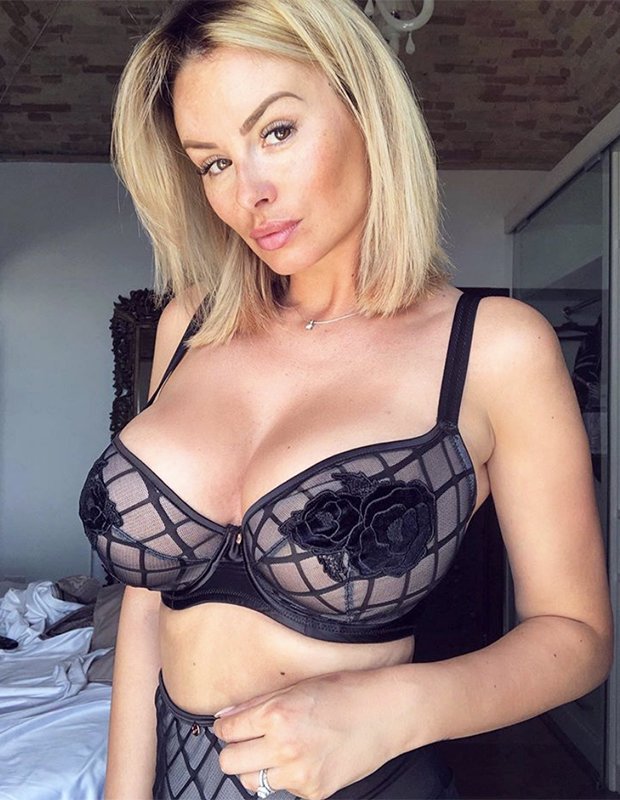 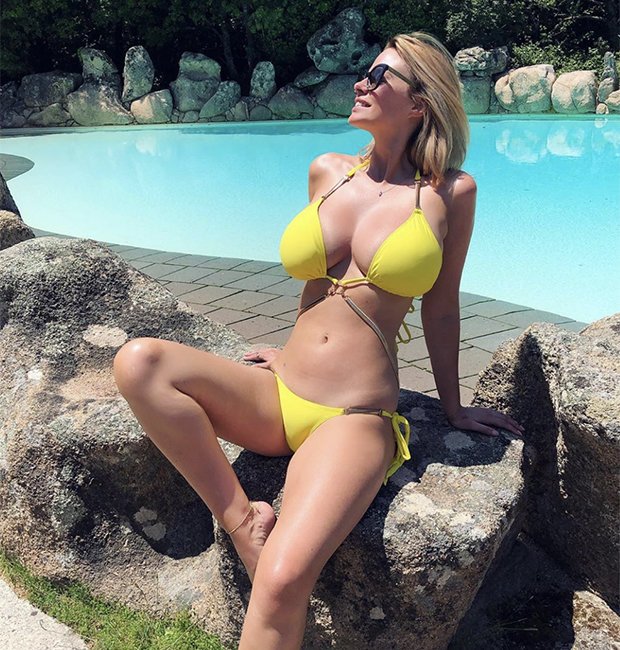 And it appears as though Rhian’s 386,000 followers were crushing on her too, as they flocked to the comments section of the pic to leave it some love.

While a third admirer told her: “Simply best page three ever.” 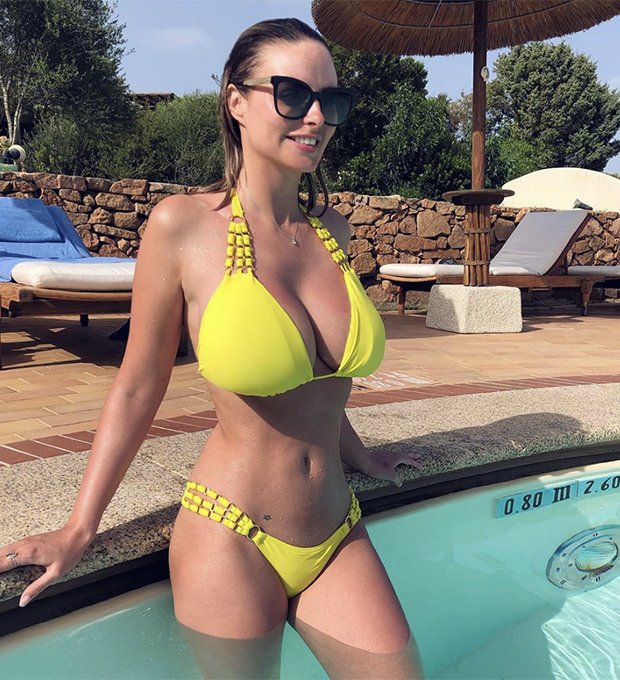 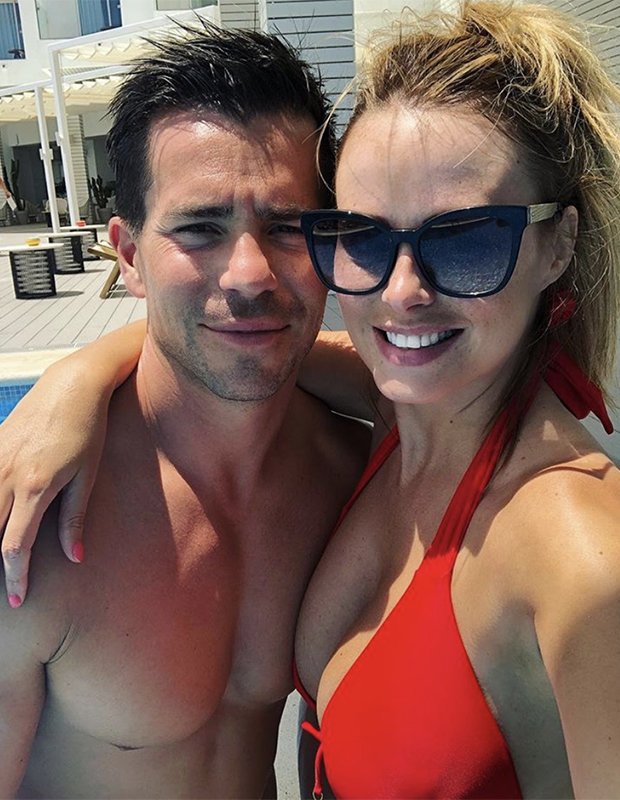 And a final fan added: “Wow, that is some very sexy and sumptuous lingerie!”

Rhian and Oliver tied the knot last September with a romantic ceremony in Kalkan, Turkey surrounded by family and friends.