Richard E Grant has revealed the food is so ‘grim’ in a supposedly four-star quarantine hotel that it ‘feels like punishment’.

The Star Wars actor has been forced to use the Government’s mandatory quarantine hotel system after travelling back to the UK from South Africa where he was visiting his elderly mother. South Africa is among the countries on the red travel list due to the emergence of a new Covid variant, Omicron.

It means that those returning from a red list country must isolate at a Government-approved hotel at a cost to themselves.

Richard, 64, revealed he was holed up at a Gatwick airport hotel and has had to fork out £228 a day on food that he feels leaves a lot to be desired.

On Friday, the actor told his Instagram followers: ‘In quarantine at Gatwick 4* Holiday Inn (under reconstruction) charged £228 per day.

‘These 3 meals amount to approx £20. Non quarantine Holiday Inn nearby costs £89 incl breakfast. How does Gov justify this cost to a traveller for ‘hospitality’. You do the maths as am confounded!’

He included a photo of his meals for the day, which included a tuna and cucumber sandwich, chips and a small carton of orange juice.

The following day, Richard updated fans and explained: ‘Visited my 90 yr old Mum in Southern Africa & caught by the red region restrictions.A week of multiple cancelled flights then 10 days quarantine. 2 Covid tests & hotel security costs included but why does the food have to be so dire at a compulsory cost of £228 per day?

He added in a tweet that the food was ‘grim’. 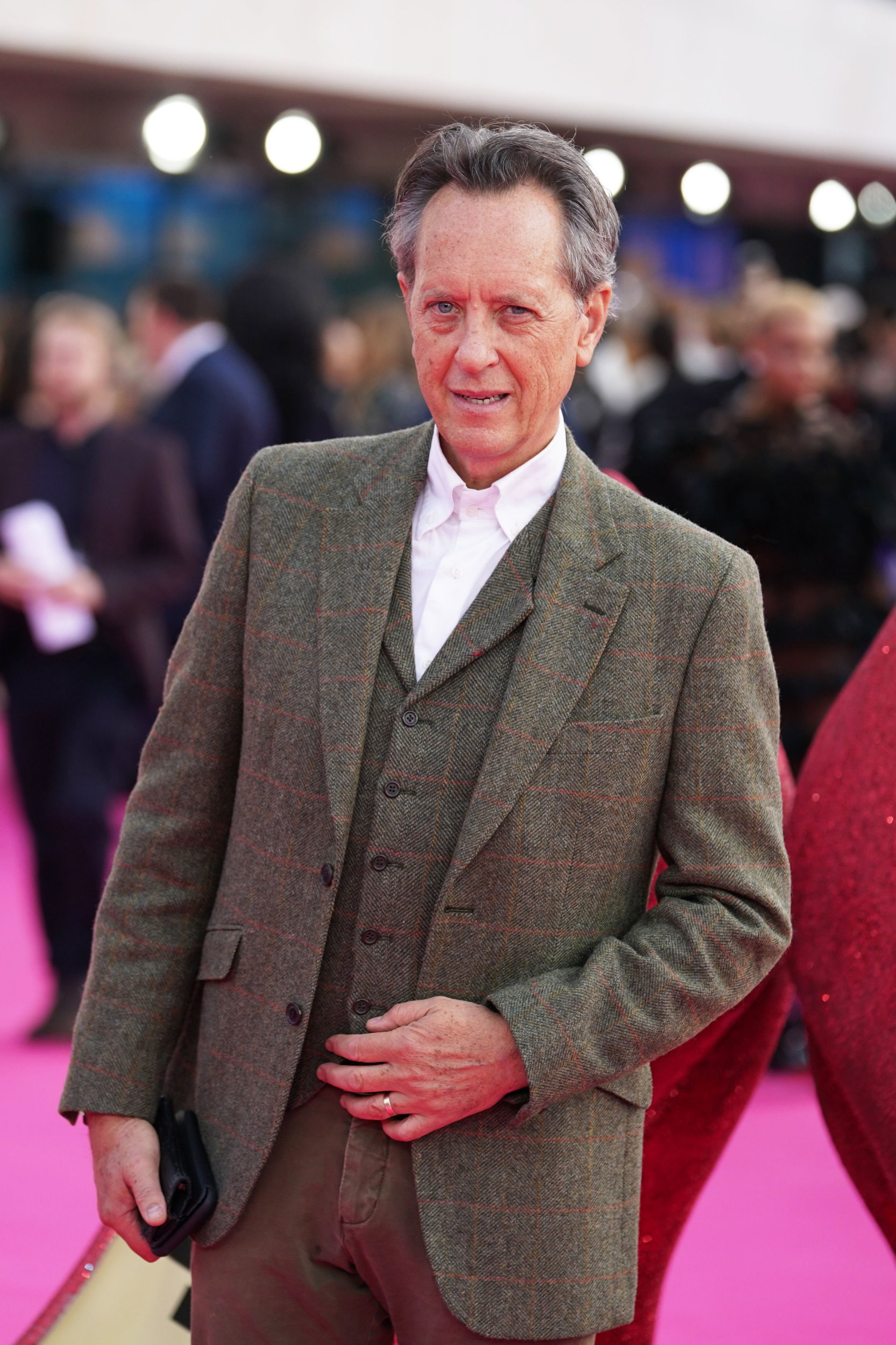 Richard continued to share his experience in a video, stating: ‘I understand that there are security costs in the hotel and you have got to pay for two Covid tests but £228 a day and to receive three meals a day of this very poor standard in a supposed four star Holiday Inn hotel beggars belief.’

The Withnail and I actor recently said that he feels ‘sentimental’ approaching his first Christmas without wife Joan Washington, who died in September following a short battle with lung cancer.

He told RadioTimes recently: ‘It’s a sentimental time of year.

‘I’ve kept every decoration our daughter made for the tree when she was a child and adolescent. I love Christmas, I put up the tree on 1st December, take it down on 12th night, it’s on for six weeks.

‘I like all of it, the parties and celebration, having people round, decorating your house and lights. Everything.’