Robin Roberts is a doting dog mom to Lukas, who she adopted with her partner Amber Laign.

Lukas is so popular with the GMA star’s fans that he even has his own Instagram account, which is regularly updated.

And most recently, Lukas was pictured with another dog called Franklin in a picture from Robin and Amber’s Connecticut home.

Fans were quick to ask whether Robin and Amber had adopted another dog, especially as a segment on adopting dogs had recently been played out on GMA.

“Is Franklin part of the family now?” one wrote, while another asked: “Omg did I miss something? Did you get another dog?” A third added: “Is Franklin your new dog?” A fourth remarked: “Was Franklin the one you held on the show the other day? Are you fostering or adopting?”

Robin and Amber haven’t clarified whether or not Franklin is their dog or simply a visitor, but either way it’s safe to say he’s incredible cute!

Robin and Amber adopted Lukas several years ago from the North Shore Animal League in Port Washington, New York. It identifies itself as the largest no-kill animal rescue and adoption organization in the world.

Robin wasn’t quite ready to adopt, but Amber was. Lukas, a Tibetan spaniel-papillon mix, caught her eye and the rest was history.

Their adopted “lil man,” as he is affectionately known as, has become a firm fixture in their lives. He lives the life of luxury at their beautiful Connecticut home and enjoys vacations with his much-loved owners too. 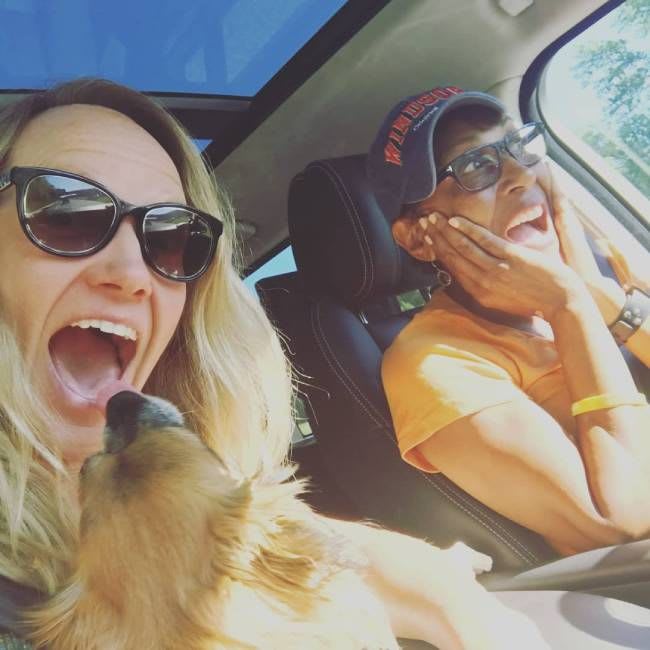 Robin with partner Amber Laign and their rescue dog Lukas

Lukas has also been a source of comfort for the couple during Amber’s breast cancer battle. Robin announced the sad news of her partner’s illness on GMA earlier in the year, and has been updating her fans on her progress.

Most recently during an appearance on Ellen, the TV star disclosed: “She’s doing well, which is great,” before telling the TV host how Amber found out she had cancer. 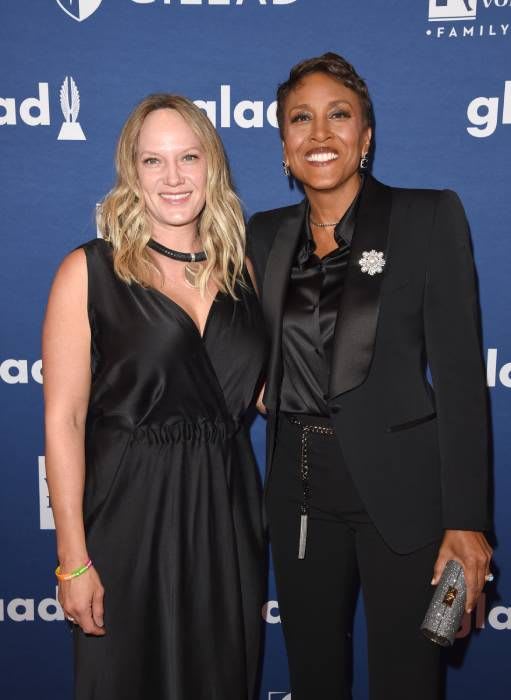 Amber and Robin have been dating for 16 years

“Like many people, she had put off going to the doctor during the pandemic,” she said. “And at the end of last year, she followed through with a regular exam and it was discovered. The message is ‘get those regular exams, it could save your life,'” she concluded to a round of applause from the audience.