Russell Wilson explained how he and Ciara make their nearly five-year union work by ‘always loving on each other,’ ‘communicating’ and more while revealing his secret marriage advice.

“You got to keep it sexy, you got to keep it romantic,” Russell Wilson said about maintaining a strong marriage. This is how the Seattle Seahawks quarterback has enjoyed nearly five blissful years of marriage with music superstar Ciara, 35, which he revealed to Entertainment Tonight in an interview published on Feb. 10. “You got to constantly put each other first, and we have our date nights every Friday,” Russell added. “We try to do our thing and have our one-on-one time and make sure that we spend that quality time doing something fun together. That’s one key thing.” 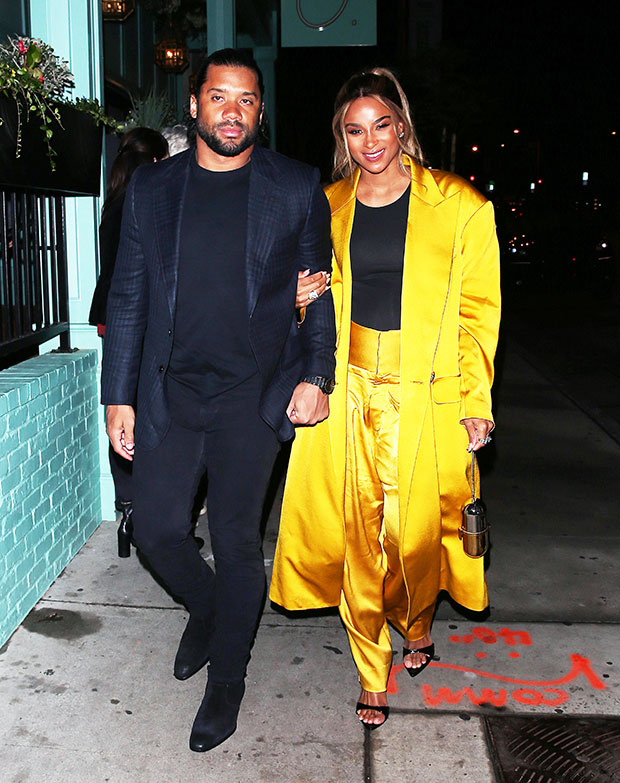 Russell added “communication” is another “key” behind his successful marriage. “We’re always talking, we’re always loving on each other, making sure we’re constantly asking how we’re doing, this and that. We always want to make sure our souls are well…We’re always focused on that,” the NFL star continued. “So communication, keeping it sexy, and I think the third part of it is, as a man we got to keep competing.”

As for what he meant by “competing,” Russell explained, “I think that so many times as men, I think we get so settled down on, you know, ‘OK, we’re good. OK cool.’ And I think that you got to keep that energy throughout every day, throughout every week and throughout because it’s worth it. It’s worth it and I like winning.” This is no surprise coming from the recipient of the Walter Payton NFL Man of the Year title, a prestigious honor that Russell was honored with on Feb. 6.

Beyond sexiness, romance, communication and competing, Russell also voiced the important of helping out — especially if you are raising children together. “It’s always knowing how you can help and always being able to take care of the kids if you need to,” Russell said, who shares his daughter Sienna, 3, and son Win, 6 months, with (Ciara also shares a 6-year-old son, Future, with her ex who shares the same name). Russell gushed that all three of the kids together are “show-stoppers,” adding, “They just entertain all day, they’re amazing, they’re as sweet as can be, super athletic, super fun, super engaging, they love music, they love everything. They’re always dancing, always having fun and it’s the greatest gift you can have.”

Russell also had a serious confession to make. “Somebody asked me the other day, ‘What’s your greatest fear?’ I said, ‘Losing her because she means everything to me,’” Ciara’s loving husband admitted. “It’s one of those things that [in] life somebody’s not going to be here, this or that. And I think the reality is, is that I cherish every day with her because the days are numbered. We don’t know the number, but the days are numbered, and I want to maximize each number. I want to maximize each moment and she’s worth maximizing each moment, each day.”

Ciara makes sure to return the love, just like Russell said. Amidst the NFL season, the “Level Up” singer and her three kids adorably dressed up in matching Seahawks varsity jackets to cheer on their favorite family man during a game in Jan. 2021. Although the Tampa Bay Buccaneers ultimately went on to beat the Kansas City Chiefs at the Super Bowl this past Sunday on Feb. 7, Russell and the Seahawks did win the Super Bowl XLVIII in 2014.