SEBASTIAN SHAKESPEARE: Lucian Freud’s £40,000 gift to his favourite nun from beyond the grave

Eight years after he died one of Britain’s greatest artists has left a most unlikely bequest to a nun who runs a pony centre in West London next to a notorious prison.

One of his unfinished sketches of a pony called Goldie — which he gifted to Sister Mary Joy — was sold yesterday at Chiswick Auctions for £40,000. 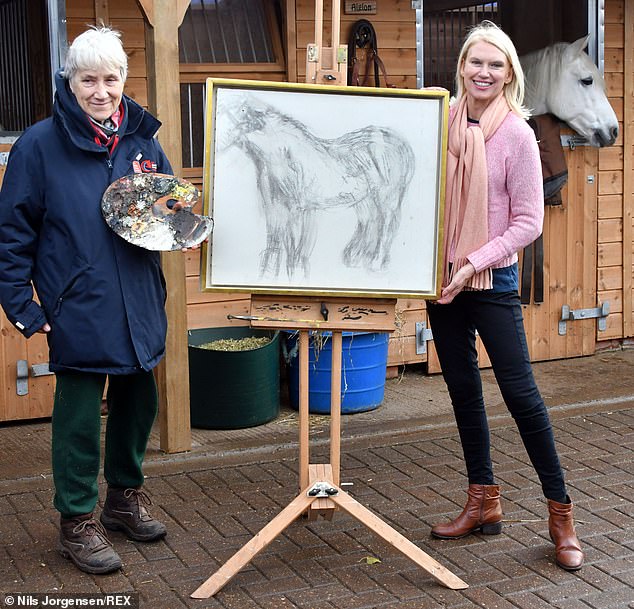 One of Britain’s greatest artists, Lucian Freud, left some of his sketches to a pony centre in West London. (Pictured: Owner and seller Mary-Joy Langdon with Anneka Rice and a sketch of their pony Goldie)

Sister Mary Joy struck up an improbable friendship with Freud after he turned up in 2002. She failed to recognise him and mistook him for an amateur and handed him a beginner’s book on how to paint horses, which he soon returned.

Such is the reverence for the artist, who died aged 88 leaving £96 million in his will — with 14 children acknowledged and many unacknowledged — that a broken mug and a few rags covered with oil which belonged to him fetched £2,800 at the same auction. His palette sold for £3,000 and his easel went for £2,200.

Sister Mary Joy is understandably overjoyed. ‘We’re all very happy with the outcome,’ she tells me. She says that until January this year, no one other than herself, Freud and his friend and photographer David Dawson had ever seen the sketch of Goldie.

The proceeds of the auction will secure the future of the centre, which helps children with learning difficulties, mental health problems and physical disabilities.

Despite the sale, Freud has not been expunged from the pony centre. ‘I haven’t got any more sketches,’ acknowledges Sister Mary Joy, ‘but I took a few photographs of him. Not very many, but the ones that I’ve got are certainly treasured possessions.’ 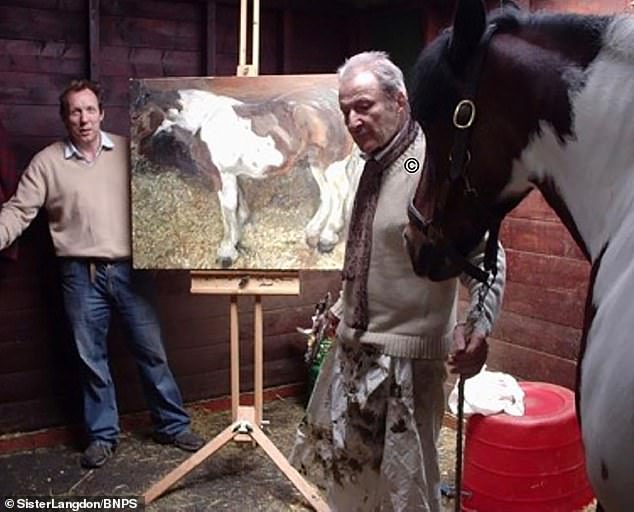 The picture donated by Freud, pictured at the centre, was sold yesterday for £40,000

The Queen won’t be following Prince Andrew’s example and giving a TV interview. When Eamonn Holmes collected his OBE, she told him: ‘You must have interviewed a lot of people.’ He replied: ‘I’ve interviewed everyone in your family, ma’am — with one exception.’ 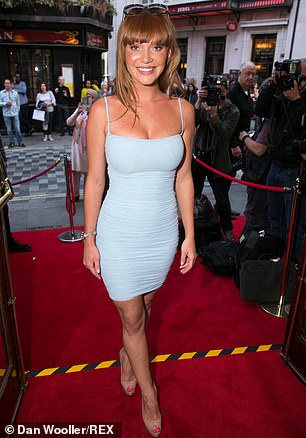 Summer Monteys-Fullam, the 24-year-old red-headed barmaid who split from Bake Off star Paul Hollywood, 53, after he asked her to sign a non-disclosure agreement, says she hasn’t been put off older men.

‘I’d date an older guy again,’ she tells me.

‘But I don’t think anyone in a relationship should sign an NDA. I’ll stand by that all the way.

Hollywood stars aren’t the only ones obsessed with their looks as TV historian Dan Jones admits he’s had a hair transplant to preserve his youthful image.

The Tudor expert, who has two daughters with wife Jo, admits the procedure was ‘very painful’, and adds: ‘I haven’t bought a Porsche but I think this might be the manifestation of an early on-set midlife crisis.’

Michelle Dockery likes to wear her heart on her sleeve — or in this instance her lapel.

The actress turned out last night for the Mayfair premiere of her film The Gentlemen with the words displayed on her jacket: ‘Be leaving, believing, be living.’

Dockery, 37, who starred as the aristocratic Lady Mary Crawley in Downton Abbey, plays a glamorous cockney wheeler-dealer in the director Guy Ritchie’s thriller.

She is said to be ‘absolutely head over heels’ with her boyfriend Jasper Waller-Bridge, Fleabag star Phoebe’s brother.

It is her first relationship since her fiance John Dineen died of a rare form of cancer in 2015. 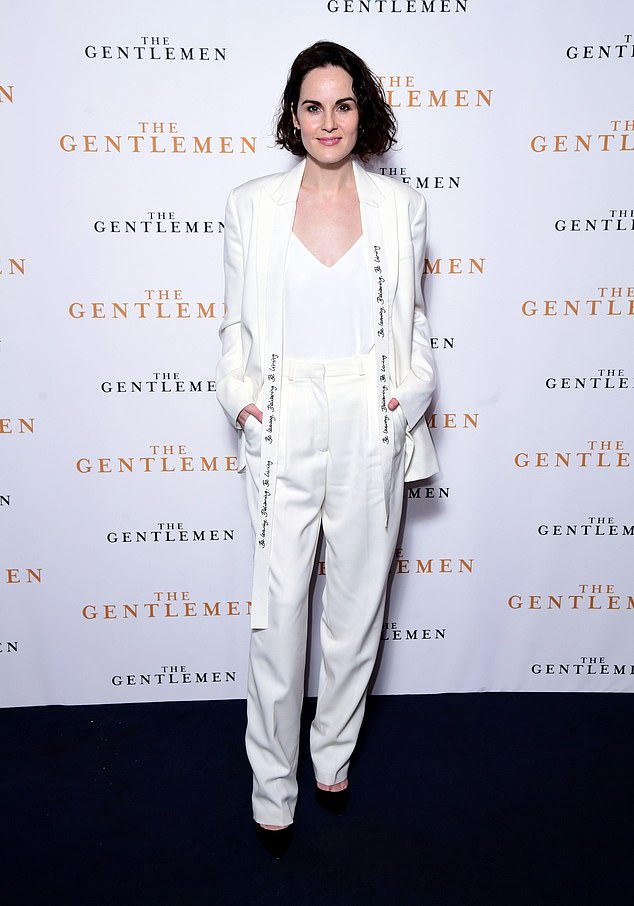 Michelle Dockery, who played Lady Mary Crawley in Downton Abbey, pictured at the premiere of her film The Gentlemen last night

Petrolhead Jeremy Clarkson isn’t impressed that his colleague James May is sneaking off to Japan for his own Amazon Prime travel series.

‘We’ve got James May in Japan, we’ve had Joanna Lumley in Japan and what’s-her-name, Sue Perkins in Japan,’ he snorts. ‘We’re certainly going to know a lot about Japan after all those.’

Will he watch his Grand Tour partner’s excursion? ‘Of course, everyone needs a laugh. James May in Japan will be hilarious.’ 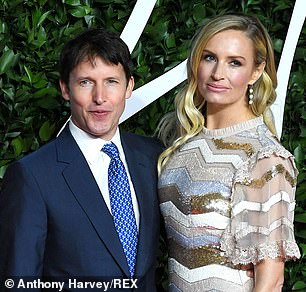 Sofia Wellesley, pictured with James Blunt at The Fashion Awards in Royal Albert Hall, London, said she was wearing an eco-friendly dress made by Needle And Thread

Was James Blunt’s aristocratic wife Sofia Wellesley hoping to win a medal for ‘most right-on’ at the Fashion Awards in London this week?

The Duke of Wellington’s 36-year-old niece attended the event where she boasted about wearing an eco-friendly dress made by Needle And Thread while James wore an old Savile Row suit. ‘Many fashion companies are beginning to take the issue of sustainability, waste and footprint seriously,’ says Sofia. ‘I’m aiming to keep purchasing with purpose and choose the companies doing it right. Also to borrow, reuse, recycle and upcycle as much as possible.’

The mother of two acquired her dress through a website which allows people to swap clothes. ‘I now rent, and will rent out, my clothes,’ she adds of her new lifestyle.