Fans flooded social media with concern for Selena Gomez after she was seen with an IV in her arm on IG Live, but luckily, the drip is nothing to worry about, according to a new report.

Selena Gomez fans can rest easy — the tube inserted into her arm during her recent Instagram Live was nothing more than a vitamin drip, according to TMZ. The site reports that Selena gets these vitamin drips on a regular basis, and that her health is doing just fine. She also reportedly “didn’t care to hide” the fact that she was loading up on healthy vitamins during the Live chat, which is why the IV was visible in the video.

When fans noticed the tube coming out of Selena’s arm during her Oct. 24 Live, they took to Twitter to voice their concern. After all, Selena has had a number of health problems in the past, which have stemmed from her Lupus diagnosis. In 2017, she even had to have a life-saving kidney transplant due to complications from the disease. However, Selena is “fine and healthy” these days, according to TMZ’s report. HollywoodLife has reached out to Selena’s rep for comment.

Selena has been spending a lot of time on social media over the last few weeks. However, rather than promoting her career, she’s been using her massive platform to urge fans to vote. Although Selena hasn’t officially endorsed either presidential candidate (Donald Trump and Joe Biden), she did do a Q&A with Biden’s running mate, Kamala Harris, on Instagram. 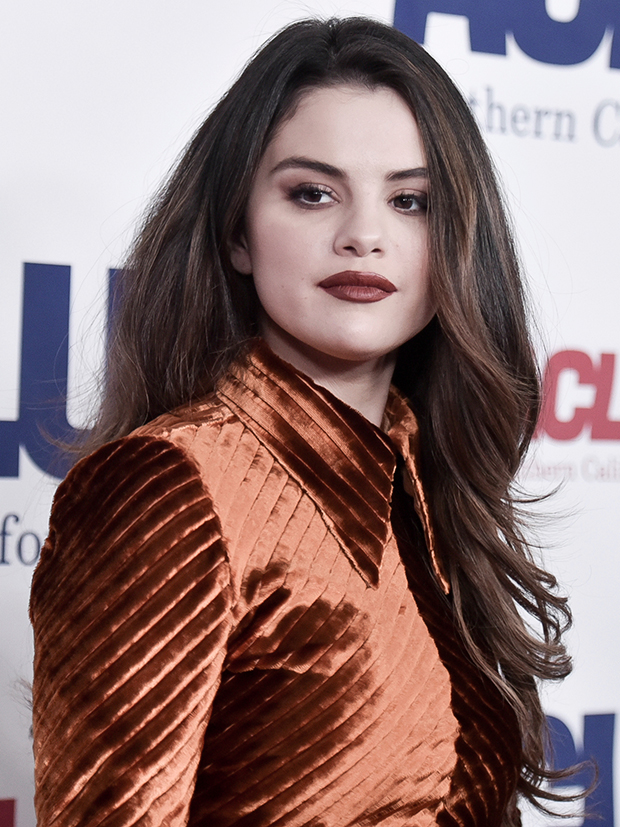 Additionally, Selena works with Michelle Obama’s When We All Vote organization, and even created a special playlist of her music on Spotify for people to listen to while they wait at the polls. She’s also modeled special ‘vote’ merchandise on social media to get her fans excited about casting their ballot. Sel admittedly just voted for the first time in 2020, which is why she’s been making such a push for other people her age to do the same.

With the 2020 election just one day away, celebrities are being more vocal than ever about the power of voting in America. Stars like Taylor Swift, Sophie Turner, Blake Lively, Ryan Reynolds, Kim Kardashian, Kylie Jenner and many more have been using their massive social media platforms to share important messages and information about the process, as well.