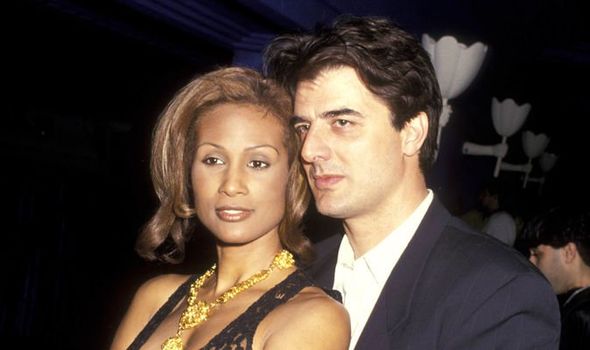 In papers filed in 1995, the actress and singer Beverly Johnson claimed he threatened “to disfigure her”. The details re-emerged after Noth, 67, was accused this week of sexual assault by two women in The Hollywood Reporter. Details of the court documents were revealed in The National Enquirer when they were filed.

The famed US tabloid reported at the time: “Beverly told a pal ‘I’ve never been so frightened in my life. I just can’t believe that someone who had once been so tender and sweet could turn into this raging wild man’.”

The model, now 69, also reportedly tried to get a restraining order against Noth, who was starring as Detective Mike Logan on Law & Order at the time.

He strongly denied the ­accusations made against him by the model. No criminal charges were ever filed against Noth.

A posting of the original article on Instagram has gone viral since in the States. It comes as a third woman came forward to point the finger this week. Former Law and Order guest actress Zoe Lister-Jones said she witnessed Noth acting wrongly towards females and herself ­calling him a “sexual predator”.

He has categorically denied any wrongdoing. Noth played Mr Big in Sex and the City although the character was killed off in the show’s reboot And Just Like That…released last week.

Writing on Instagram, Ms Lister-Jones, 39, said: “The man is a sexual predator. In my twenties, I worked at a club in NY that Chris Noth owned and he was consistently sexually inappropriate with a female promoter.

“That same year I was a guest star on Law & Order. He was drunk on set. During my interrogation scene, he had a 22oz of beer under the table that he would drink in between takes.

“In one take he got close to me, sniffed my neck, and whispered, ‘You smell good’.”

Earlier this week a woman using the pseudonym Zoe – no connection to Ms Lister-Jones – told The Hollywood Reporter that the actor sexually assaulted her in Los Angeles in 2004.

The second woman, “Lily”, said she met Noth in 2015 at a New York bar. She alleged the actor sexually assaulted her at her apartment. Noth has denied the allegations and claimed “the encounters were consensual”.