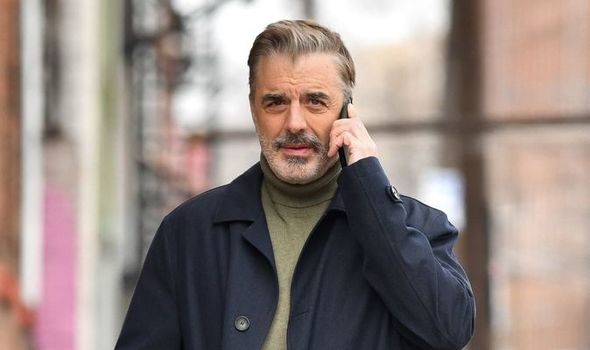 The actor, who plays Mr Big in the hit TV shows and movies, admitted meeting both women but insisted “the encounters were consensual”.

The women made the claims in US magazine The Hollywood Reporter.

One, using the pseudonym Zoe, said seeing the actor reprise his role in the new reboot of the series, And Just Like That, “set off something” in her.

She said: “For so many years, I buried it,” adding she thought it was time “to try to go public with who he is”.

In a statement, Noth, 67, said: “The accusations against me made by individuals I met years, even decades, ago are categorically false.

“These stories could’ve been from 30 years ago or 30 days ago.

“No always means no – that is a line I did not cross.”

The actor added: “It’s difficult not to question the timing of these stories coming out. I don’t know for certain why they are surfacing now, but I do know this: I did not assault these women.”

What is happening where you live? Find out by adding your postcode or visit InYourArea

Zoe said she met Noth in 2004 after she moved to Los Angeles. Then 22, she had a job at a “high-profile” firm that worked with celebrities.

She claimed: “He would walk by my desk and flirt with me. He somehow got my number from the directory and was leaving messages on my work phone. My boss was like, ‘Mr Big’s leaving messages on your voicemail.'” She said she was later invited to the pool at Noth’s West Hollywood apartment building, where he kissed her.

Zoe said she kissed him back then told the actor she was returning to the pool where her friend was waiting.

But she alleges he pulled her towards him and sexually assaulted her.

The second woman, using the name Lily, said she met Noth in 2015, while she was waitressing in a New York bar.

She alleged the actor invited her out to dinner and, afterwards, sexually assaulted her in his apartment.

Mr Big is the love interest of Sex and the City’s Samantha, played by Sarah Jessica Parker, 55. But in shock scenes in episode one of And Just Like That, screened on Sky, he dies after working out on an exercise bike.