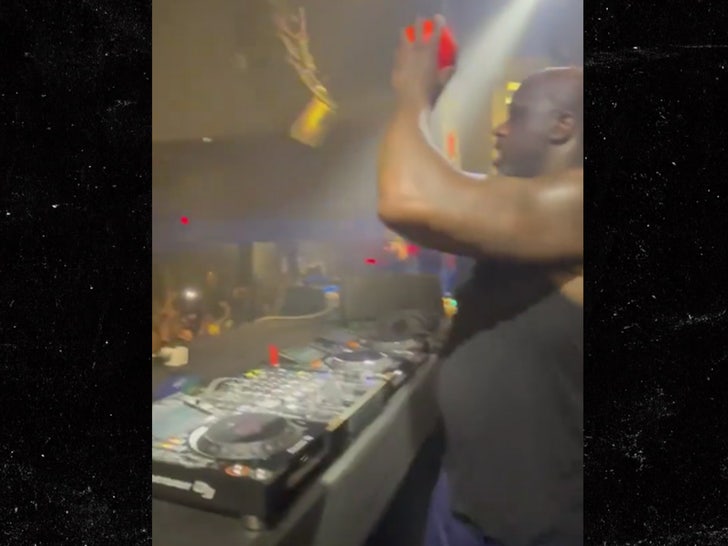 Shaquille O’Neal was an awful free-throw shooter during his career, but the Hall of Famer might’ve finally sorted it out … ’cause he drained a shot right in the middle of his DJ set!!

The Big Aristotle has had a successful second career as a DJ since retiring from the league in 2011 … and combined both of his passions at once at a recent concert by taking a mini ball and shooting at a hoop in the crowd.

But, unlike half the free throws he shot in his career (love you, Shaq) … this one actually went in!!

O’Neal — who shot an abysmal 52.7 percent from charity stripe during his career — was never known to be able to hit clutch free throws late in the game … but this time around, he hit it with ease!!

Everything from the form to the release looked good … with Shaq even using his patent one-handed push shot … and everyone loved it!!

Now this might not carry the same pressure as 20,000 fans booing you at the charity stripe in an NBA Finals game … but the degree of difficulty on this shot attempt was pretty damn impressive!!