Susanna Reid, 49, has interviewed a lot of people in her time as a broadcaster, but one particular moment stood out for her. As the Channel 4 hit cooking show Bake Off, returned to our screens on Tuesday evening for another series, the Good Morning Britain host revealed presenter Prue Leith once put her in her place.

The sassy remark came after the restaurateur caused quite the stir when she blasted mums for sending their children to school with sweet treats in their packed lunches.

In her latest column for Mail Online, Susanna relived that tense moment.

“I have interviewed Prue Leith a number of times,” she wrote.

“She once caused uproar on GMB when she called for a ban on school packed lunches for being filled with sweet treats by doting mums.”

But the journalist in her knew to point out the hypocrisy that, as someone who presents a cake show, is now advocating for a ban on sweets. 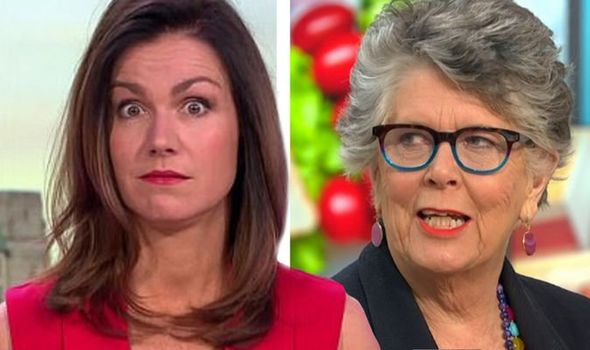 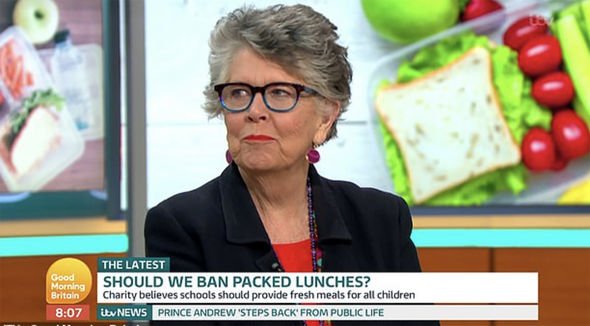 “I felt great trepidation as I dared to ask her whether she saw any conflict in her healthy-eating message while also promoting cake on a popular TV show,” Susanna recalled.

“She looked over those famous red spectacles and said witheringly, ‘Of course, it’s a very obvious one, but that is the competition.’

She added: “That was me told.”

Bake Off defied the odds by returning this year, as the 2020 contestants take on the challenge in a covid-friendly bubble at a time of national crisis.

And while she’s glad to have it back, the ITV star admitted her fears about watching the rest of the series. 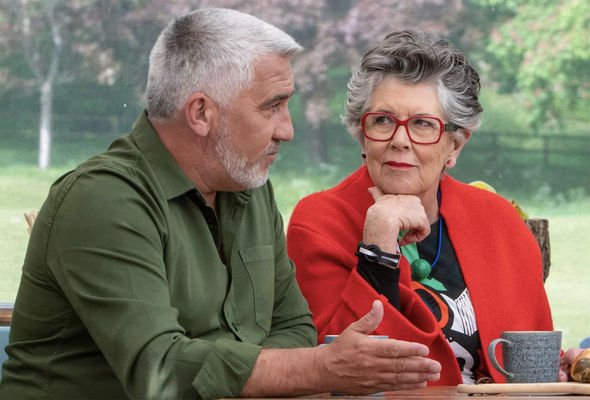 “Actually, I am a bit worried, I’ve only just got back to healthy habits after too many custard creams in lockdown,” she giggled.

“I don’t know how I’ll resist the biscuit tin now we’re back to watching all those delicious creations every Tuesday.”

The show aired just after Prime Minister Boris Johnson announced the new rule changes in England, something he explained was “imperative” to stop growing infection rates to avoid another national lockdown.

The rules now stipulate that pubs, bars and restaurants have to abide by 10pm curfews, a rule of six is now enforced and the fine for not wearing a mask has doubled to £200.

While many see the rule changes as a precaution, others are taking the warnings more seriously and the panic-buying has once again begun.

People took to social media to share their stories of empty supermarket shelves as some prepare for another hard lockdown.

And among those people was Susanna, who held her hands up and admitted she has stocked up on toilet roll.

“While everyone rails against the Covidiots who are panic-buying toilet rolls, can I put my hand up and admit I have stocked up?” she wrote sheepishly.

“It doesn’t feel like a good time to be running low on basic supplies.”

She explained she “didn’t go mad”, just added a few more essentials to the trolley on her weekly shop, just incase.

“I reckon that one person’s panic-buying is another’s sensible preparedness,” she wrote.

“Along with one extra pack of toilet paper, I bought some UHT milk and pasta, plus biscuits. You never know.”

GMB airs weekdays from 6am on ITV.