While their working relationship seemed relatively fine for a while, in July, the former couple made headlines after Tarek flipped out on Christina on set. People reported that Tarek completely unloaded on Christina, saying he enjoyed “watching her fail.” The realty reality star also compared Christina to his fiancée Heather Rae Young and said his ex was a “washed-up loser.” TMZ also reported that Tarek said his fiancée Heather Rae Young was “richer and hotter” than Christina. Tarek also reportedly yelled, “Look at me, look at me, look at me. It’s called winning,” and ended his tirade by telling Christina, “The world knows you’re crazy!” Anger control issues, anyone?

A source close to the former couple did tell People that Tarek was “super remorseful,” explaining that “They’re exes who share a history and children and a workplace, but outside of coparenting, they’re not friends.” Needless to say, it’s not the ideal way to work every day. To find out the scoop on how stressful it is for Tarek and Christina to work together, keep on reading! 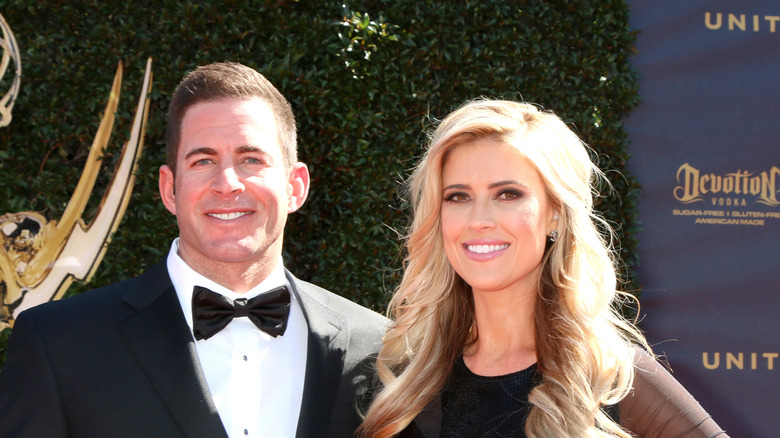 Months after the fact, Tarek El Moussa sort of came clean about his rant on his ex-wife Christina Haack on the “Flip Or Flop” set in July. In an interview with E!’s “Daily Pop” (via Daily Mail), Tarek admitted that there was a “disagreement” with his ex which he hoped to never repeat. The 40-year-old reality star claimed there were “choice words said on both sides.”

While Tarek alleged that there were harsh words on both sides, he argued that his words were the only ones reported. However, despite the harsh words in July, Tarek’s words in September were far more measured. “As you can imagine, it can be stressful working with an ex and we did have an incident where some choice words were said on both sides and I’m sure we both wish the whole thing never happened,” he told E! News. “I never want to go through that ever again, I never want her to go through that again, and I know one day our kids are going to be older and I want them to know that we still care about each other and we still support each other, and it’s really important to me.” Tarek concluded, “The whole thing just sucked for everyone involved.”