Taylor Swift continues to spoil us with new music!

If you’re already tired of 2021, you’re in luck: this week, Taylor is planning on bringing us back to 2008 with the release of Fearless (Taylor’s Version). The critically acclaimed country album (her second, and the first of three Album of the Year Grammy winners) is not only full of familiar hits, but the new version also contains a handful of unreleased “From the Vault” tracks that have fans in a tizzy.

On Wednesday, the pop star executed one of her new favorite moves — the surprise drop — with one such “Vault” song, Mr. Perfectly Fine, written way back when by her teenage self and produced by her current-day collaborator, Jack Antonoff. Ch-ch-check it out below:

But if we’re returning to the Fearless era, that means we’re returning to something else too… speculation about who the song was written about at the time. More specifically, if the tune is about Joe Jonas, her (assumed) muse back in the day. And while present day Tay is totally above the whole “pinning songs to exes” thing, she’s clearly willing to indulge her slightly petty teenage self. She insinuated as much in her tweet about the track:

“Me in 2020: life is chill, writing songs based in fiction to avoid drama, feeling pretty grown up

My 2008 music from the vault, in a goblin voice: ‘REELEEEEEEASE MR PERFECTLY FIIIIIIINE’”

So what’s the evidence connecting the track to the Disney alum? Well, besides the timeline, there are striking similarities between this song and ones from Speak Now, her (allegedly) very Joe-inspired third album. Mr. Perfectly Fine also refers to her ex’s “brand-new girl,” and the boybander famously got together with actress Camilla Belle shortly after the infamous breakup.

And then there’s this new lyric:

“But that was when I got to know Mr. Change of heart”

Which sounds a lot like the DNCE frontman’s post-breakup MySpace entry:

“Anytime you are in a relationship for any length of time there are going to be issues. Sometimes they resolve. Other times they lead to a change of heart. This was the case recently.”

Whatever the case may be, the fans were all over the Joe connection. He quickly began trending on Twitter, with reactions including:

“joe jonas trending because of taylor’s new song…. i love how she woke up and decided he was going to have a bad day today”

“joe jonas will never be free”

But if you’re worried about the peace between the Swift and Jonas households, here’s the verdict from noted Swiftie and Mrs. Jonas herself, Sophie Turner: 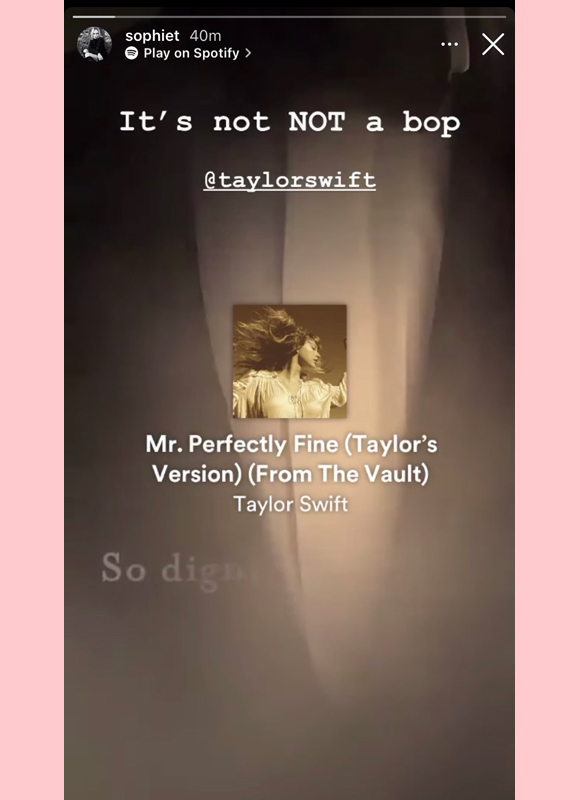 And Taylor even reposted the IG story, with her own GoT-inspired commentary: 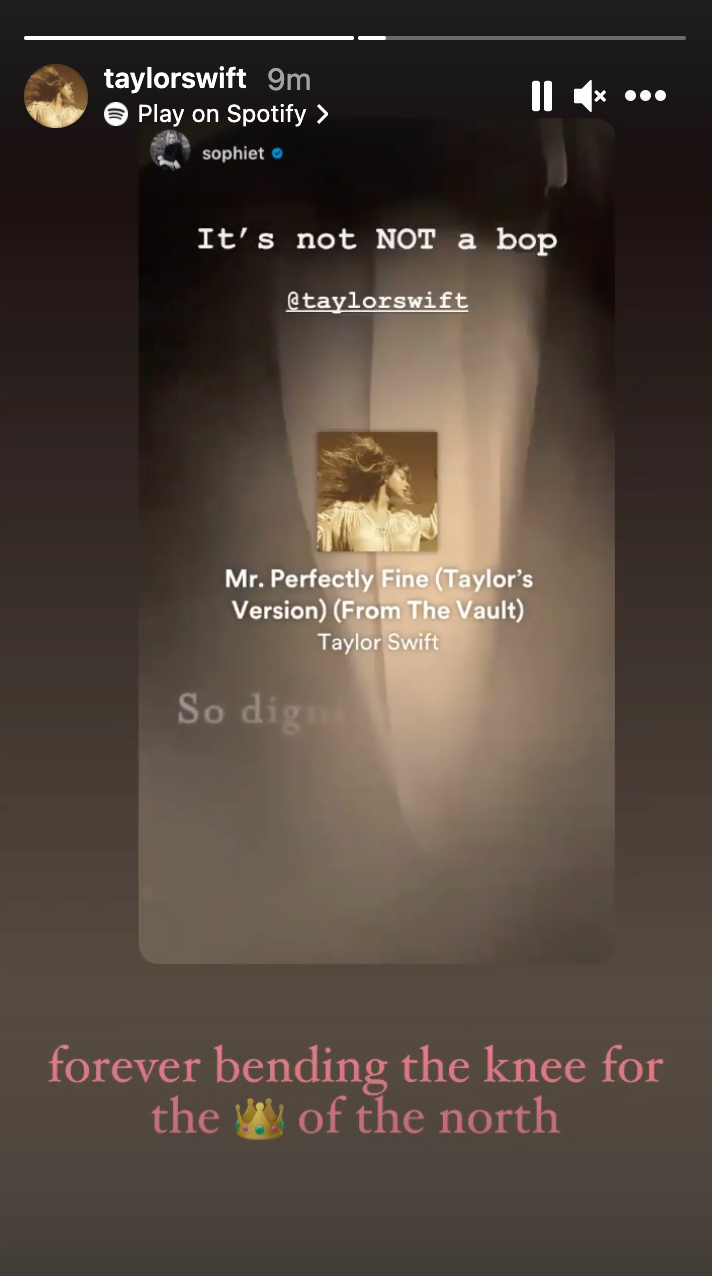 If Joe’s baby momma and Tay on board, we have to assume all is well. But with fans anticipating more re-records in the near future, there’s another person who may want to watch his back:

LOLz. It’s definitely going to be interesting to see what other lyrical gems have been tucked away in the vault over the years! 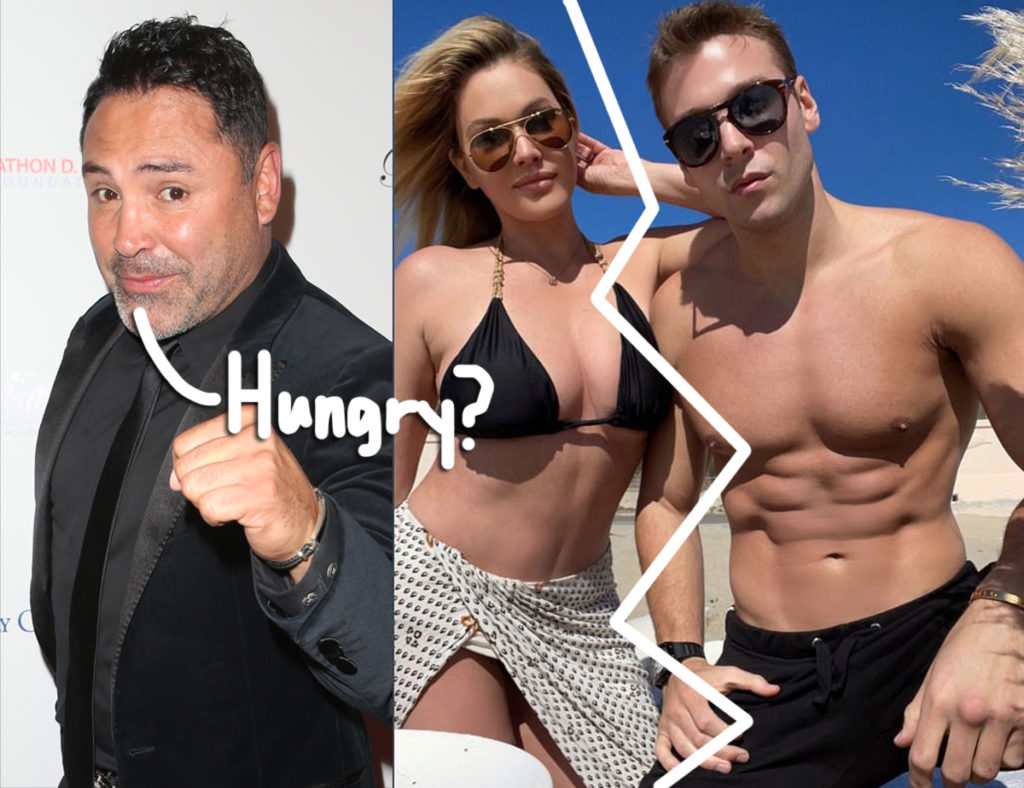 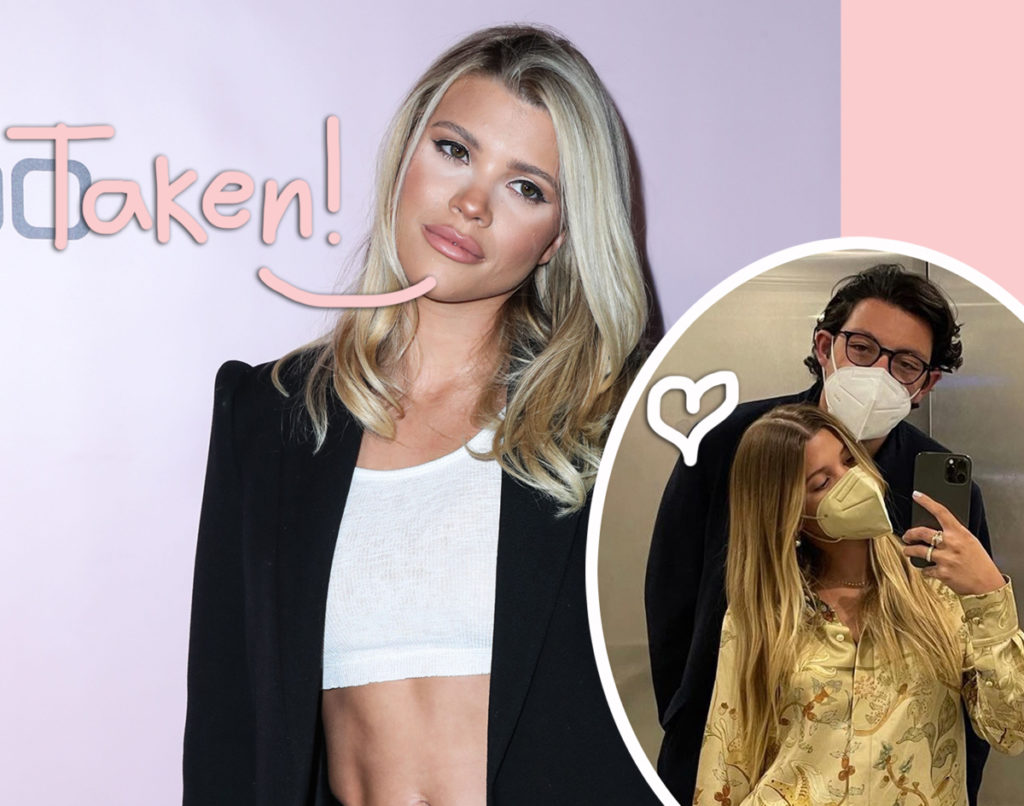 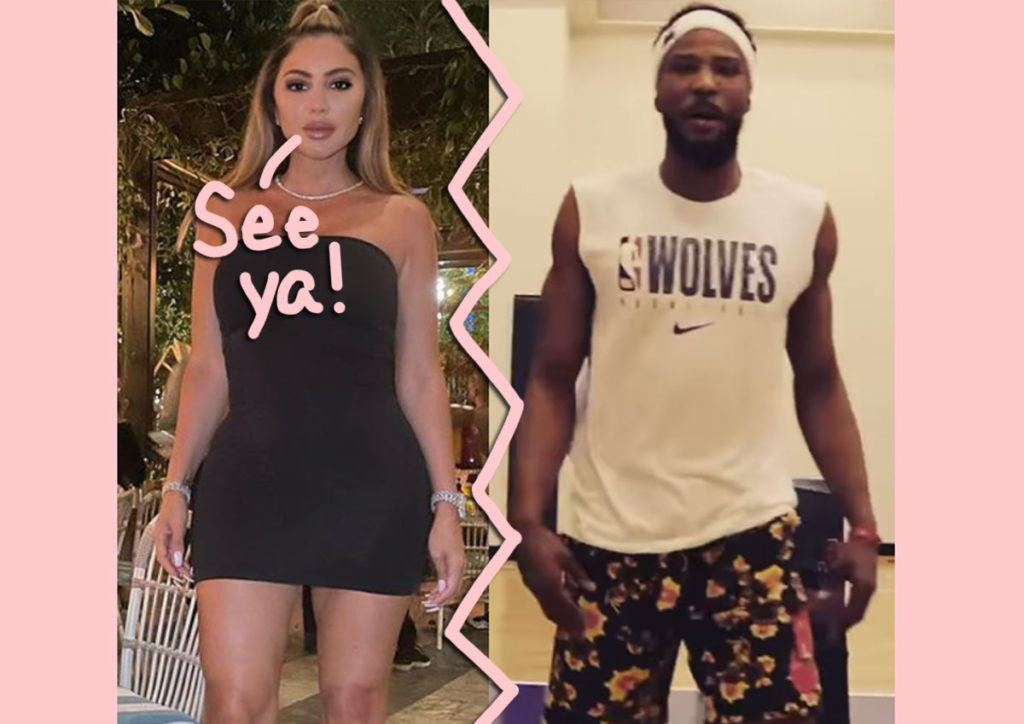 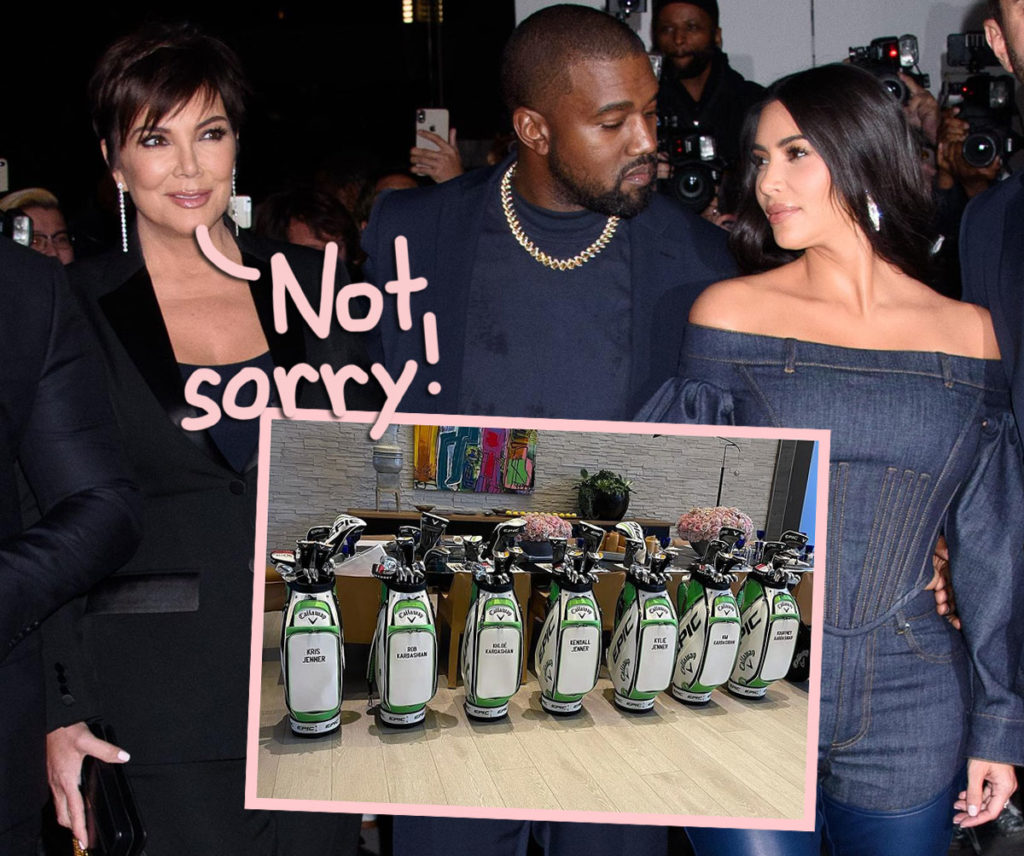