The Cambridges use emotional intelligence to discipline their children 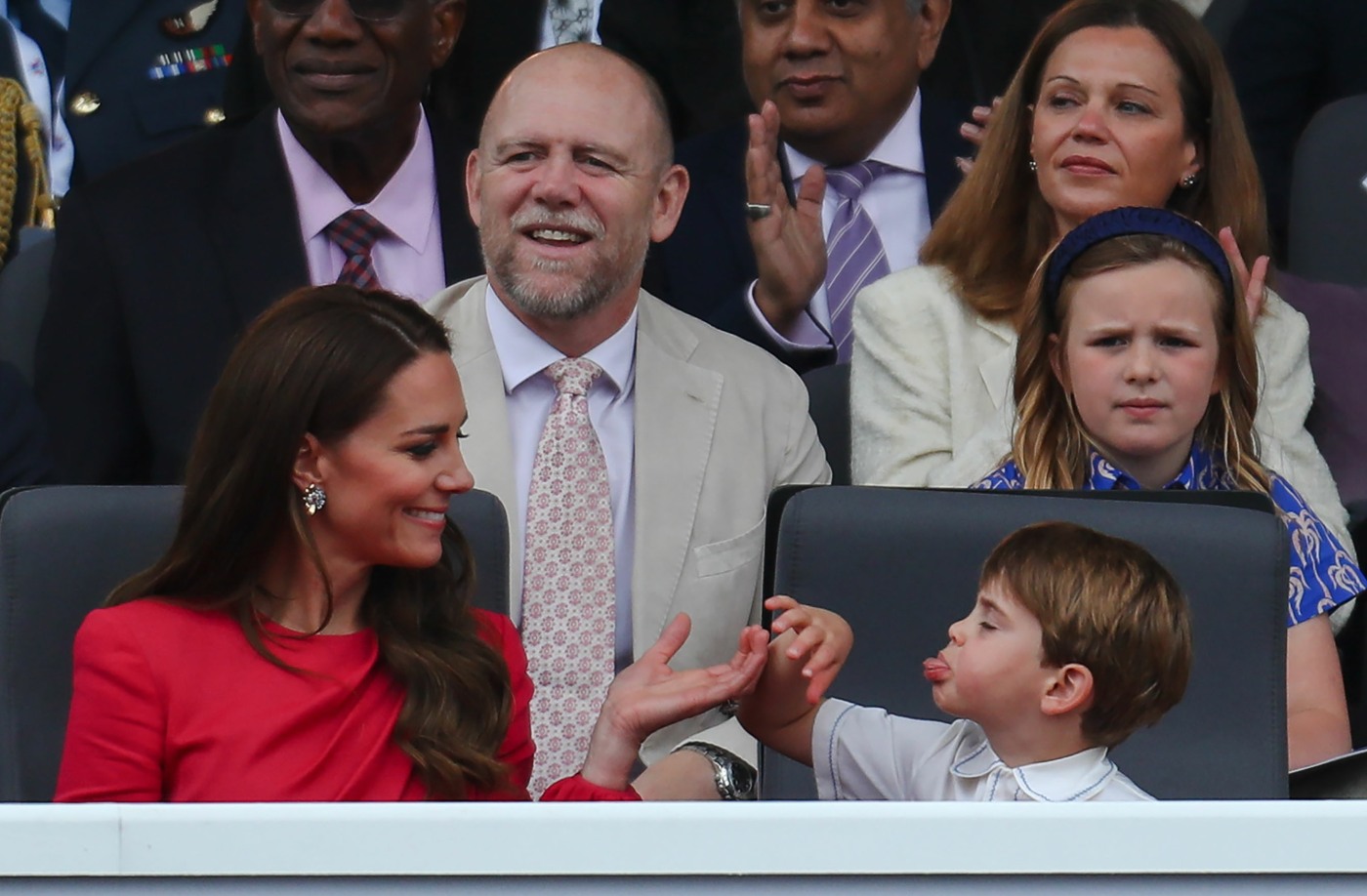 Nothing will probably ever top the Duke and Duchess of Cambridge’s Caribbean Flop Tour for “irreparably damaging William and Kate’s image.” But it’s starting to feel like William and Kate’s choosing to overexpose their children during the four-day Jubbly weekend is going to turn out to be another one of those moments which completely changed the keen narrative. You can tell that William and Kate both know that they’ve f–ked up too. That’s why they sent Mike Tindall out to do damage control about Louis’s very public tantrum. That’s why Jan Moir’s Daily Mail column about the kids’ overexposure felt so significant. So here’s another attempt at damage control: a “royal expert” clearly got a call from KP to once again “explain” how William and Kate are actually great parents who are so in touch with their kids, despite all evidence to the contrary.

Prince William and Kate Middleton are ‘modern parents’ who use ’emotional intelligence’ to discipline Prince George, Princess Charlotte and ‘mischievous’ Prince Louis, a royal expert has claimed. Royal fans went wild after the Duke and Duchess of Cambridge were joined by their three children at various Jubilee celebrations last weekend, with four-year-old Louis’ antics stealing the show.

And now royal expert Jennie Bond has explained how the couple are ‘making a good job of giving their children as much of a normal upbringing as possible.’

Speaking to Okay! magazine, she said: ‘I’ve read that they have a very modern way of parenting where, instead of putting your child on the naughty step, you allow your child to explain why they feel how they do and have a conversation about it so they can express themselves and calm down that way. The result seems to be that they are children who are broadly well behaved. Louis didn’t misbehave over the Jubilee, but he was mischievous as four year olds are.’

The Mail then brings up a moment which no one really paid attention to, where Charlotte briefly looked sad/tired and William spoke to her and she perked up. That is just… a kid being a kid and whatever? William doesn’t get a gold star for speaking to his exhausted daughter after repeatedly forcing his three children to do public events. Besides, everyone is still clearly trying to deflect from the fact that Credible Early Years Expert Kate had no f–king clue how to handle Louis. And no, it wasn’t Louis being “mischievous” and he wasn’t looking to “have a conversation” with his mother. He was clearly trying to get her to STFU. 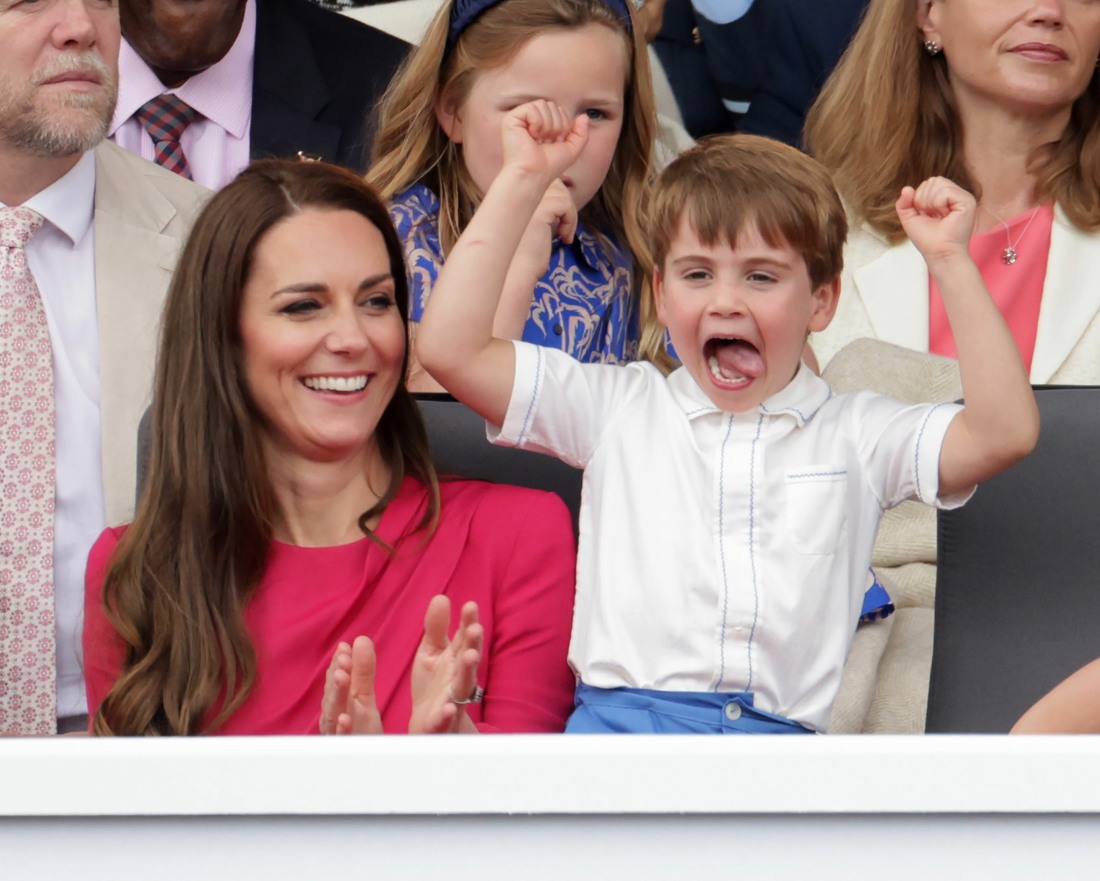 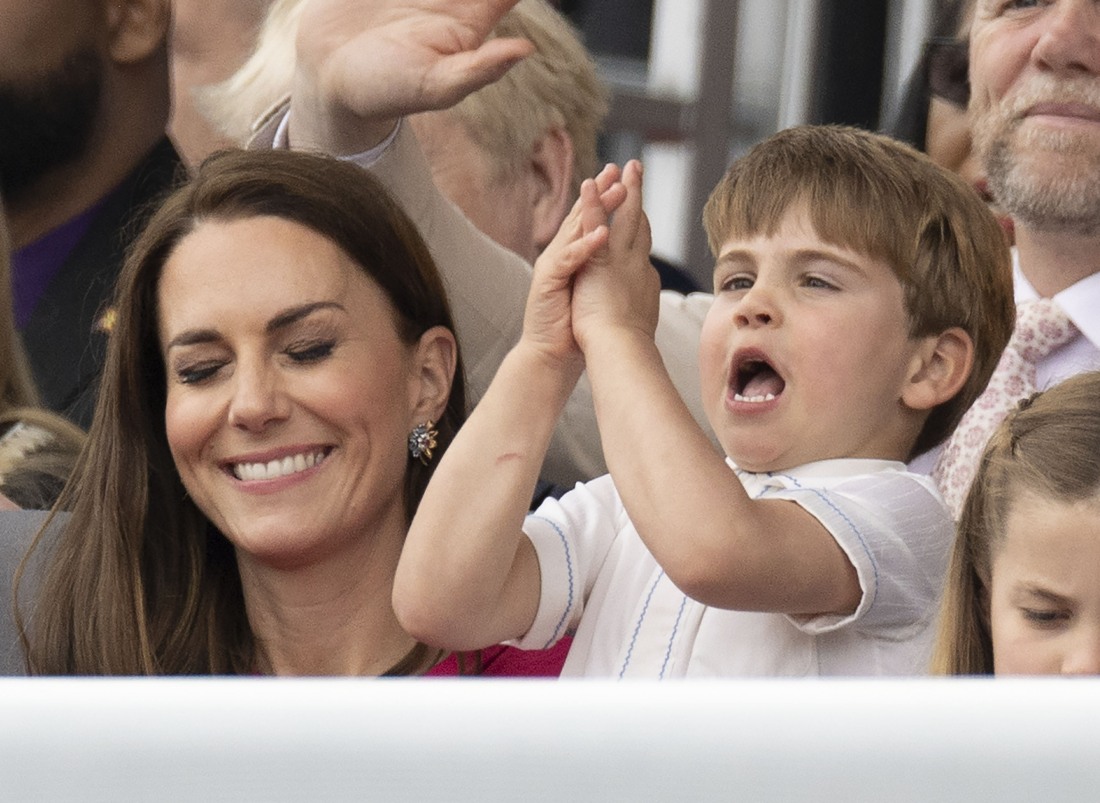 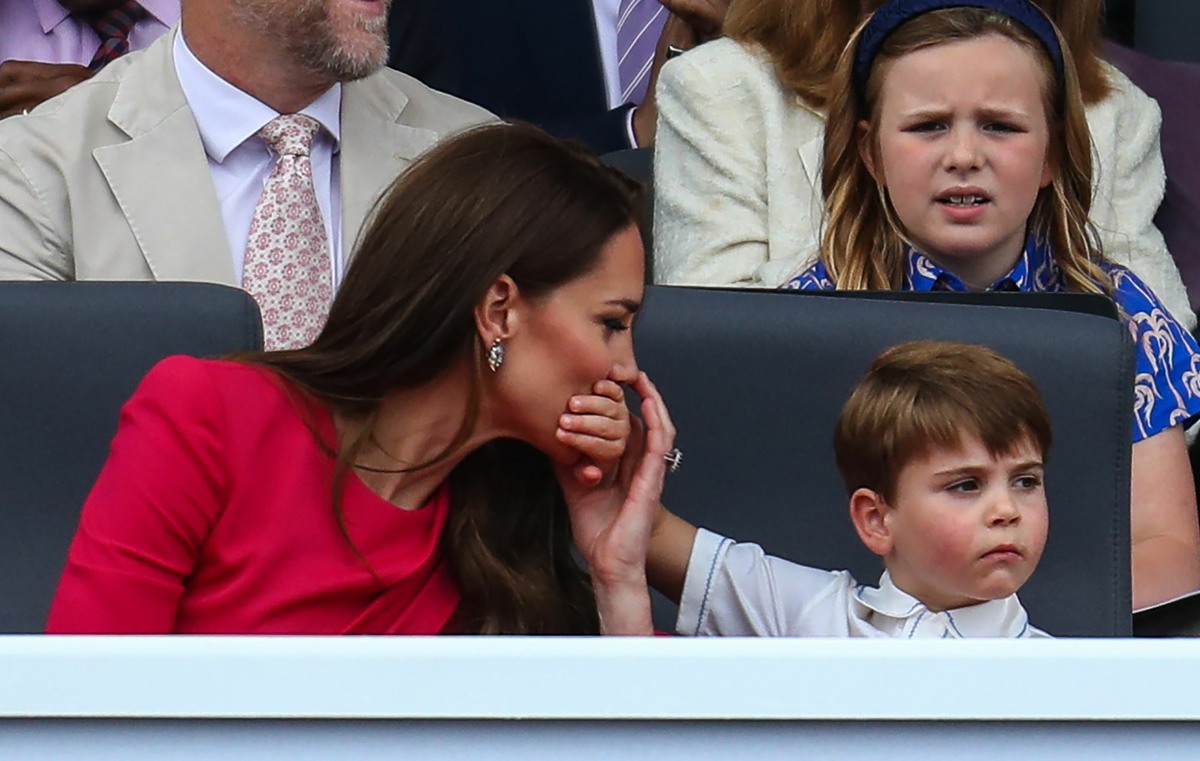