The secret life of entertainers who dipped their toes into espionage 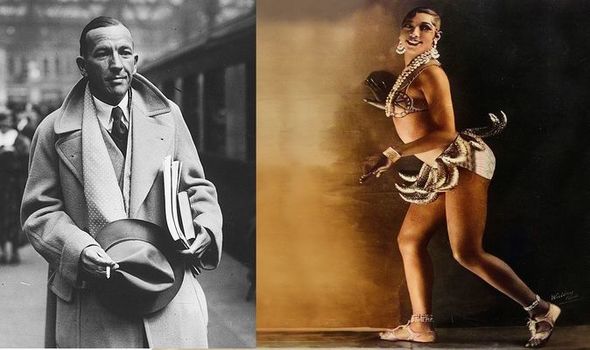 Stars live in the spotlight and spies in the shadows and that might seem to rule out the two professions working together. A famous entertainer is generally a successful entertainer, while a famous spy is most often either a failed spy or an ex-spy.

Yet many of the skills required are very similar, and both espionage and entertainment often involve pretending to be someone you’re not. Deception, improvisation, and role play are central to the work of both stars and spies, so it’s not surprising that both professions attract highly creative and eccentric personalities with similar skill sets.

Intelligence agencies throughout history have engaged performers on secret missions. Entertainers regularly travel internationally, enjoying “access all areas” privileges which allow them to network with politicians and royalty. If they keep their ear to the ground, they can be in a good position to gather and report back vital information.

Medieval jesters and Elizabethan strolling players were employed as intelligence gatherers and as couriers transporting secret documents. Nobody suspects an attention-seeking star performer is actually an undercover agent, and a clown in the court is unlikely to raise suspicion. A chapter in Harpo Marx’s entertaining memoirs tells of an occasion when, if he is to be believed, he was enlisted for one such secret mission.

Harpo was the first American artiste to perform in the Soviet Union, and his non-verbal comedy went down a storm with audiences in Moscow, Leningrad, and several provincial cities, playing to full houses and standing ovations.

Russian border officials were less welcoming when they opened his luggage to discover his theatrical props – according to Harpo, “Four hundred knives, two revolvers, three stilettos, half a dozen bottles marked POISON, and a collection of red wigs and false beards, moustaches, and hands.”

Harpo was touched by the response of Soviet theatregoers: “I got a tremendous satisfaction out of going into the hinterlands of the Soviet Union, where no one had heard of any non- Russian Marx – except Karl – and scoring a hit.”

At his final performance in Moscow, Stalin’s foreign minister Maxim Litvinov (later ambassador to the USA) came on stage personally to thank the comedian for the pleasure he had brought to Russian audiences and, to the huge delight of the crowd, improvised a comedy routine – with Marx as the straight man for the first time in his career.

According to Harpo, before his departure from Moscow he was summoned to the US embassy and entrusted with a secret mission by ambassador William Bullitt, who asked him to transport back to New York a packet of letters attached to his leg.

Harpo observes: “There wasn’t so much to this cloak dagger business, once you got the hang of it.” When the ship docked, he was met by two “bruisers” from the US Secret Service; “I pulled up my pants, ripped off the tape, unwound the straps, handed over the dispatches, and gave my leg its first scratch in ten days.”

There are certain details of Harpo’s account which don’t stand up to close historical scrutiny, but the tale is a delightful one and potentially ranks him alongside Shakespeare’s favourite comic actor Will Kempe, another “courier clown” who transported secret documents on his international travels.

In 1940, Noël Coward found himself in America, where he had been deployed as an “agent of influence” tasked with gathering information that would assist British efforts to persuade the USA to join the war against Germany. Like Harpo in Russia, Coward’s celebrity status meant he was welcomed by the great and the good, including President Roosevelt who he met twice.

The Ministry of Information paid Coward’s travel expenses and, according to his autobiography, the British Ambassador in Washington, Lord Lothian, “assured me that I could be of considerable service if I travelled about the United States for a while and talked to key citizens about the British war effort.” During the next five years Coward travelled throughout the US, South America, and the Middle East, purportedly on behalf of the BritishWar Relief Society.

Like other entertainers working in espionage, Coward found the best disguise for a celebrity was to hide in plain sight, and his popularity certainly allowed him to gain the confidence of politicians, society figures and business people. He was, effectively, a court jester eavesdropping at the tables of the mighty.

In a 1973 interview, Coward admitted: “My disguise was my own reputation as a bit of an idiot. I was never terribly good at wearing a jewel in my navel like Mata Hari… I was the perfect silly ass. Nobody considered I had a sensible thought in my head, and they would say all kinds of things I would pass along…” Coward’s intelligence gathering activities did not escape the attention of the FBI, which opened a file on him. One document in it is a pamphlet dropped from a plane by the US Communist Party which reads: “Noël Coward is one of a whole gang of British agents disguised as actors, novelists, writers, lecturers, etc., who are working to drag the United States into the war… these war-making agents are adored, entertained, banqueted and welcomed by the ‘best society’ everywhere.”

It is clear from Coward’s FBI file the agency was taking a serious interest in his activities, and, by mid-1941, his every move was being monitored.

The American-born entertainer Josephine Baker, famous for performing at the Folies Bergère in Paris wearing little more than a skirt made of 16 bananas, was also a committed supporter of US entry into the war. Having made her career in France, where she became one of Europe’s highest paid entertainers, in her case it was the French intelligence services which enlisted her assistance.

Soon after the outbreak of the Second World War, Baker became an unpaid agent of the Deuxième Bureau. Her recruiter, Captain Maurice Abtey, was impressed by her ability to persuade well-placed foreign admirers (chief among them the Italian military attaché and the Japanese ambassador in Paris) to talk indiscreetly about their country’s wartime policies. Though none of her reports survive, it has been claimed that some were written in invisible ink between the lines of sheet music.

When Abtey sought a way to travel under a false identity to neutral Lisbon in 1940, in order to hand over to British intelligence documents which the Bureau had obtained about Germany’s planned invasion of Britain, the solution was for “the great artiste Joséphine Baker”, as he described her in a secret report, to accompany him on his mission.

Baker told the Brazilian consulate in Nice she wished to perform in Rio de Janeiro and asked for artistes’ visas to allow her and her secretary to travel via Spain and Portugal. The “secretary”, travelling with a false French passport in the name of Jacques Hebert, was Maurice Abtey.

His visa, which was quickly granted, was marked “accompanying Mme Joséphine Baker”. At the Spanish and Portuguese frontiers, the customs officials had eyes only for Baker; her secretary, wearing thick spectacles, was nodded through, and Abtey was able to complete his secret mission.

Baker later became an “agent of influence” for the Free French in North Africa and the Middle East, where she completed secret missions while continuing to perform in public. When Baker was awarded the Médaille de la Résistance after the war, de Gaulle wrote expressing his admiration for “the enthusiasm with which you have put your magnificent talent at the disposal of our cause and all who have followed it”.

As Noël Coward observed, for intelligence gathering work “my celebrity value was wonderful cover”. And he is just one of a number of household name entertainers to have discovered this.