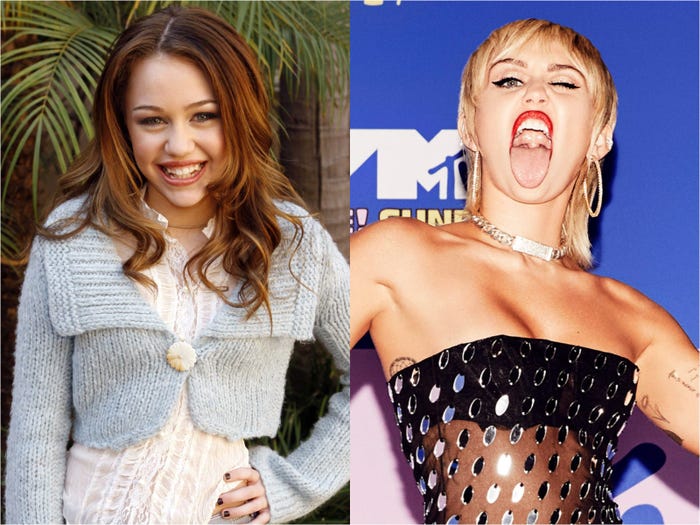 If you could time travel back to the '80s and tell everyone that the nerdy kid from all the John Hughes movies would grow up to become a muscly actor who frequently plays cops, no one would believe you. But that's exactly what Anthony Michael Hall did.

Many child stars feel the need to break away from their previous, more innocent roles. We've picked 10 of the most drastic child star transformations, whether they're due to conscious choices or not.

Keep scrolling to see who has "Longbottomed" over the years.

In 2006, Miley Cyrus was just getting her start as a Disney Channel star in "Hannah Montana." 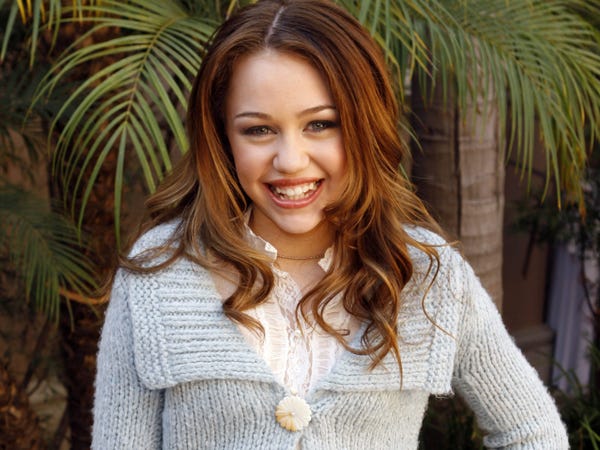 "Hannah Montana" quickly became one of the most popular Disney shows of all time, and Cyrus, by extension, became a huge star. During her time on the show, she recorded six albums as Hannah Montana, three albums as herself, and starred in two films.

The Miley Cyrus of 2020 has been through multiple aesthetic changes. 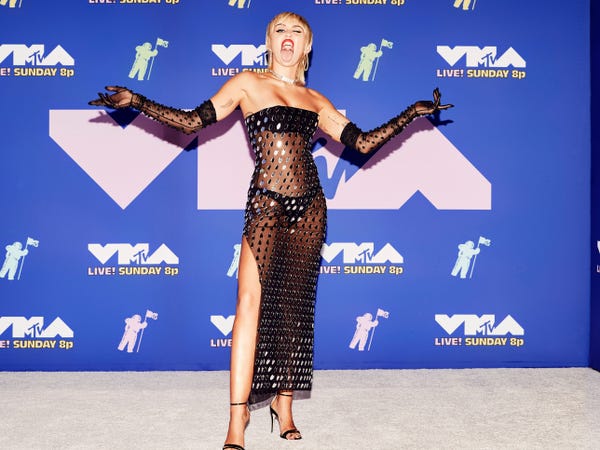 After ending her reign on the Disney Channel, Cyrus, now 28, went through a bit of a wild-child phase. She tried out hip-hop/rap for "Bangerz," trippy LSD-friendly anthems for "Dead Petz," came all the way back around to country for "Younger Now," and currently seems to be engaging in an '80s/'90s rock look for her upcoming album "Plastic Hearts."

Along the way, she also got married and divorced, came out at bisexual, hosted the VMAs, founded the Happy Hippie Foundation, and became the queen of covers.

Bella Thorne also got her start on the Disney Channel in the late aughts. 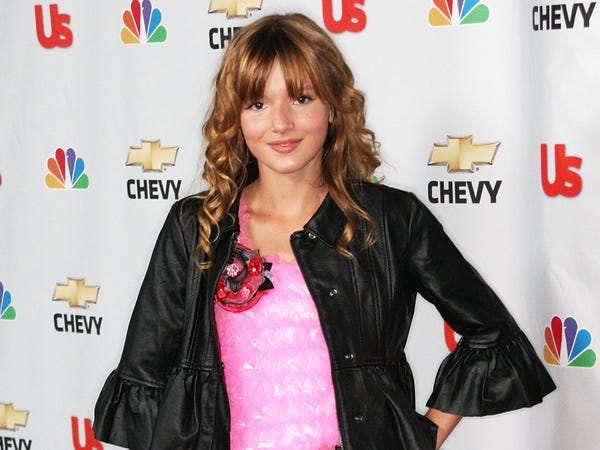 Thorne began starring on "Shake It Up" in 2010 alongside Zendaya. Prior to that, she had also appeared in films like "Blind Ambition" and "Stuck On You," as well as TV shows like "Dirty Sexy Money," "October Road," and "Big Love."

"Shake It Up" ended in 2013. Right after that, she continued to appear in mainstream films such as "Blended" and "The DUFF."

Thorne became the first person to earn $1 million in the first 24 hours of joining OnlyFans in 2020. 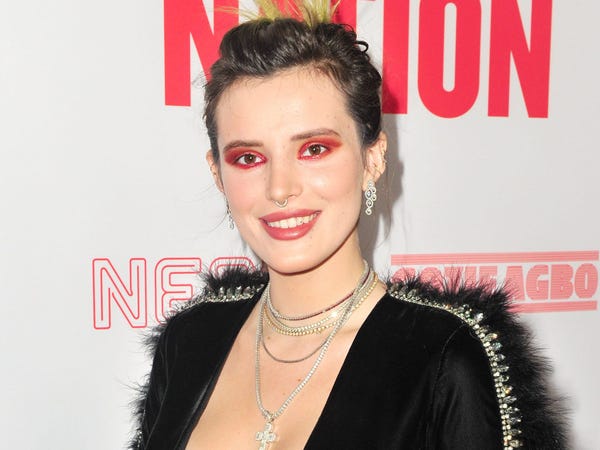 In August 2020, she earned $1 million in 24 hours after joining the subscription-based app "OnlyFans," which lets creators post exclusive content behind a paywall.

Matthew Lewis became famous for playing Neville Longbottom in the "Harry Potter" films from 2001 to 2011. 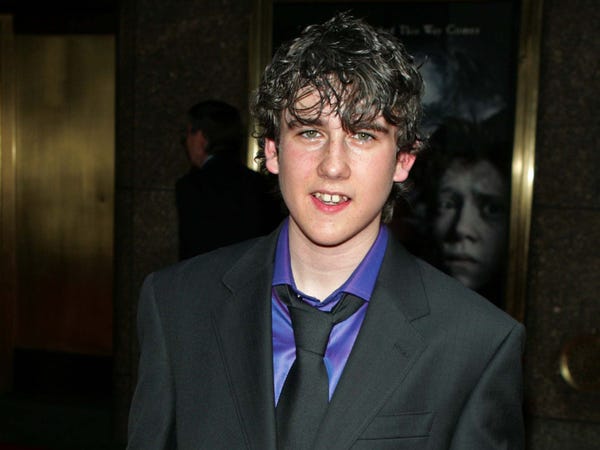 In order to play the lovably nerdy Longbottom, Lewis "had to wear a fat suit and false teeth and stuff to stick my ears out," he told The Big Issue.

Lewis' glow-up was so real that it spawned the term "Longbottoming." 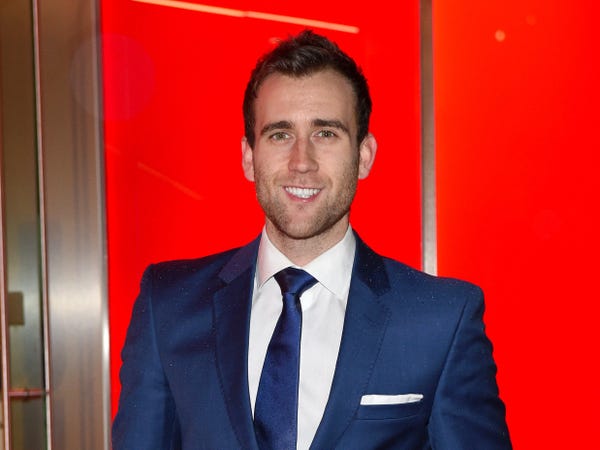 As Urban Dictionary puts it, Longbottoming is "the sometimes slow, sometimes overnight, always surprising transformation of someone, usually a man, from decidedly unattractive to hot as hell a la Matthew Lewis, the actor who played Neville Longbottom in the 'Harry Potter' film series."

Anthony Michael Hall was the nerdy kid of our dreams in the '80s, thanks to roles in "Weird Science," "The Breakfast Club," and "Sixteen Candles." 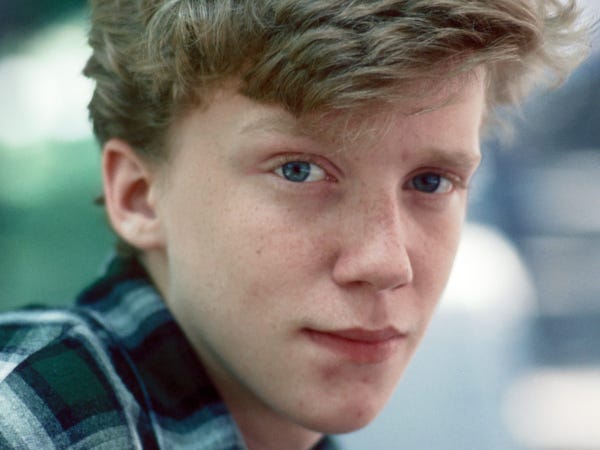 For '80s teens, there was no one more relatable than Hall's characters. But even in the '80s, he was nervous about getting typecast as a nerd, which led to his one-season stint on "Saturday Night Live," and his characters in "Johnny Be Good" (a football star), "Edward Scissorhands" (a macho jealous boyfriend), and "Into the Sun" (a conceited actor learning about the Air Force).

No one will mistake the 52-year-old for a nerd now. 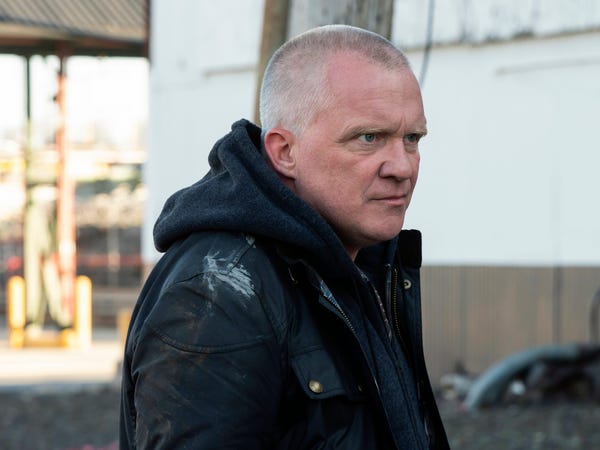 In his later career, he's buzzed off his hair and taken roles playing law enforcement, including Johnny in "The Dead Zone," a man who wakes from a coma to realize he can communicate with the dead, an ability he uses to solve crimes.

He also leans into '80s nostalgia — he played the villainous Principal Featherhead in "Riverdale" and is set to appear in the upcoming "Halloween" sequel.

We were introduced to Jerry O'Connell in 1986's "Stand By Me" as Vern. 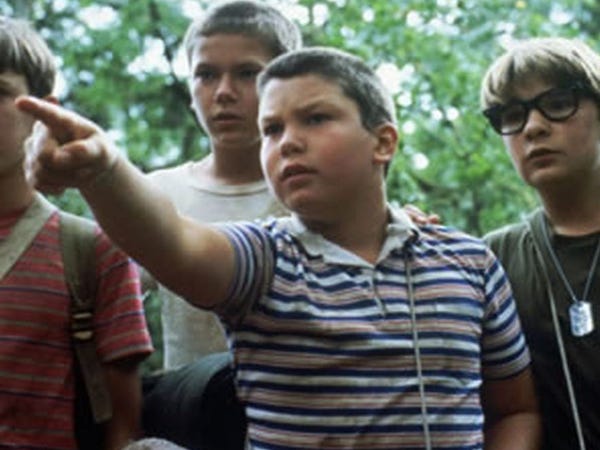 O'Connell's character was mainly comic relief in "Stand By Me." While he was a big part of the film, he didn't achieve real mainstream success until he began starring in "Sliders," which aired from 1995 to 1999.

Over 30 years later, O'Connell is still providing us with comic relief. 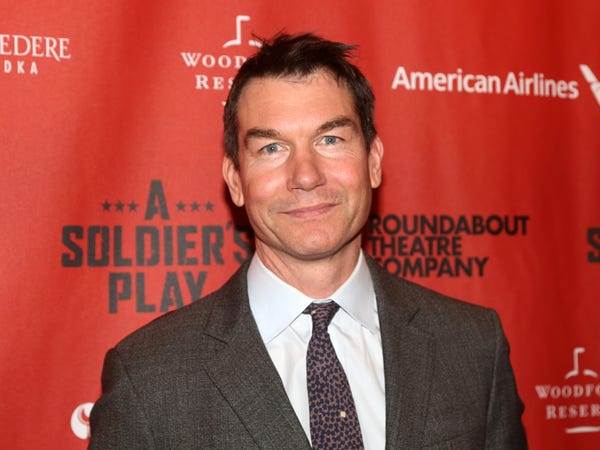 Since 2007, he's been married to Rebecca Romijn.

Ariel Winter appeared in multiple TV shows and films before scoring the role of Alex Dunphy on "Modern Family" in 2009. 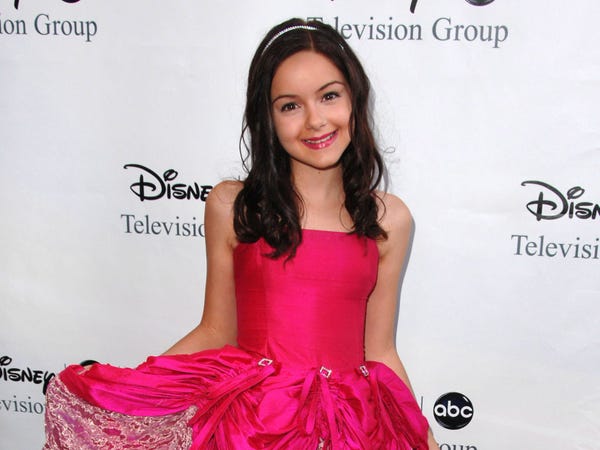 Winter was just 11 years old when she began appearing on "Modern Family" as Alex, the nerdier and more sarcastic sibling in the Dunphy clan.

Winter is all grown up now, and she is almost unrecognizable with her red hair. 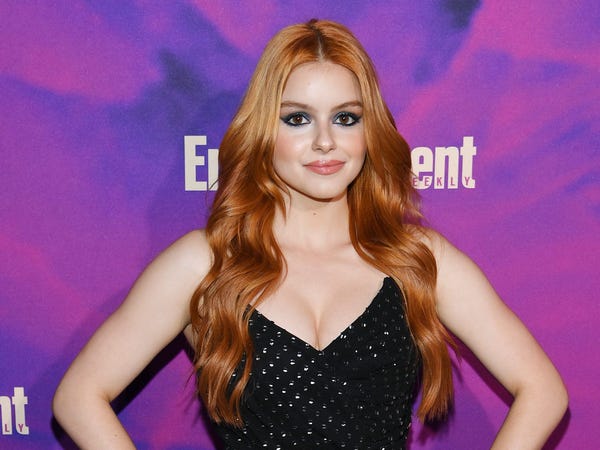 Winter remained on "Modern Family" during all 11 seasons, while also doing voice work for "Sofia the First," "Robot Chicken," "Mr. Peabody and Sherman," and "Smurfs: The Lost Village," among others.

In 2015, the 23-year-old announced she had legally emancipated from her mother. 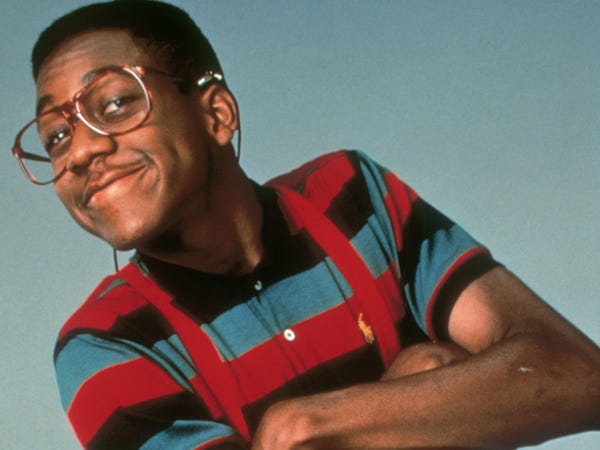 Urkel was only supposed to be on "Family Matters" for one episode, but his popularity and hilarious performance made that impossible. In fact, he was so popular he appeared on other '80s and '90s sit-coms like "Full House," and "Step By Step," and was mentioned by name in "Boy Meets World."

Now, Urkel is probably the most well-remembered character from the show.

In real life, White is definitely not the nerdy, nasally guy we all came to love on "Family Matters." 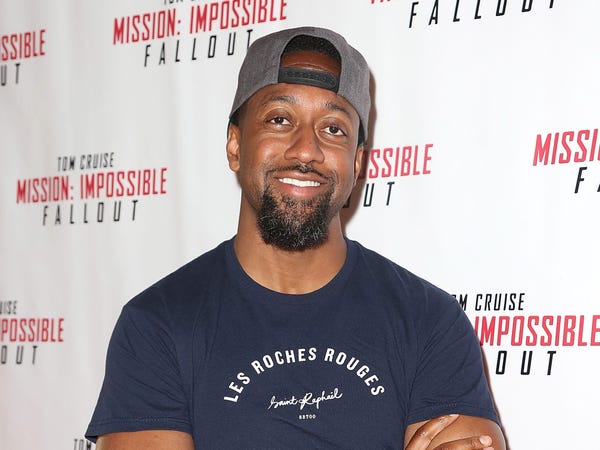 White, 43, still acts. Shortly after "Family Matters" ended, White told a reporter, "If you ever see me do that character again, take me out and put a bullet in my head and put me out of my misery.''

And he didn't play Urkel again for almost 30 years — he reprised the role in 2019 to voice him in an episode of "Scooby Doo and Guess Who?" 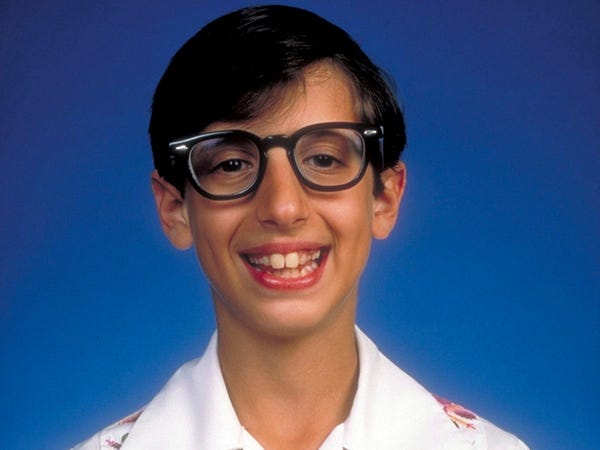 They were best friends in the show, but Kevin and Paul grew apart. Paul was shown to be extremely smart, and the finale revealed that Paul attended Harvard and became a lawyer.

"The Wonder Years" was Saviano's first role, and during the show he didn't do much other acting. One of his only other credits is the 1990 TV movie "Camp Cucamonga."

Paul's career choice was a nod to Saviano, who retired from acting in real life to pursue a law career. 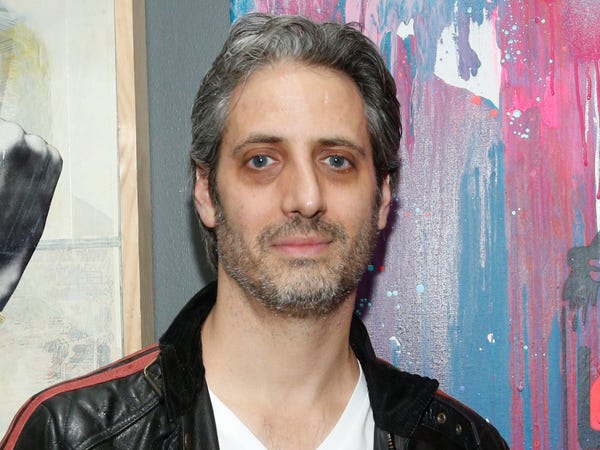 Much like Paul, Saviano, 44, attended an Ivy League school (Yale, not Harvard), and became a lawyer. "The Wonder Years" was his first and last big role.

After a 21-year break, Saviano returned to acting for a three-episode stint on "Law & Order: SVU" as, you guessed it, a lawyer named Don Taft.

Saviano and and his "Wonder Years" co-star Fred Savage are still friends today, as seen on Instagram.

Brian Austin Green hit it big with his role in "Beverly Hills, 90210" as David Silver. 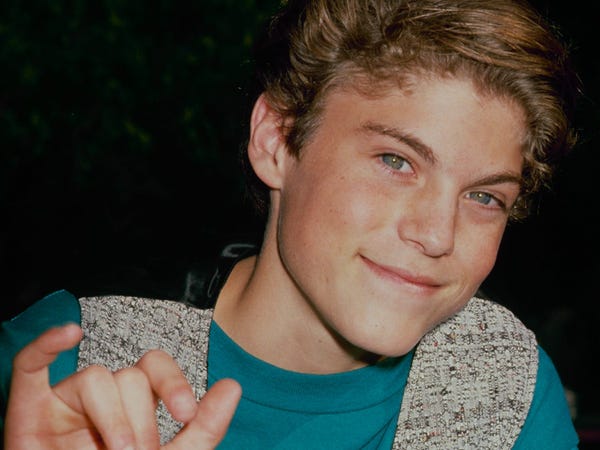 When Green was cast in "90210," he was younger than the rest of his co-stars, and he looked it. He was shorter than Ian Ziering, who played Steve, by a full head, and it made perfect sense that he had this unrequited love for Donna, played by Tori Spelling.

But as the show went on, Green grew up. Eventually, he was almost unrecognizable from his season-one self.

Green appeared on "The Masked Singer" this year. 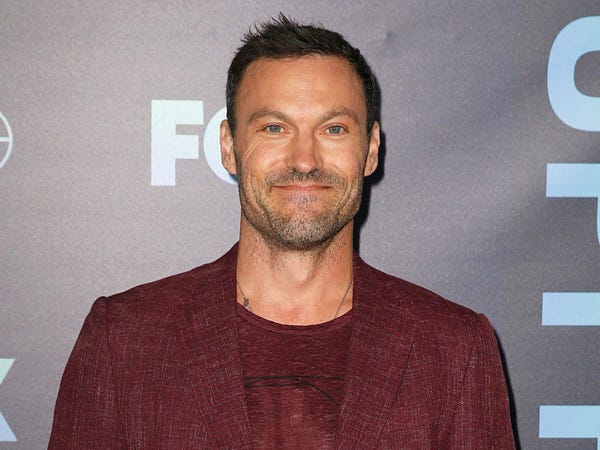 Green has continued to act, mainly on TV. He's had roles in "Happy Endings," "Smallville," "Terminator: The Sarah Connor Chronicles," "Desperate Housewives," and played himself in "BH90210."

After getting eliminated from "The Masked Singer," Green was named as a judge for the upcoming spin-off, "The Masked Dancer."

In 2020, he and his wife Megan Fox announced they were divorcing after 10 years of marriage.

Raven-Symoné began starring on "The Cosby Show" when she was just 4 years old. 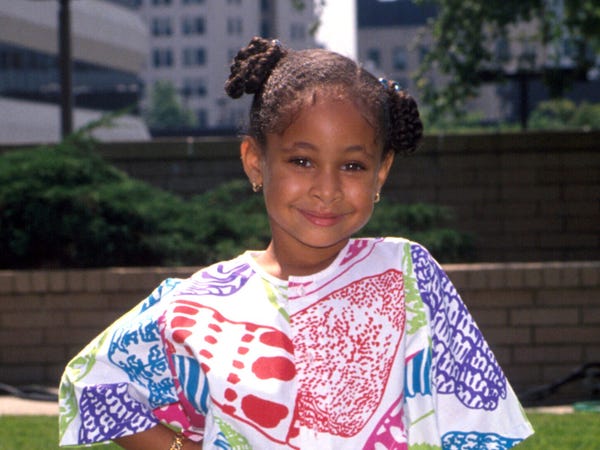 Raven returned to the Disney Channel with a new look for "Raven's Home," a spin-off of "That's So Raven." 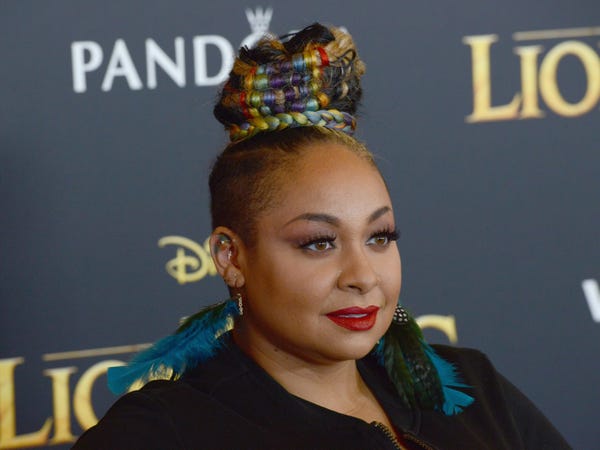 The 34-year-old took a bit of a break from acting in the 2010s, but she was still around — she hosted "The View" from 2015 to 2016, and appeared as herself on various talk shows. Since 2017, she has starred in and executive produces "Raven's Home," a spin-off of her original Disney show that focuses on her and her twin children.

In 2020, she married Miranda Maday, a social media manager.