Just when you think you’ve got Watchmen all figured out for the finale, something bizarre happens, and it’s all back to square one. Part of the problem is the sheer amount of loose ends needing to be tied up. The entire Veidt storyline, for instance, along with why Tulsa has all Nite Owl’s old tech gear. No one knows where Wade Tillman is. And there’s a superhero unaccounted for, who appeared once so far, the character known as "Lube Man." This Watchmen theory about Lube Man at least suggests where he came from. But why, and if he’ll be back, are a mystery. Warning: Spoilers for Watchmen follow.

It’s hard to keep track of all these superheroes running around Tulsa. Joe Keene’s repeal of the statute that outlawed masked vigilantes means characters are covering their faces, and fans don’t know who they are.

There are the police superheroes. They include Sister Night, Red Scare, Pirate Jenny, and the Panda. Looking Glass was one of them, but the current working theory is that after being attacked by the 7th Kalvary, he’s now operating against them while wearing one of their Rorschach masks.

There are also the older superheroes: Manhattan, Laurie, Hooded Justice, and Veidt.

And then, out of the blue, there’s this guy.

This dude, who I jokingly called the "Silver Surfer," has been nicknamed "Lube Man" by fans. He is an unlicensed superhero, not working with the Tulsa PD. His only appearance was in Episode 4, tailing Sister Night for unknown reasons. He hasn’t been seen since.

But fans have a working theory of who he is, and it’s all due to Episode 8’s Peteypedia entry.

The entry talks about Fogdancing, an in-world novel that several characters have read, including Dale Petey, Laurie Blake’s FBI partner. He, too, has been obsessed with superheroes and masks his whole life. And his Fogdancing fanfiction entry, which is included along with the memo, describes a character almost identical to the one above: 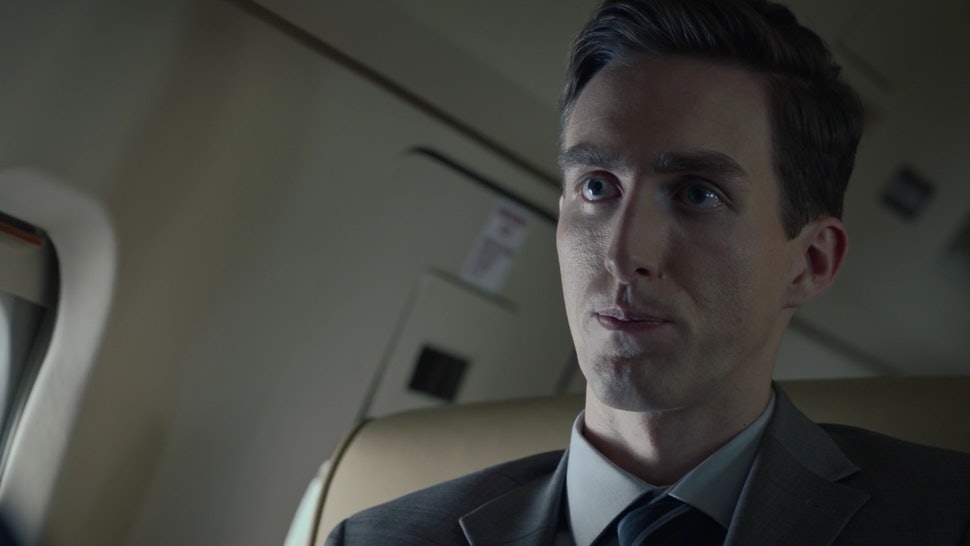 Fans are taking this as proof that the Lube Man sliding into the gutter is the tall and skinny Petey, testing out his long-imagined superhero guise in the one place in America where it’s safe to do so.

Will Petey re-don his slick silver garb to help save the day when Keene and company capture Manhattan? Fans are more divided on that. With so many factors at play, it feels like this might be just one more thing too far.

But if Petey does try to save his partner from Keene’s evil clutches, doing so by slithering out from the fog would be in keeping with everything else that’s happened to Blake. Of everyone involved, she’d appreciate the absurdity — and the laugh she’d get from it — more than most.