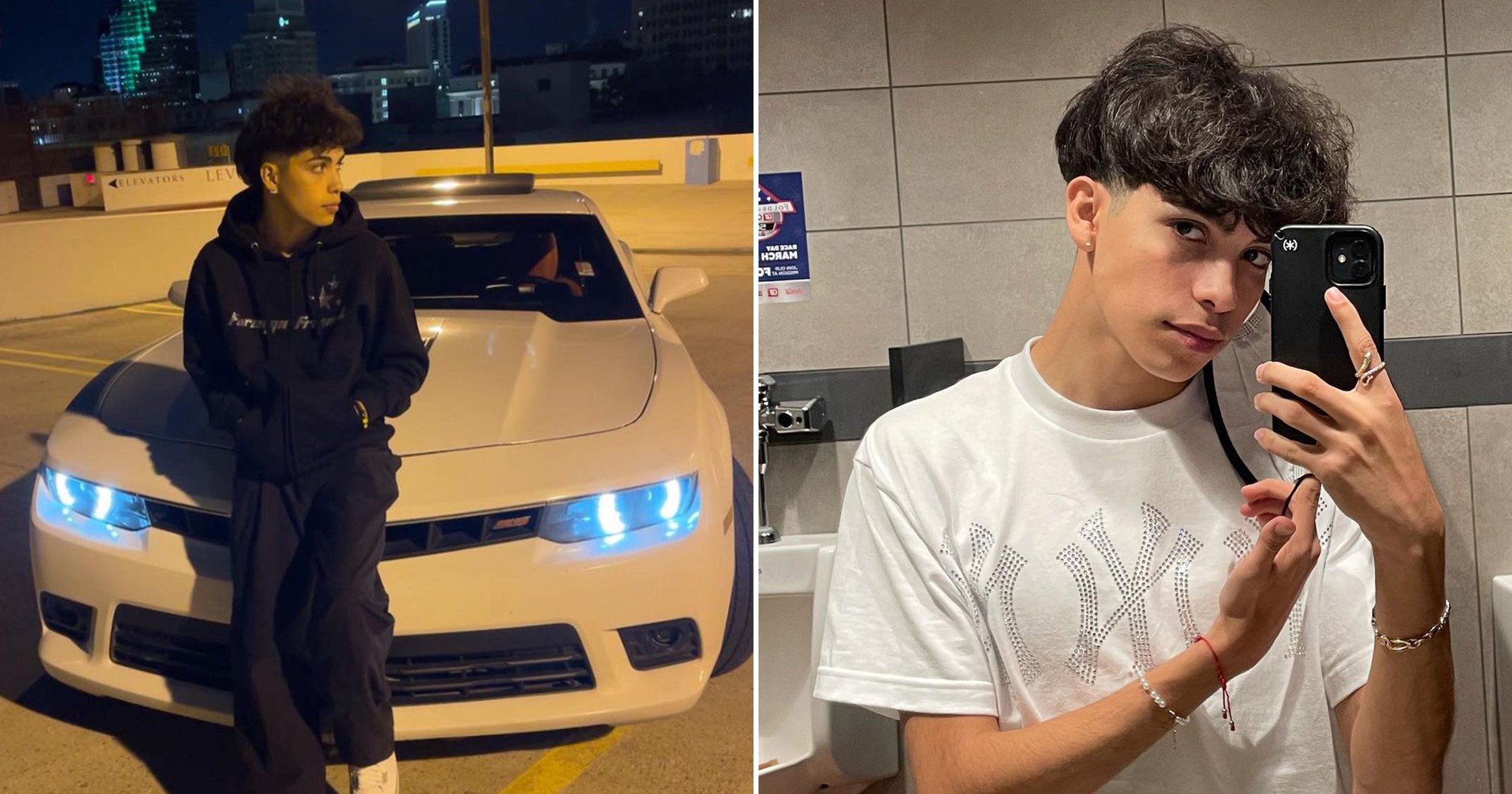 TikTok star Gabriel Salazar was killed in a fiery car crash after becoming involved in a police chase, authorities have said.

Earlier this week, it was reported that Salazar had died aged 19 in a car accident in San Antonio, Texas on Sunday, after friends and social media stars posted tributes and a GoFundMe page supporting Salazar’s family was set up.

A statement from the Zavala County Sheriff’s Office said that the fatal crash on September 26 killed the driver and all three passengers in a 2014 Chevrolet Camaro; Salazar had been driving.

At approximately 1.20am on Sunday, a deputy ‘overheard a Crystal City Police Department officer initiate a traffic stop on US Highway 83’, with the CCPD officer saying he was in an active pursuit with a white Chevy Camaro that was traveling north on Highway 83 towards La Pryor.

The deputy attempted to deploy a tyre deflation device but ‘was unsuccessful’.

The deputy stated that he later heard CCPD officer advise that the vehicle had rolled over and that it was fully engulfed in flames.

A statement from the Texas Highway Patrol obtained by E! News said: ‘The vehicle struck some trees, rolled several times, and the vehicle caught fire.’

Four individuals were pronounced dead at the scene.

In addition to 19-year-old Salazar, the passengers were identified as Jose Luis Jimenez-Mora, 41, Jose Molina-Lara, 23, and Sergio Espinoza-Flores, 36.

The three men were Mexican nationals.

The Texas Department of Public Safety is investigating the crash.

Salazar posted under the handle @gabenotbabe on TikTok, where he had acquired 2.2million followers since joining the platform in 2019.

The fundraiser reads: ‘I don’t know what’s real and not real anymore but unfortunately gabe past away [sic] on a car crash September 26 we couldn’t believe it the moment we found out. Don’t really want to get into details because it’s so hard for us to even talk about the pain he went through. Never expected this happen but now you’re watching over us .

‘Gabriel loved his family and was always horsing around with her sister and little brother . He was always there with a big hug and smile, and his family will never forget those warm moments. He was so funny with a quiet sense of humour and sarcasm. I cannot believe that I am sitting here writing this. How is this real life?

‘Words cannot express the heartbreak our entire community is feeling from the loss of our Gabriel . Your family and friends miss you .

‘We are asking for support for his family. There will be time missed from work and funeral expenses that will be too much for his family to afford. Please consider donating and help relieve at least that sorrow and strain for his parents.’