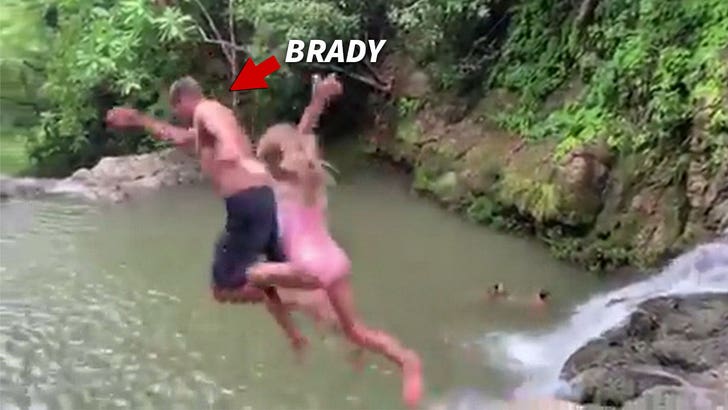 Patriots fans … look away — Tom Brady just hurled himself off a cliff with his daughter in Costa Rica!!!

And, yeah … it’s just as cringe-worthy as it sounds!!!

TB12 hit up a lagoon on his annual pre-training camp vacay with his fam … and for some reason, he decided to throw himself off the top of the rocks into the water with his daughter.

Things didn’t exactly go swimmingly (sorry) … when he counted off his daughter to jump in with him — she hesitated … and it created some seriously tense moments!!!

Fortunately for Brady, his daughter and the entire state of Massachusetts, everyone came up from the water just fine.

Of course, the G.O.A.T. is no stranger to these dangerous situations … remember, it was back in 2012 when he threw himself off an even BIGGER cliff in Costa Rica.

We’re all grateful the Patriots legend has continued to survive … but how ’bout we just stick to beach butt grabbin’ with Gisele from here, Tom?!?!