Unless you were under a rock all weekend, you know Kourtney Kardashian and Travis Barker officially got married (for real this time!) in a swanky, romantic Italian villa. Casual! Naturally, the whole weekend was ~a thing~ full of numerous outfit changes, and a reception that was held in—wait for it—a *literal* castle.

But of course, it wouldn’t be a Kravis wedding without a buttload of PDA, and even though the newlyweds aren’t necessarily considered traditionalists, they did partake in a usual wedding custom: the removing of the bride’s garter. Because they are who they are, Travis slid down his wife while she was standing in a super sexy black version of her wedding gown and removed her thigh-high lace garter with his teeth. And Travis’s 16-year-old daughter Alabama caught the entire moment and posted it to her Instagram Story: 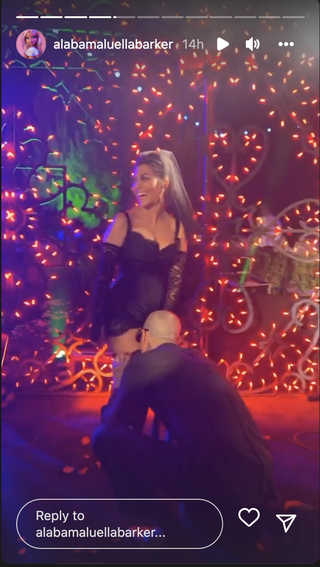 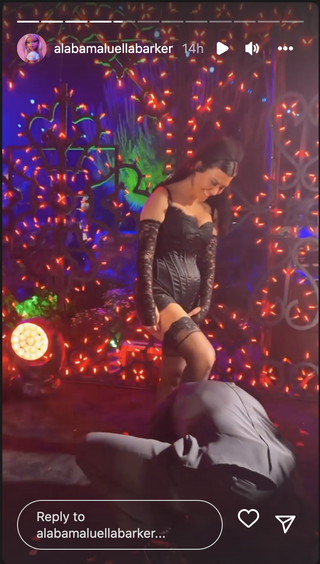 TBH, the weirdest thing is not that Travis did this—because it’s quite common for grooms, actually—but it’s that he did this while the DJ was playing “I Want You Back” by The Jackson 5. Sooo all of a sudden Ginuwine’s “Pony” doesn’t exist?? Or Trey Songz’s “Dive In”??? Missed opportunities by the DJ to really take this up a notch!

I’m not even going to hold you: For a couple whose brand is quite literally shoving their tongues down each other’s throat on damn near every red carpet they hit, and like, in general (lol), this garter moment was about as spicy as salt and pepper on a chicken breast.