UConn May Return to the Big East and Some Familiar Rivals

When the University of Connecticut left the Big East in 2013, driven by the scattering of the conference’s football schools in their pursuit of riches, it hoped to find a comfortable landing spot in the newly formed American Athletic Conference.

But a floundering football program, difficult travel schedules and the disappearance of traditional rivalries for its flagship men’s and women’s basketball teams have UConn on the verge of returning to the Big East.

While many details, including exit fees and what conference the football team would play in, are still being worked out, the move for the 2020-21 academic year could be agreed upon as soon as the coming week, according to a conference official who was not authorized to speak publicly about the move, which was first reported Saturday by the website Digital Sports Desk.

The Big East university presidents are expected to convene on a conference call in the next few days to vote on inviting UConn to join the conference. UConn has a board of trustees meeting on Wednesday, when it could vote on accepting an invitation.

The return to the Big East could be a boon for the men’s basketball team in particular. Though the Huskies won their fourth national title after the 2014-15 season — its first after leaving the Big East — they have become increasingly less relevant since, reaching the N.C.A.A. tournament just once in the past five seasons. 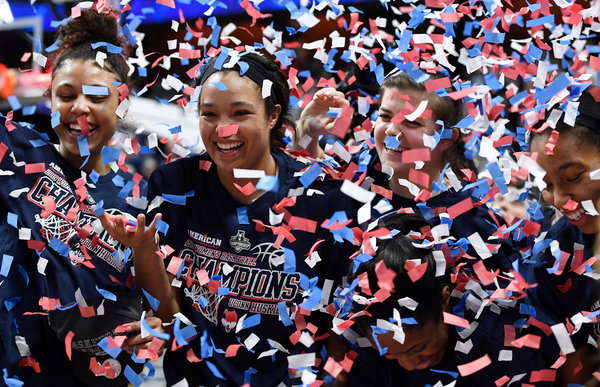 Though the Big East has been revived somewhat by the addition of distant schools with a rich basketball pedigree — Marquette, Butler and Xavier among them — the real draw will be the old, familiar rivals: Villanova, Georgetown, St. John’s, Seton Hall and Providence, even if some have lost their luster.

“Our marketing guys are good, but you can’t make up rivalries,” Calhoun said. “There’s no better fight than your neighborhood fight.”

To that end, the Big East is not likely to expand further any time soon. UConn would be the 11th team in the conference, which could continue the popular home-and-home schedule that many other power conferences have abandoned as they have grown. The Big East could increase its conference schedule to 20 games from 18.

While the A.A.C. has not provided much competition for the UConn women’s basketball team, which has not lost a conference game in six seasons, the team is not returning to the same Big East it left. The other nationally prominent programs UConn had jousted with in conference games — Notre Dame, Louisville and Rutgers — are long gone.

At the moment, football is a puzzle. While the other sports would move to the Big East beginning with the 2020 fall season, UConn’s football team could seek to remain in the A.A.C. — as Navy is doing — or join another conference or try to play as an independent. The Huskies reached the Fiesta Bowl after the 2010 season but have not had a winning record since the Big East stopped supporting football two years later. They were one of the worst teams in the country last season, finishing 1-11.