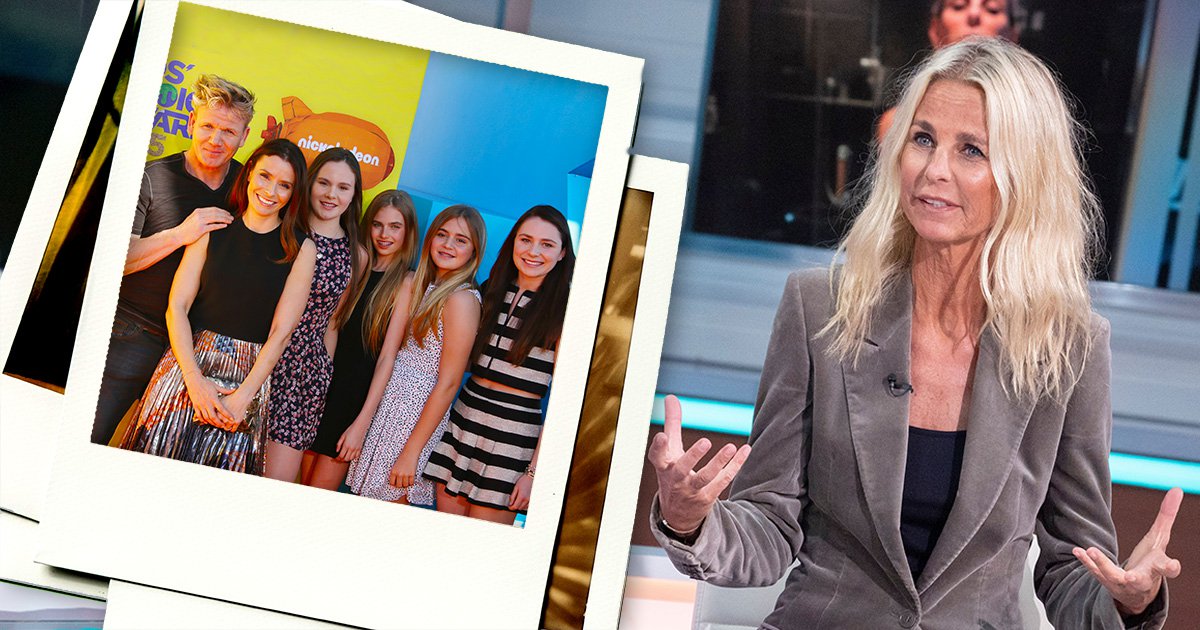 Ulrika Jonsson has revealed her shock at Gordon Ramsay’s revelation that he and wife Tana are ‘contemplating’ having another child.

The TV chef already shares five children with Tana, including son Oscar who was born two years ago.

However, the married couple aren’t ruling out having more children in the future, admitting they’ve had discussions about the possibility of expanding their family with baby number six.

Reacting to the news, Ulrika, 54, explained that she was surprised considering Gordon is 54 and Tana aged 47.

In her latest column with The Sun, the TV presenter said: ‘With them having welcomed their fifth addition only two years ago, I find the prospect baffling.

‘Granted, I am a mum of four but my issue is not the sheer number of offspring but more Gordon and Tana’s ages.

‘I know men can seemingly carry on reproducing to infinity and Tana is 47, so it’s not outside the realms of possibility. But why?’

Ulrika went on to confess that when she sees pregnant women she wants to ‘puke’ due to no longer having a desire to reproduce.

‘The contemplation of motherhood – something I yearned for nearly all my life – has utterly disappeared. I feel I have lost a huge part of my identity. And it feels so strange,’ she wrote.

Instead, Ulrika is ‘looking forward’ to becoming a grandmother herself and thinks she’ll make ‘an excellent’ one.

She added: ‘But the way I feel now, I would rather drink rum and kiss a dog than cradle a baby.’

Gordon and Tana have been married for 25 years and are proud parents to Megan, 23, twins Jack and Holly, 21, Strictly Come Dancing star Tilly, 19, and their youngest Oscar, two.

Speaking with The Mail’s You Magazine earlier this month, Gordon reportedly joked that Tana was four months pregnant before disclosing: ‘Tana’s going to kill me. I’m joking. No, we discussed having another baby. I said it was a great idea.

‘She said: “Well, let’s start planning”. So I’m like: “Oh my god, just pause for two seconds. I’m going to be the oldest dad at school, what’s going to happen on sports day?”

‘But it’s something we’d still consider, because it’s been such a joy spending time with Oscar.’

Clarifying their baby plans, Gordon stated they were ‘contemplating it’.