Happy vday loves. I really entertained myself with These filters. Hopefully it’s entertaining to you too. If not, too bad. Lol ❤️🌹💋

No Valentine’s Day blues here! In Vanessa Hudgens’ goofy Instagram videos on Friday, February 14, the actress seems happy to be celebrating the romantic holiday solo, one month after Us Weekly confirmed her split from longtime boyfriend Austin Butler.

In another clip, she adds, “And happy Valentine’s Day to you too.” 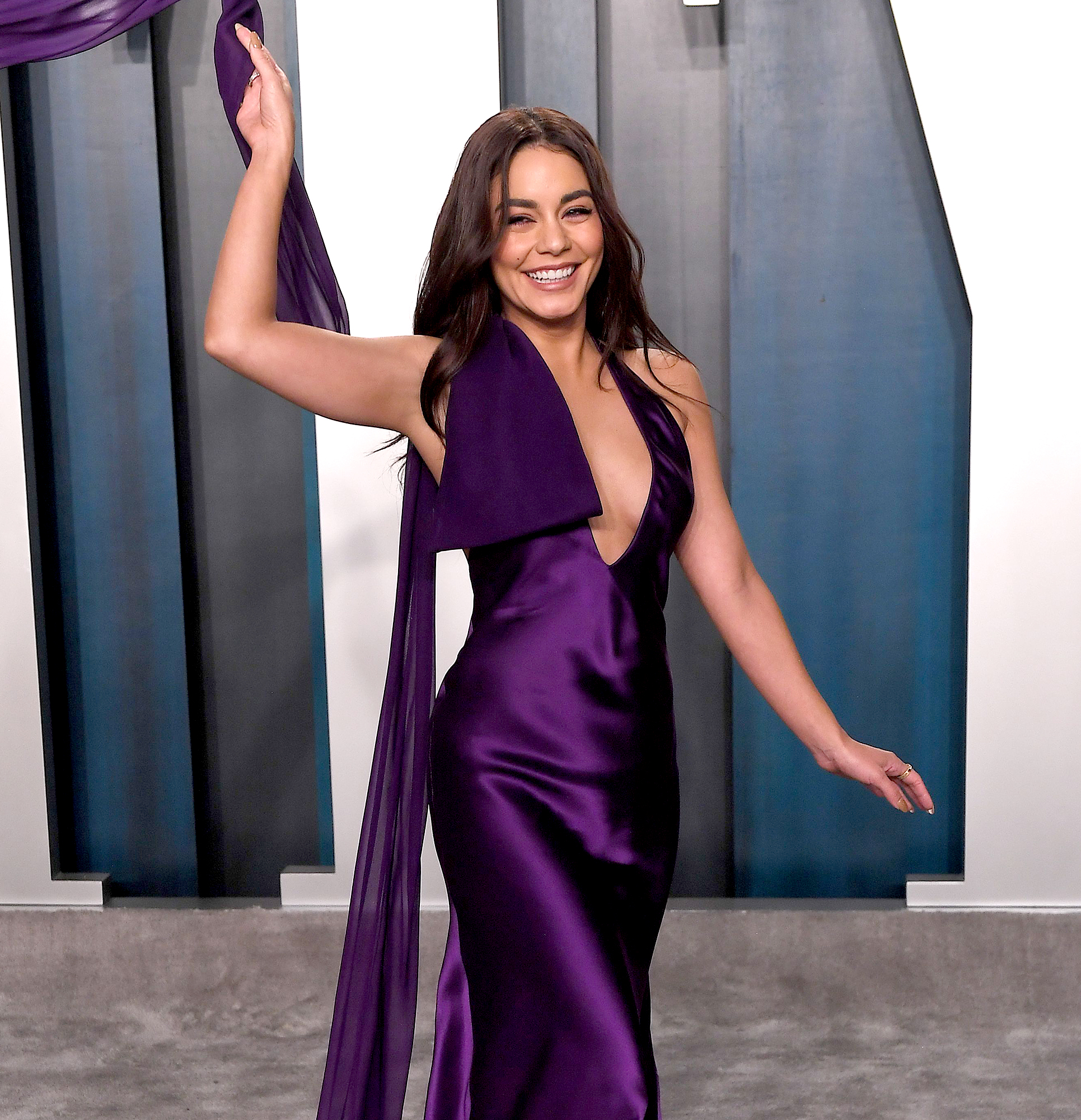 A third video has the Bad Boys for Life star cuddling with a CGI teddy bear. “Who needs a valentine when you got this guy?” she asks, sticking her tongue out and laughing.

In the fourth video, she says, “There are just so many damn filters for this holiday. Everybody loves love!”

Us confirmed Hudgens’ split from Butler, 28, on January 14, marking the end of their nearly nine-year relationship. “Vanessa and Austin are officially broken up, and Vanessa has been telling those close to her about their breakup,” an insider said at the time.

A week later, the Rent: Live star was spotted on a date with Los Angeles Lakers player Kyle Kuzma, laughing as she dined with the 24-year-old at Lilia in Brooklyn on January 21.

A day later, a source told Us Weekly exclusively that Hudgens is enjoying her chemistry with the athlete. “Kyle is known to be a player and is really smooth with girls,” the source explained. “It’s been fun and distracting for Vanessa to talk to, flirt with and get attention from a new guy.”

Hudgens was previously in a relationship with High School Musical costar Zac Efron from 2006 to 2010. Kuzma, meanwhile, was linked to Kendall Jenner in July 2019, following her split from NBA star Ben Simmons.