What Happened Between Emma Roberts And Hayden Christensen?

When Emma Roberts isn’t busy killing it on the big screen, she’s apparently out here killing relationships in real life. The “American Horror Story” and “Scream Queens” star, who is also the daughter of famed actor Eric Roberts, has made waves in Hollywood since beginning her career as a child actor in the early 2000s. Through her career, fans of Roberts have effectively seen her grow up in front of their eyes — from child star to mother.

In 2012, Roberts entered what would become a seven-year relationship with “American Horror Story” co-star Evan Peters. The relationship was not without controversy, however. In 2013, the two became embroiled in a physical scuffle that left Peters with a bloody nose and possibly even a bite mark, per TMZ. Roberts was ultimately arrested due to visible injuries on Peters, though the latter opted not to press charges and the two chalked it up to a “misunderstanding.” The two eventually got engaged in 2014, per E! News, but eventually called off their relationship five years later in 2019. Roberts moved on with actor Garrett Hedlund — with whom she shares a son.

Prior to settling down with Hedlund, the actor was mired in relationship controversy once more — allegedly playing a role in Hayden Christensen’s 2017 split from Rachel Bilson. So what exactly did Emma Roberts do to possibly come between the two lovers? Read on to learn more. 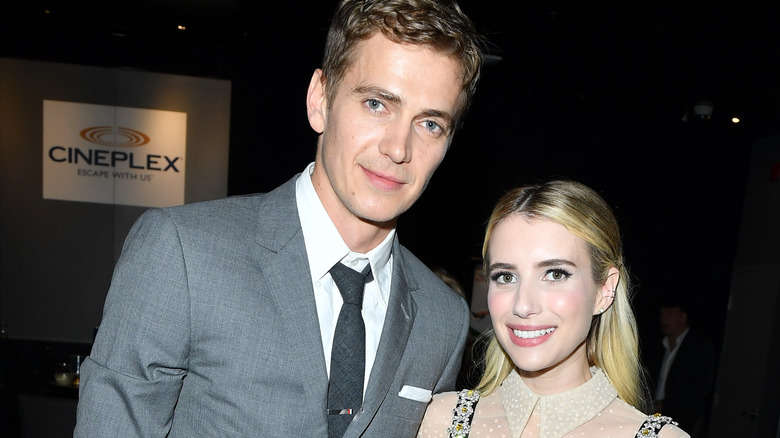 Controversy erupted for Hayden Christensen in 2017 when, after 10 years of dating, he and his girlfriend, actor Rachel Bilson, called it quits. It was a shocking move for the power couple, who were once engaged and even welcomed daughter Briar Rose into the world during their 10-year relationship. However, it all came crashing down when Bilson abruptly and unceremoniously ended the relationship. Why, you ask?

Bilson and Christensen’s split came after the former allegedly found suspect text messages from Emma Roberts on the latter’s phone. While details surrounding the texts have yet to be revealed, The Blast and its sources reported that “Bilson found text messages between Christensen and Roberts” and that she “ended things with Christensen shortly after discovering the messages.” Strangely enough, the split occurred amidst the filming of “Little Italy,” a romantic comedy that saw Christensen and Roberts play on-screen lovers.

With the couple splitting in 2017, this begs the question — where do Hayden Christensen and Rachel Bilson stand today? 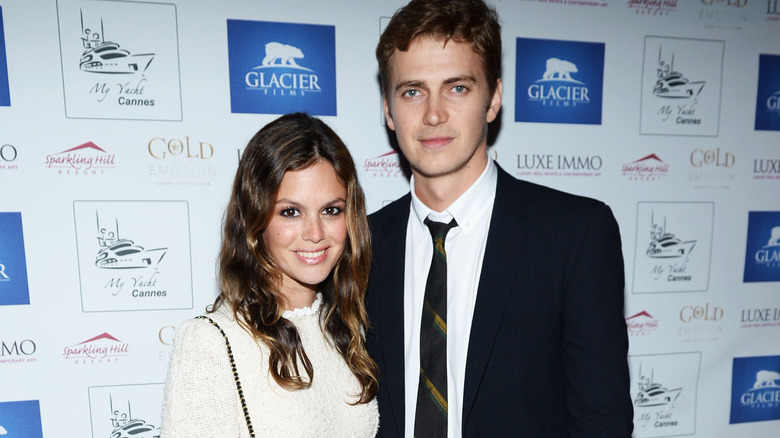 Four years after their shocking split, Hayden Christensen and Rachel Bilson have now moved beyond the past for the greater good — which is their daughter, Briar Rose. In an interview with People, Bilson opened up about co-parenting with Christensen amidst the COVID-19 pandemic and revealed that she’s been “grateful” for the experience.

Regarding the pandemic, Bilson remarked, “Luckily [my daughter’s] dad is pretty hardcore with [the COVID restrictions].” Bilson also discussed the trust aspect of the relationship with Christensen — who stayed in Canada for most of the pandemic — stating, “You have to trust each other and you are bubbled up.”

She then discussed entering “survival mode” with Christensen amid co-parenting Briar Rose during a pandemic and expressed gratitude, telling the outlet, “It’s also nice because [Briar Rose] had the opportunity to have another house to go and not be stuck in our house the entire time.” She added, “I’m grateful for that and we’ve just handled it. Survival mode.” We’re certainly glad to see their relationship is on the uptick once more!