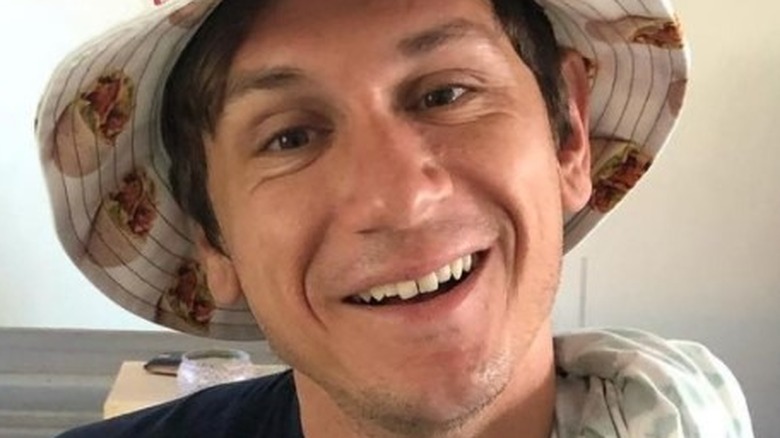 Being a parent is tough, there’s no doubt about it. But what’s harder? Being a parent in 2021. Think about it — not only are there the normal things to worry about, like making sure your kid stays out of trouble and gets to school on time, but there are challenges outside of your control that are terrifying. Whether it’s the climate crisis, inequality, oh, and a global pandemic, being a parent means facing a lot of challenges head on. It’s no wonder that comfort television is a thing, and there’s no one that does it better than Chip and Joanna Gaines. The couple made it big with their show, “Fixer Upper,” and now have influenced an entire network’s worth of programming. The Magnolia Network features different heart-warming shows with incredible messages of unity, and perhaps the show that gets to the heart of the network is “Super Dad,” hosted by Taylor Calmus.

“Super Dad” follows construction enthusiast Calmus as he helps other fathers build crazy-fun contraptions for their own kids. Sourced from Calmus’ YouTube channel, “Dude Dad,” the show builds off of Calmus’ experience making projects for his kids — such as carnival rides out of leaf blowers and Rube Goldberg machines out of whatever happens to be lying around. The show is great for the DIY enthusiast in all of us, but more than that, it gets to the heart of what it’s really like to be a parent that gives back in a memorable and meaningful way. The List sat down with Calmus for an exclusive interview where he discussed “Super Dad,” his own journey throughout parenthood, and more. Here’s what Calmus wants viewers to take away from Magnolia’s “Super Dad.” 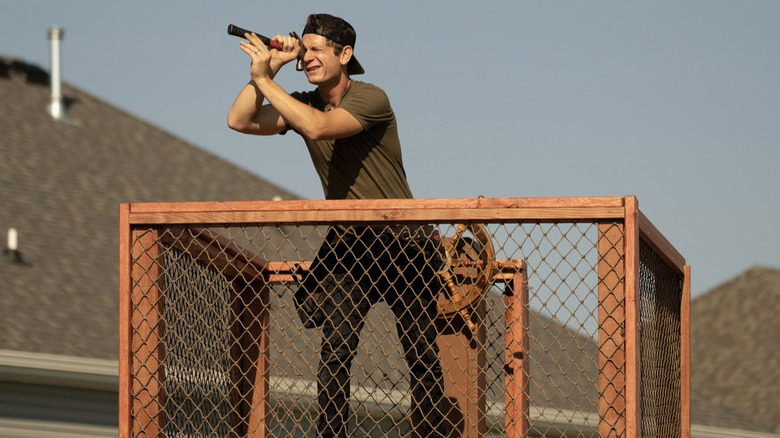 We all know the stereotypical trope of the dad going to work and the mom staying home, but we also all know that times have changed. In fact, as of 2016, 17% of all stay-at-home parents were dads, as opposed to just 4% in 1989, according to Pew Research. And as CNBC reported, that number is likely to rise, given the parenting challenges associated with the COVID-19 pandemic. All of this is to say that parenting is drastically changing, and in real time, and this is something that Taylor Calmus is particularly clued into. As he told The List, a big part of “Super Dad” is showing just how multi-faceted being a parent really is, and how the role of being a dad, in particular, is evolving.

“What’s special about our show is it really showcases what it means to be a dad in 2021, which is a fully invested parent who is taking on just as much of the parenting roles as the mom,” Calmus shared. “[That] isn’t how it always has been, because traditionally the dad worked and the mom stayed at home. And that’s just not how it works in today’s society where a lot more women are in the workforce and a lot more dads are having to step up.” With that in mind, Calmus said “Super Dad” is all about dads becoming more actively involved in their kids’ lives — in a fun and exciting way.

This moment made Taylor nostalgic about his early days of fatherhood 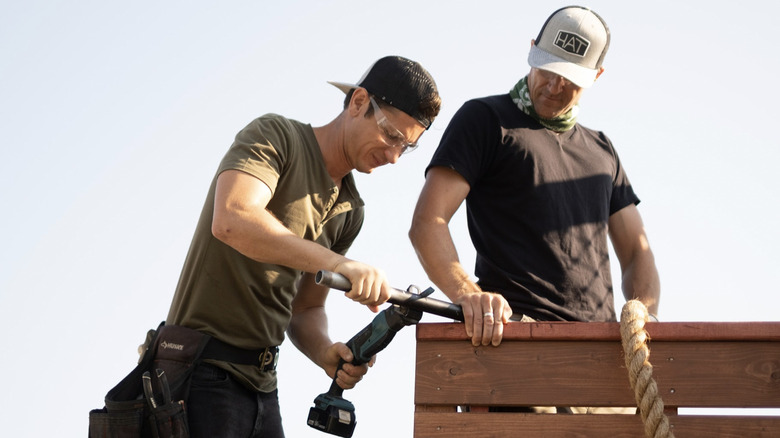 Not only did Taylor Calmus reveal that he wants viewers to take away a sense of redefined fatherhood from his show, “Super Dad,” but he reminisced on his early days of parenting and shared what a unique experience it has been for him. Talking about when he found out that he and his wife were having their third child, Calmus revealed that his “initial response was terror.” They had so much going on — from two kids, to work, to content creating, to just life in general (and we all know how crazy things can get). He asked himself, “How do I possibly throw a baby into this mix?” But it was a moment shared with the silence of the attic that changed his perspective.

The “Super Dad” host told us that while he was in the attic storage getting out baby clothes for kiddo number three, he “instantly had all these flashbacks” of his first two kids as babies, and how special that time of his life was. Relating this beautiful experience to “Super Dad,” Calmus explained that being a dad is an opportunity to really invest in your kids, and that there are few things that are more rewarding than that. “You see this tiny little outfit and you’re like, ‘Oh my God, he’d never fit into that now,'” Calmus said. “It’s as big as his head. It’s like dads really wearing that badge as a badge of honor and also just living in the moment.” We’re all about redefining what it means to be a parent in the modern era, and it’s clear that Calmus is here to show viewers that being a dad is a beautiful experience worth cherishing.

Magnolia Network’s slate of original programming launched July 15 on discovery+ and inside the Magnolia app.