At this point in the pandemic, it’s likely there’s no one left among us that hasn’t experienced some kind of disruption in travel plans whether you had to cancel a honeymoon in Italy, rejigger flights to a faraway land into a road trip upstate, settle for a staycation with takeout instead of a tropical cruise with overflowing buffets, forgo summer vacations and winter breaks, abandon business trips, un-RSVP from a destination celebration, or simply scrap going home for the holidays. And given recent Covid-19 surges, overcrowded ICUs, a new UK strain, and limited vaccine availability, borders will probably remain closed and globetrotters will be stuck with virtual sightseeing for the long haul.

But like JFK, we’re not here to curse the darkness (ok maybe there’s been some cursing!), but to light the candle (literally!) “that can guide us through that darkness to a safe and sane future.” And hopefully, one with a lot more umbrella drinks and souvenir shopping. Turns out one short-term solution to non voyage has been on your face all along—your sniffer.

All the senses play a part in memory and emotive reaction, but none greater than smell, which Venkatesh Murthy, professor and director of the Center for Brain Science at Harvard University, explains, is likely due to the brain’s anatomy and how smells are processed. In simple terms, scents bypass the thalamus where other types of sensory information have to make a first stop. Instead, they go straight to the brain’s smell center (olfactory bulb), which is directly connected to the amygdala (handles emotional processing) and the hippocampus (responsible for memory).

These Hotels Are Ringing in the New Year With Covid-Safe Parties, But Who's Booking a Stay?

And in the End

“There are more direct neuronal connections from the nose to the parts of the brain (collectively referred to as the limbic system) that are involved in emotions and memory formation,” Murthy says. “Smells appear to trigger even ancient memories with a lot of emotional sequelae. Aromas appear to tap into something immediately pleasant and soothing so it seems harmless to indulge in reminiscent smells emitted by candles to escape the daily grind. We are capable of constructing narratives based on broadly suggestive smells.”

Homesick, a home fragrance company, has built its entire brand around this philosophy and it has served them well, especially in the best laid year that was 2020.

“Even under the most normal of circumstances, people gravitate toward our fragrances because they transport people to places they’re not, and enhance the places they are,” says Lauren Lamagna, Homesick’s director of product development. “Whether they miss the warm sandy beaches of Hawaii or the simple pleasure of biting into a beignet on Bourbon Street, people have gifted our candles to stay connected with friends and family by sharing a memory, to commemorate canceled vacations, or as a hopeful reminder of a trip they can look forward to once the pandemic has passed.”

Lucky for you, Homesick is not the only candle maker that wants to wick you away with a scent-sational bouquet of beaches, cities, national parks, local delicacies, grand hotels, farms, or forests. It can’t hold a candle to actually going somewhere, but you can wish for things to slowly return to normal by blowing out these travel-themed wicks.

Homesick is the market leader in the world of GPS-inspired candles and you’ll be blown away by the sheer number of states, cities, countries, types of vacations (Ski Trip, Road Trip), specific places (Apple Orchard, Grandma’s Kitchen), and activities (Friday Night Football, Holiday Stroll) they have whipped up concoctions for.

Wake up on a lazy Sunday with enough wafts of pineapple, coconut, cyclamen, and seashore to trick yourself into thinking you made it to Maui overnight. New Orleans will leave your home office smelling like the Big Easy (gardenia flowers, creole food allspice, King Cake cinnamon, and Bananas Foster). Mexico might make you hungry thanks to a bouquet of butter, jalapeño, caraway, tortilla, and sugar. Ditto Puerto Rico, which churns together fresh strong coffee, vanilla, and the local delicacy arroz con sofritos and gandules. They’ve even got less exotic destinations like Indiana or Iowa, which make a great gift for college kids heading away for the first time, servicemen stationed overseas, or expats missing home. 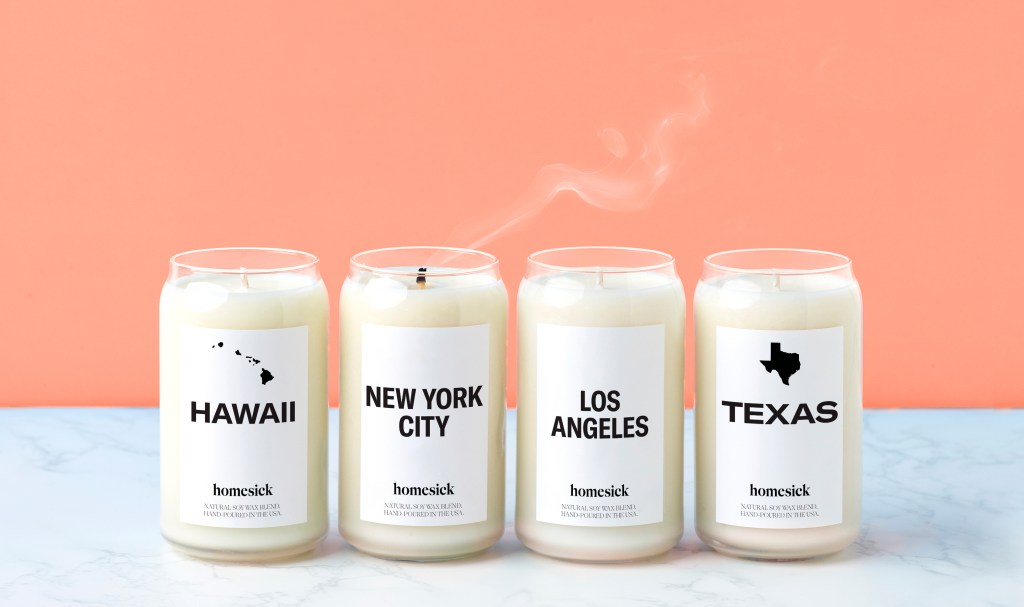 This series takes customers and their senses on a journey around the world. Bora Bora collects the sweet floral perfumes of Polynesia. Sit in front of a fan and squint until the flame starts to resemble the sun. Montauk mirrors the East Coast getaway with salt air and cucumber, while Tuscany’s wild primrose and tomato vine pairs well with a nice bold Chianti. Other points of the map captured in wax brilliantly by Tocca include Capri, Valencia, Marrakesh, and Kauai.

Game of Thrones fans who have ever wondered what it smells like north of the wall in Wildling country should send for this scent that describes itself as “ozonic.” We assume they mean the fragrance that happens when a country’s stunning nature and rocky geography are quite pristine and when there aren’t enough people to create a pollution problem big enough to rob the fresh air of its crispness. We’re also gonna assume that the light musk represents that time Jon Snow came to know something about love in that cave with Ygritte. 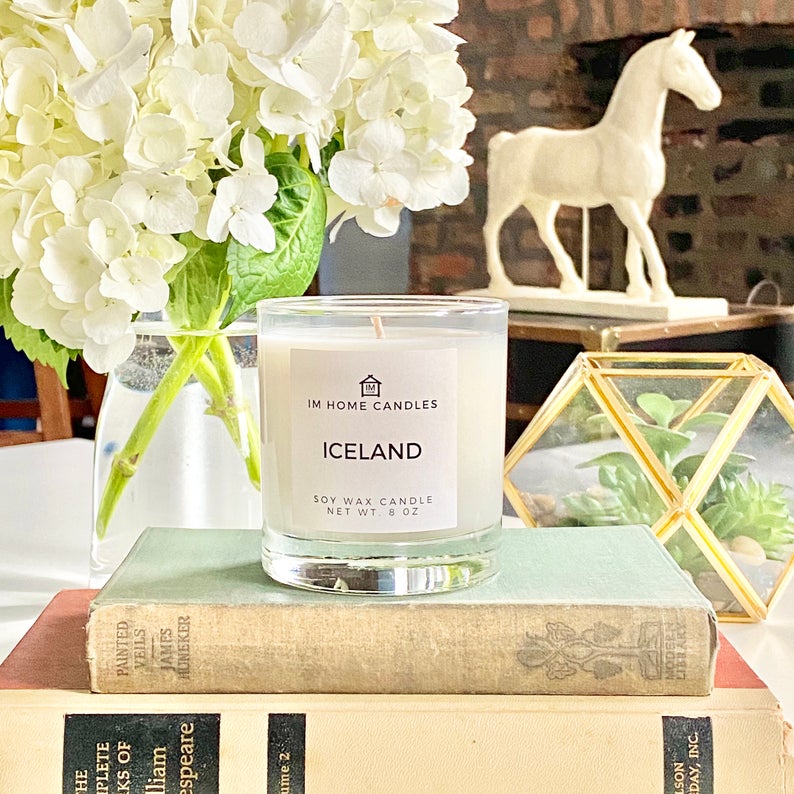 Hand-poured in Waunakee, Wisconsin, this burnable business started as a cottage kitchen industry 10 years ago and now ships the smells of the Badger State—bonfires in the Northwoods, cherished cherry blossoms in Door County, the giant oaks and maples of the Kettle Moraine Forest, Christmastime in quaint New Glarus, mid-state backyard lilacs, cranberry bogs (the state is the largest grower in the world), and the lavender fields of Washington Island—to all corners of the world. Extra cheers to the candle that smells of Wisconsinites’ favorite cocktail, the brandy old-fashioned, and comes in a jar festooned with art of the state made out of the names of the iconic supper clubs and Friday fish fries where they are most often consumed.

The company’s owner suffers from severe asthma so if you too are sensitive to scents, you can rest easy knowing that these candles are made without dyes, additives, parabens, or phthalates. No cheese candle though, which seems odd as it’s America’s Dairyland after all. 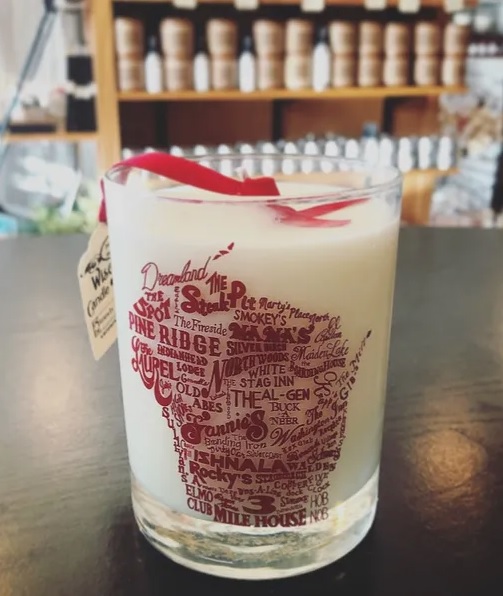 It’s gonna be a long time before you’re back bargaining in the souks of Marrakech souk for rugs, leather goods, and knockoff Yeezy kicks or lounging in the tiled garden courtyard of a riad so invest in NEST’s exotic combination of Moroccan amber, sweet patchouli, heliotrope, and bergamot. Choose from three sizes including a mini depending on how long you’d like your mental escape to the African continent to last. 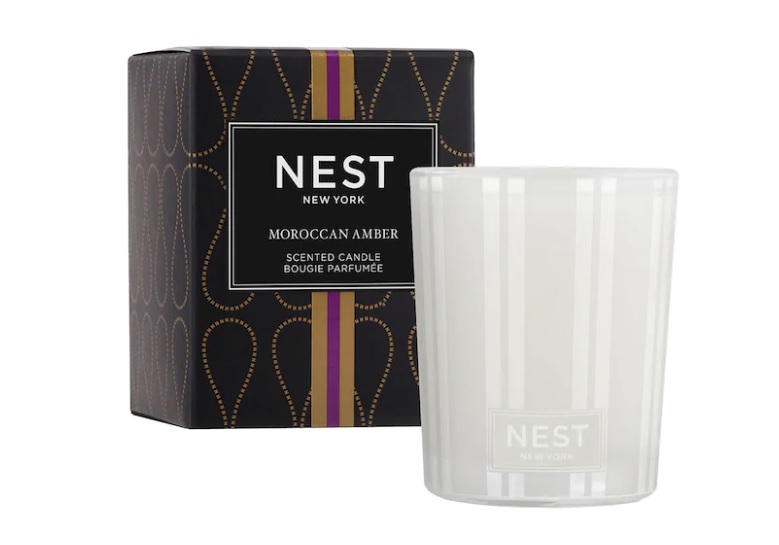 It isn’t surprising that this company with California roots has bottled one of the best beach scents on shelves. Laguna is their homage to the ritzy stretch of SoCal sand made famous by the MTV reality show about spoiled socialites. Its notes of sea salt, marine accords, plumeria, orange blossom, beach rose, gardenia, and geranium spell will send your raging wanderlust out to sea. 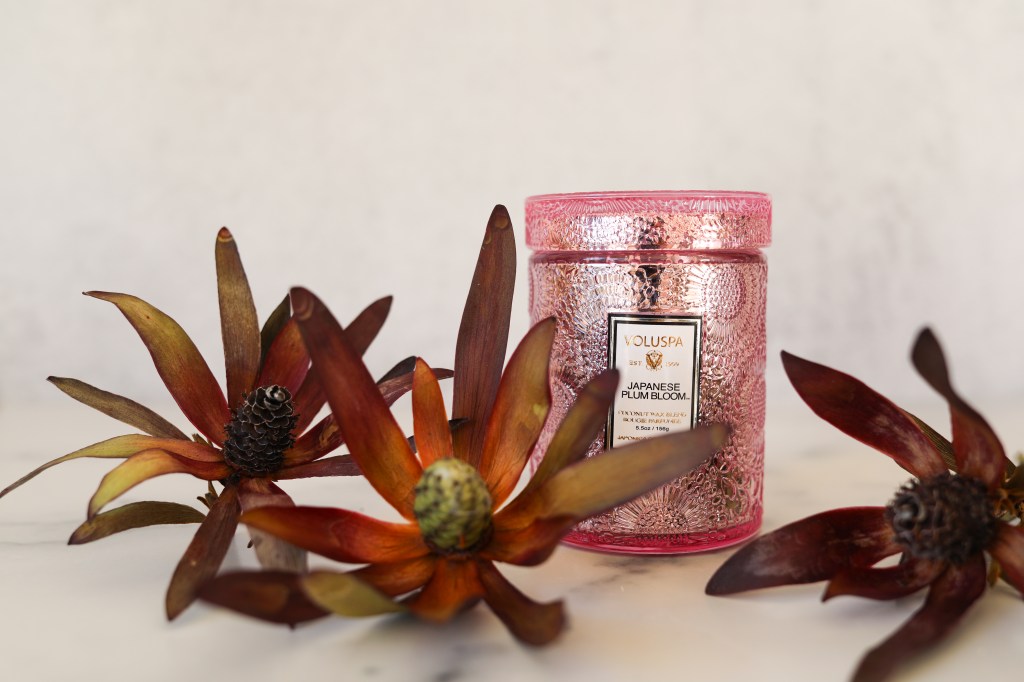 Although the name harkens to breath-taking Thailand, taking a deep breath around this Illume beauty from the Go Be Lovely Collection will send your thoughts on more of a global trot with notes of Bali mango, blood orange from Malta and Spain, Brazilian teak, and powerful yet delicate Asiatic lily. The decorative enjoyment of its appealing hand-painted ceramic pot lasts long after the final snuff. 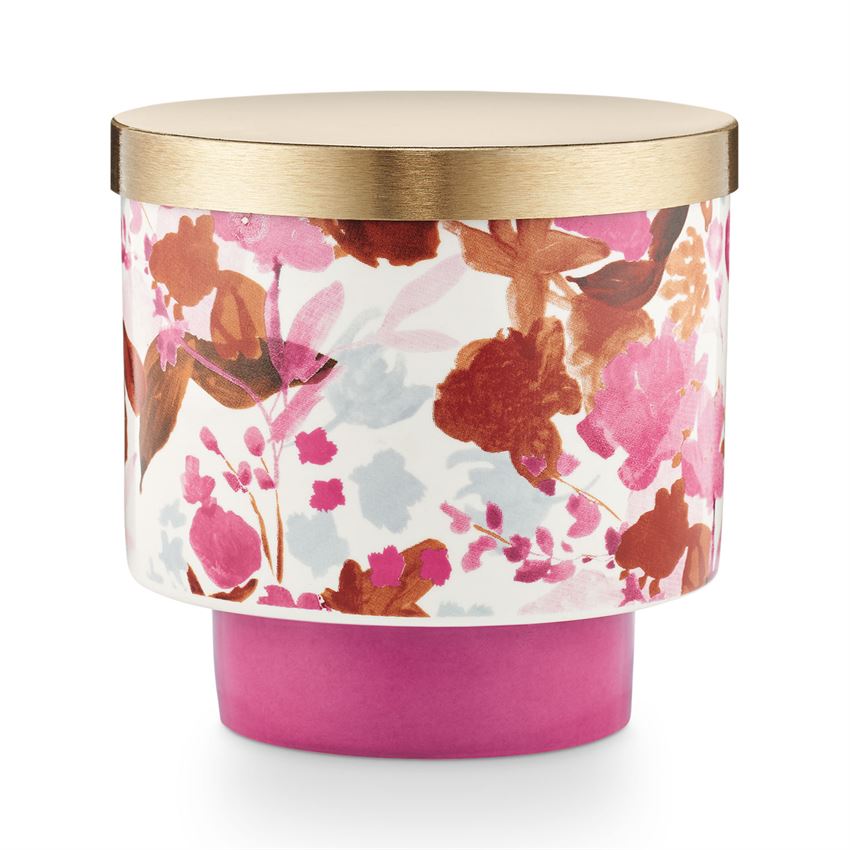 Lots of folks make Los Angeles candles and lots of them smell fab, but none are quite as specific or unique as the heady versions brewed up by Valley Girl Apothecary. She shows love for the underdog San Fernando Valley with creations like Ventura Blvd, No. 818 Valley Girl, Pacoima, and Van Nuys. Even more niche: 4:20 In The Valley (Not really weed, just hemp and aromatic cannabis) and Newport ’69 At Devonshire Downs, a tribute to the largest pop festival of its day that was held at a now-defunct event space in Northridge and featured Jimi Hendrix, and Creedence Clearwater Revival. 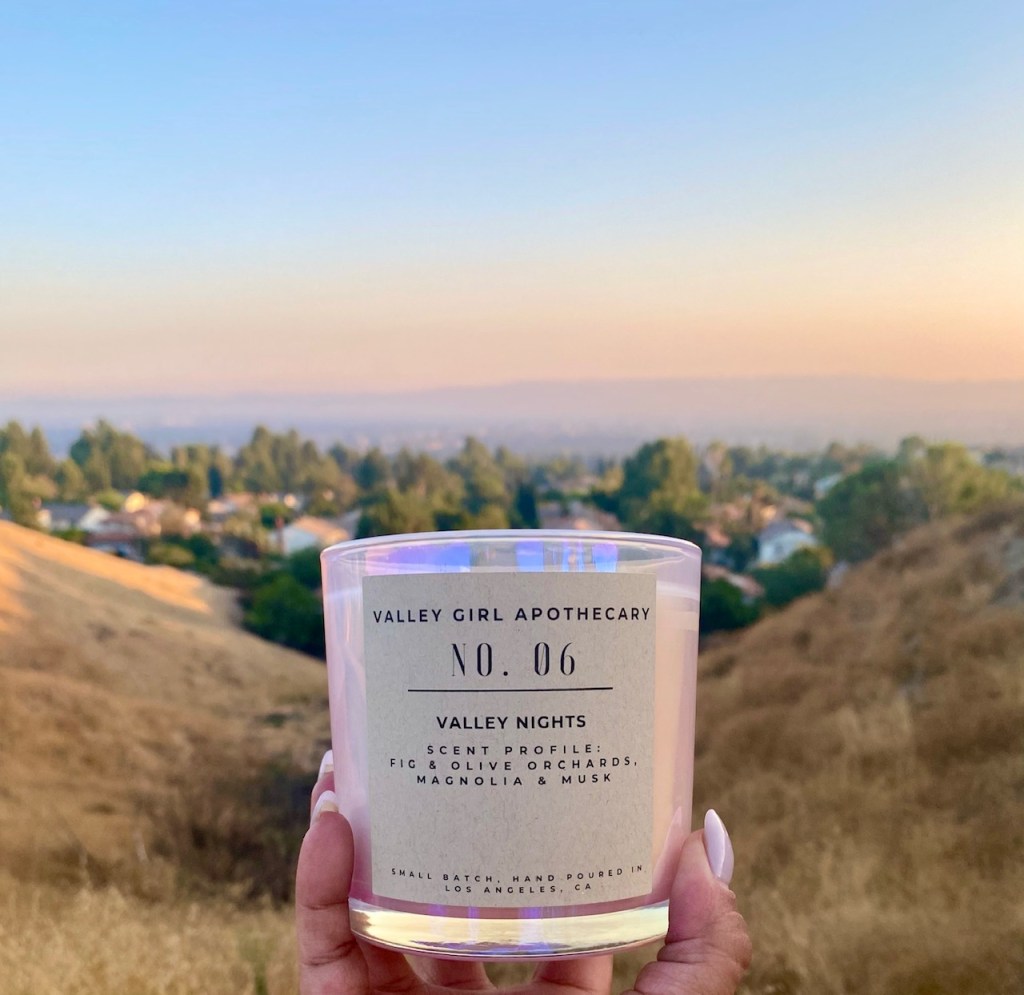 Paris is always a good idea, and one store you should always slip into is diptyque, which just released a commemorative line of ceramic candles with scents based on locations important to the long and storied history of the company. 34 Boulevard Saint-Germain captures the fresh and spicy olfactory atmosphere created in their original boutique — still there to this day — by large quantities of their favorite raw materials (damp mosses, crumpled blackcurrant leaves, sun-dried fig leaves). La Prouveresse is named after a lane that Yves Coueslant (one of diptyque’s three founders) would take when he stayed in his house near Grasse, France. The path was lined with fig and cypress trees and aromatic herbs, which are all represented within the walls of its striking pottery. 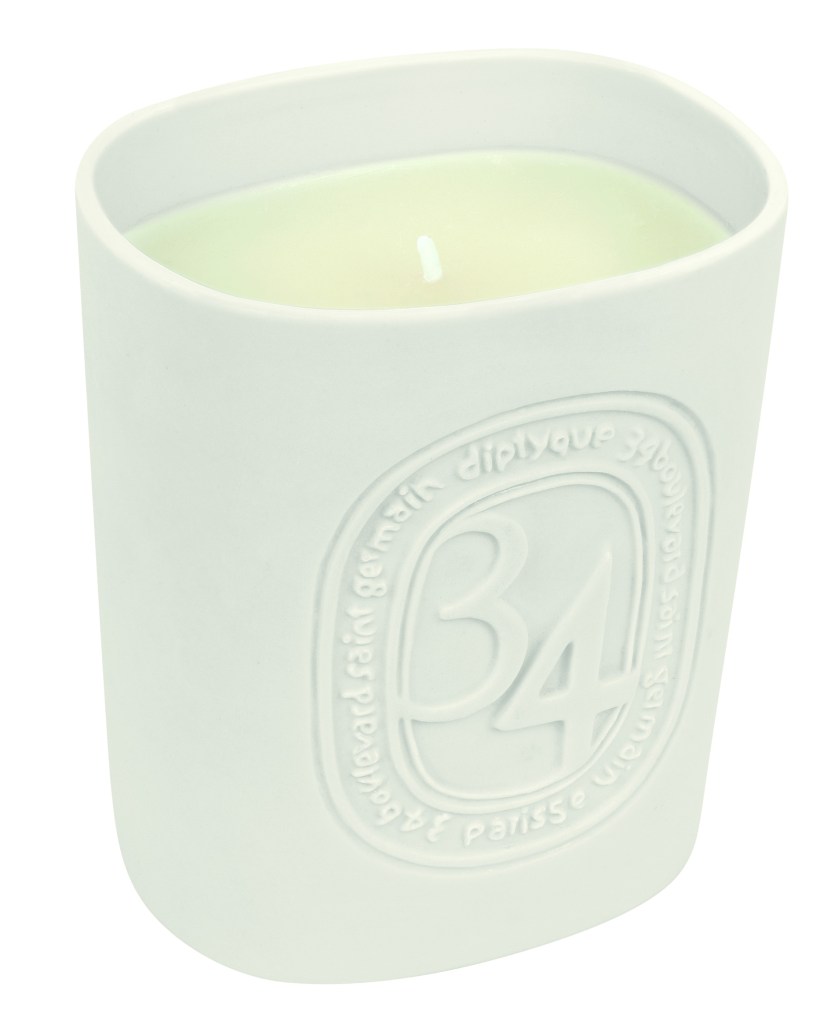 The popular home décor company’s We Took To The Coast series tries to capture the serenity of a summer day spent by the water in Cape Cod or Maine. The 10 Straight Wharf swirls hydrangea, orange blossoms, and sea salt whereas the Blue Jean, White Shirt leans heavily into sandalwood and the smell your clothes get when warmed during a beach stroll by the sun. Both have a box with an adorable illustration. Also interesting are the Winter Harbor Candle, which recalls fireside relaxing after a grueling day fishing on the deep blue sea, and the Pines By The Sea, which jets to the Mediterranean with the aroma of piney shrubs and salt air contained within a bark-wrapped vessel. 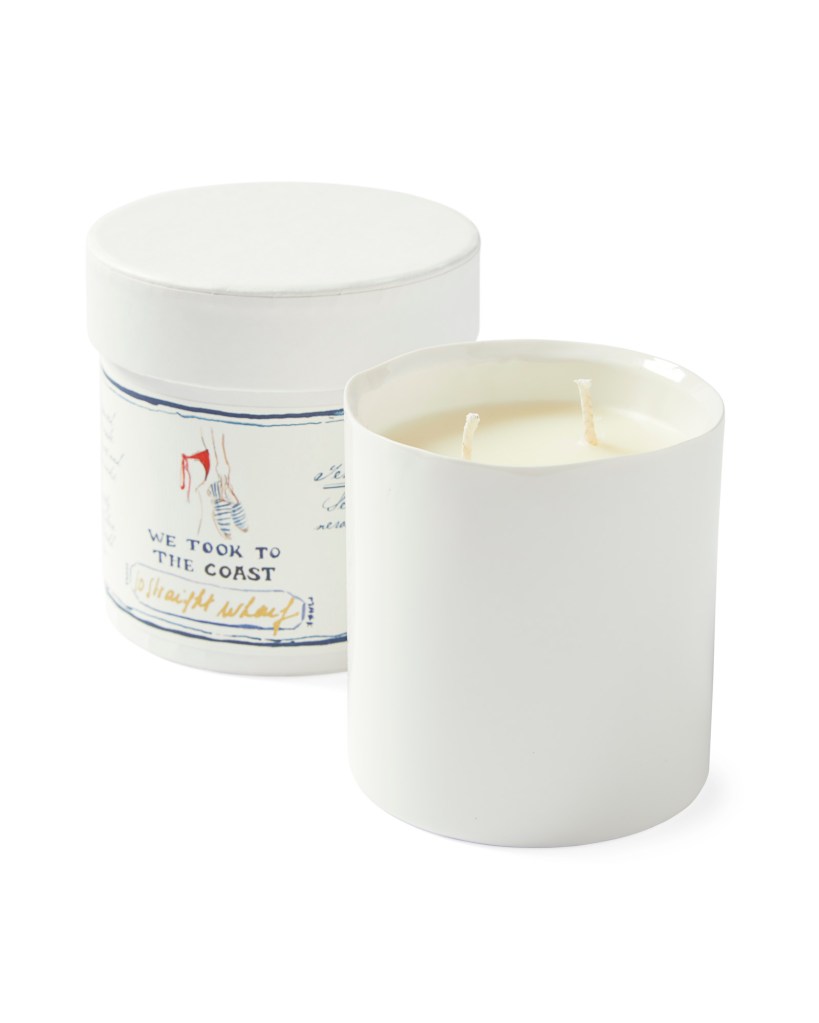 Feeling isolated during the pandemic led a science/special education teacher to start experimenting with candle-making in her New Jersey home, which in turn became a smelly side hustle. Her “Vacation In A Jar” line delivers you around the world from your living room to a cobblestone street lined with cinnamon strudel shops in Bavaria, a cactus and spa-filled desert in Scottsdale, Ariz., Delhi in India (the biggest mango producer in the world), or the fir-trimmed snowy mountaintops of Whistler, Canada. 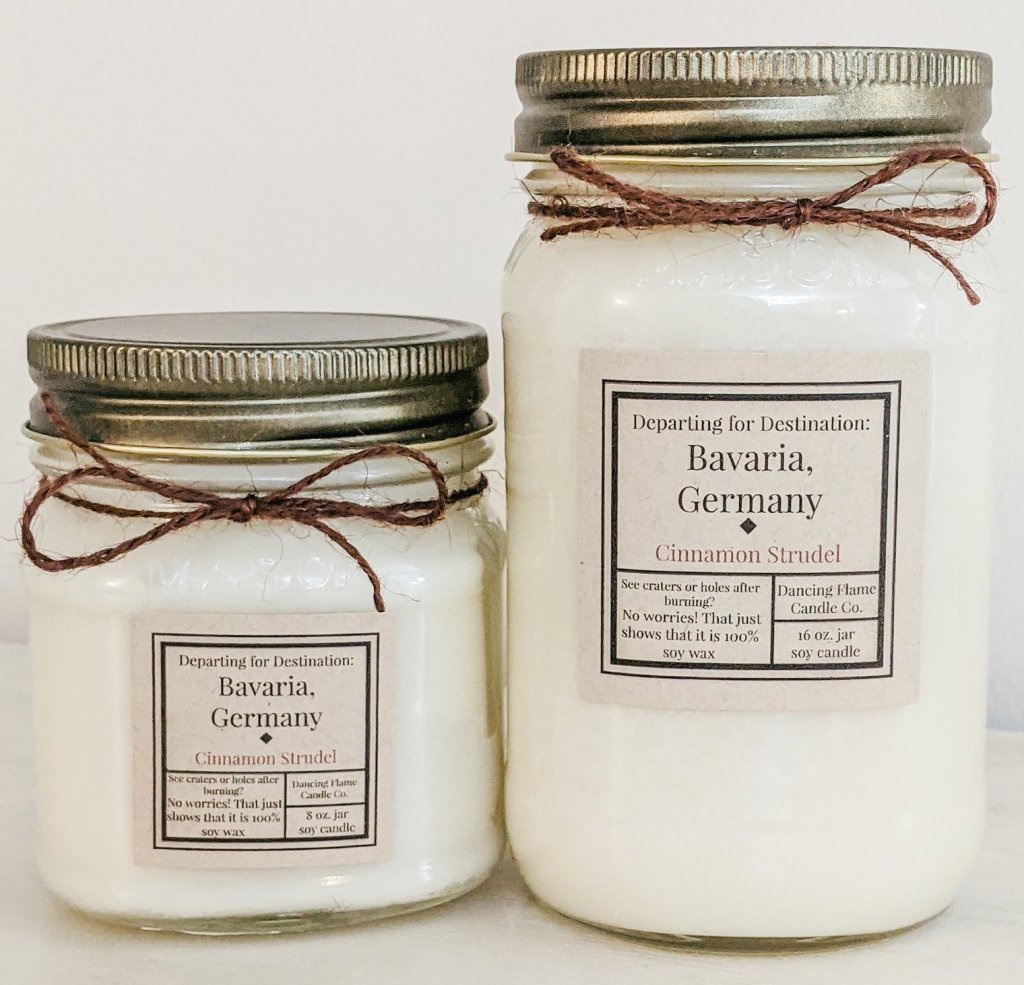 Designed in Denmark and assembled in France, this brand made with rapeseed wax showcases all things Scandinavian, with candles inspired by fjords, the mystical Northern Lights (Nordlys), foraging for cloudberries and lingonberries to eat with ice cream (Baer), misty islands that smell of pine needles and musk (Oy), troll forests (Skog and Lysning), and simply chic homes (Koto). There’s even one to capitalize on and encourage the trendy Hygge movement, which is all about creating a warm atmosphere while enjoying the good things in life with good people. And isn’t that everything a vacation should be? 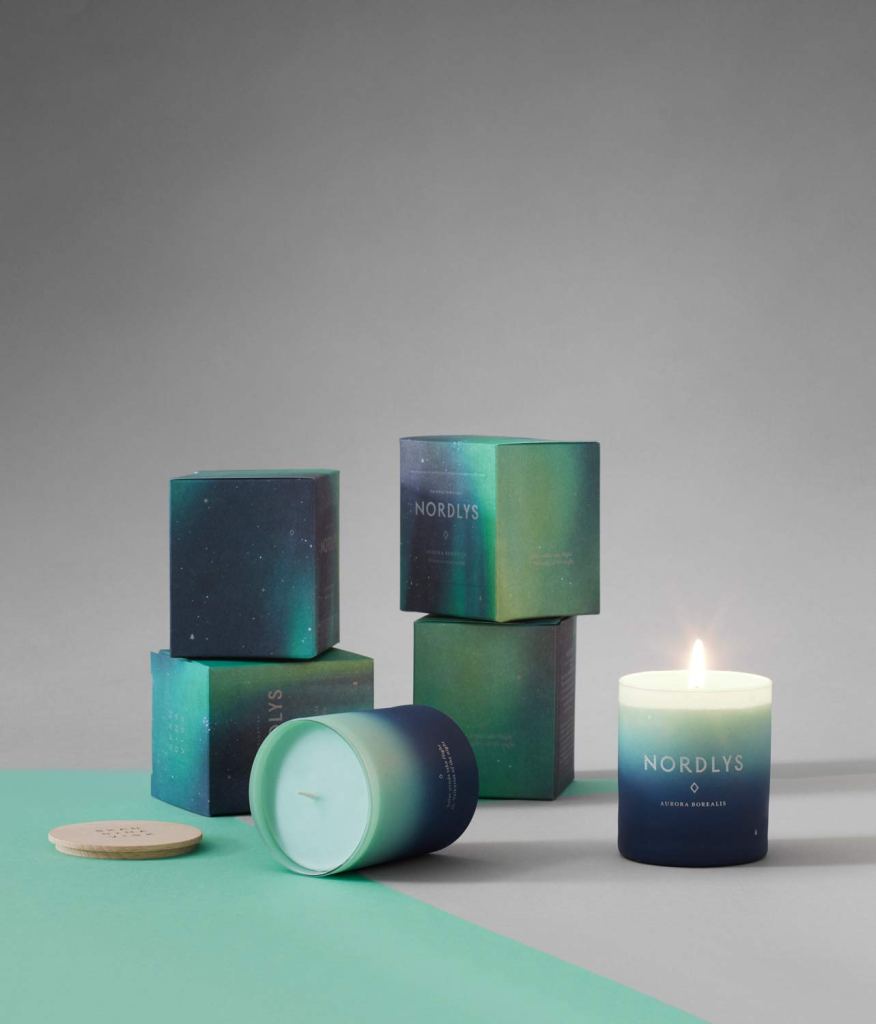 Talk about manifest destiny. Crystals power this new luxury line created by a grounded-in-2020 travel writer who personally uses all things woo-woo to turn her travel dreams into reality. The scent and the crystal hidden inside the all-natural wax are related to the location while the selenite shard on the lid amplifies the inner mineral’s mojo and the intention set by the burner when lit. For example, the Santorini, a Greek Isle known for superior sunsets and romance, smells of salt air and wild florals and contains rose quartz for attracting love. Also available: lemony Positano and Paris. 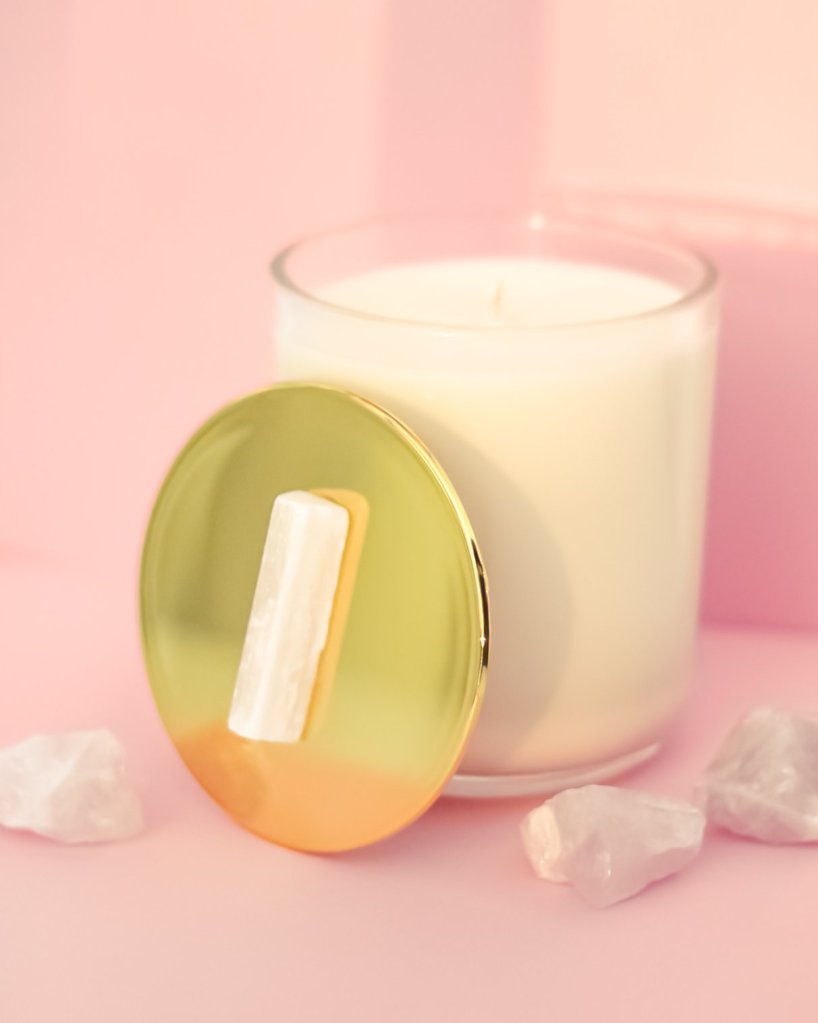