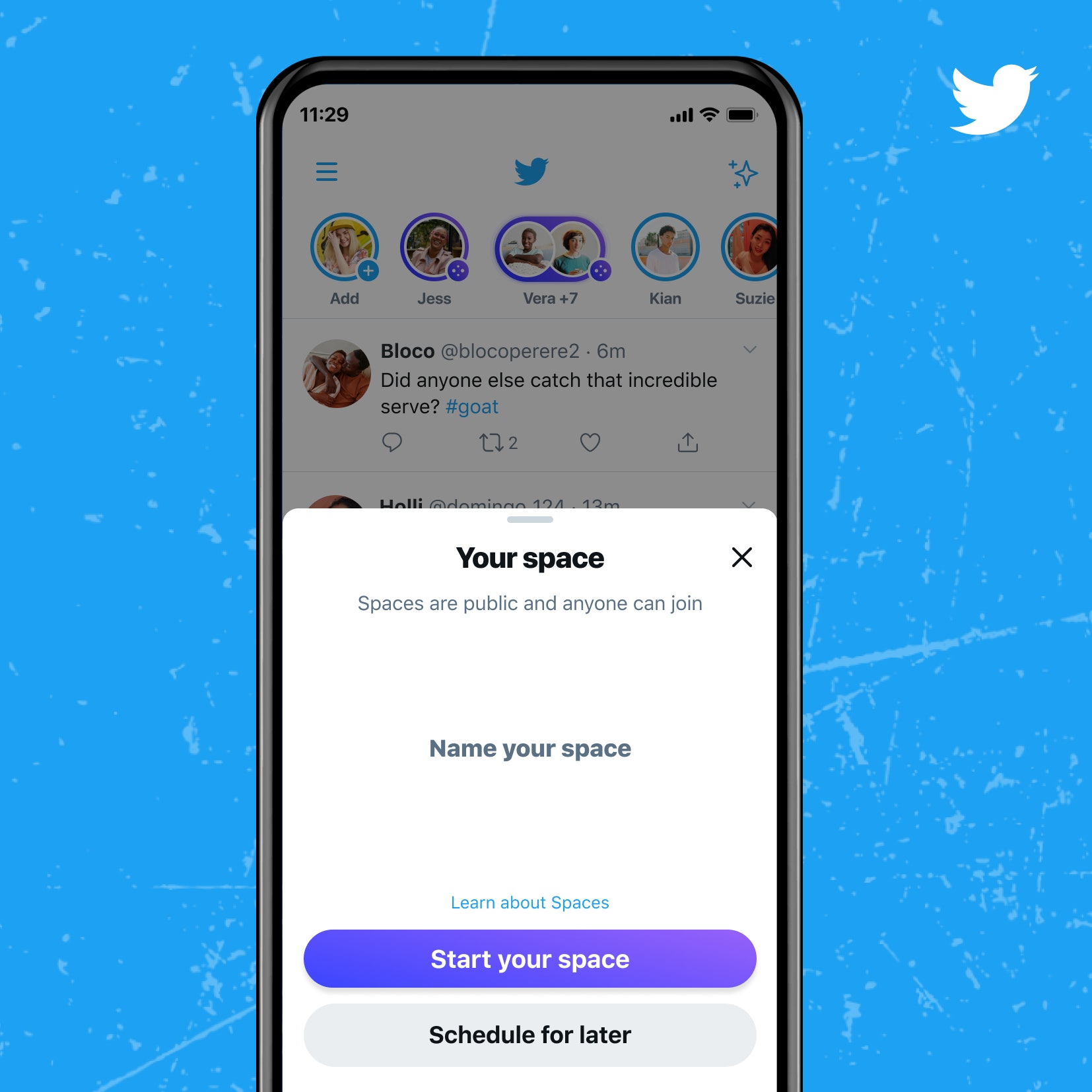 Twitter users were buzzing when the company began testing a Clubhouse-inspired audio rooms feature for a limited group of users in December 2020. After a bit of a wait, more Twitter users than ever now have the ability to create their own Spaces. If you’ve seen your friends hosting speaking panels on the platform but can’t figure out how to host your own discussion, you might be wondering why you don’t have Twitter Spaces. It all comes down to your followers.

ICYMI, Twitter first launched a beta version of the audio conversations feature back in December 2020 to a small group of iOS users and select celebrities. Unfortunately, the Clubhouse-esque feature — which basically supports audio chat rooms on Twitter — is still not available to everyone just yet. Thankfully, on Monday, May 3, Twitter rolled out the ability to host Spaces to all iOS and Android accounts that have at least 600 followers on the platform. While all iOS and Android users can still listen or speak in a Space, only people with 600 or more followers will be able to create one and start a discussion. If you have at least 600 followers and don’t see it right away, try updating your Twitter app.

In a series of tweets shared on May 3, Twitter shared its reasoning for expanding Spaces hosting to this group is because of the built-in audience. In the tweets, the company said, "Based on what we’ve learned, these accounts are likely to have a good experience hosting because of their existing audience … Before bringing the ability to create a Space to everyone, we’re focused on learning more, making it easier to discover Spaces, and helping people enjoy them with a great audience."

If you have it, you can either start a Twitter Space by going to your Home timeline and then selecting the Tweet compose button. Then, tap the Spaces icon (which looks like multiple circles in a diamond shape) on the left of the screen. You can also start a Space by going to Fleets, tapping your profile image, then scrolling to the right until you see Spaces.

The tech company also revealed that it’s testing out some additional features before it rolls out Spaces creation to everyone, including a Ticketed Spaces feature that allows users to monetize their Spaces. For example, a "limited group" of people will be able to set ticket prices and charge people for coming to their Ticketed Spaces in the coming months, per a Twitter announcement. Considering celebrities like Taylor Swift, Nick Jonas, and NCT have previously hosted Spaces for musical performances, the ability to monetize your time and effort on Space could be a game-changer for the app.

Twitter will also be working on an update that allows you to schedule and set reminders for upcoming Spaces as well as a feature that lets you co-host Spaces with other people.

According to the company, millions of people now have the ability to create a Space with its May 3 rollout, but only time will tell exactly when Twitter works out all the kinks in its test version, finalizes its unique features, and makes it available to everyone.