Why Everyone Is Talking About the Kendall Jenner Wedding Dress

The Kardashian-Jenner family is no stranger to controversy, and Kendall Jenner is now making headlines for the dresses she wore recently to two different weddings.

Here’s what Jenner wore and what fans are saying about her dresses.

On Thursday, Nov. 11, Jenner participated in the beach wedding of her friend, influencer Lauren Perez. It appears that Jenner was a bridesmaid, as she wore a light blue gown that matched the other bridesmaids’ dresses.

But then Jenner changed into a different outfit for the reception, which was held at the Setai Hotel. Her second look is what has tongues wagging and people criticizing her on the internet.

The 26-year-old wore a skimpy black dress with so many cutouts that it left very little to the imagination. She posted a photo of the look to her Instagram Stories. In the picture circulating the internet, Kendall is adjusting her dress and smirking sultrily while her friend and fellow wedding guest Hailey Bieber poses next to her. Bieber wore a sparkly gold gown, and she did not appear to be a bridesmaid since she never donned the blue dress Jenner wore earlier that day. 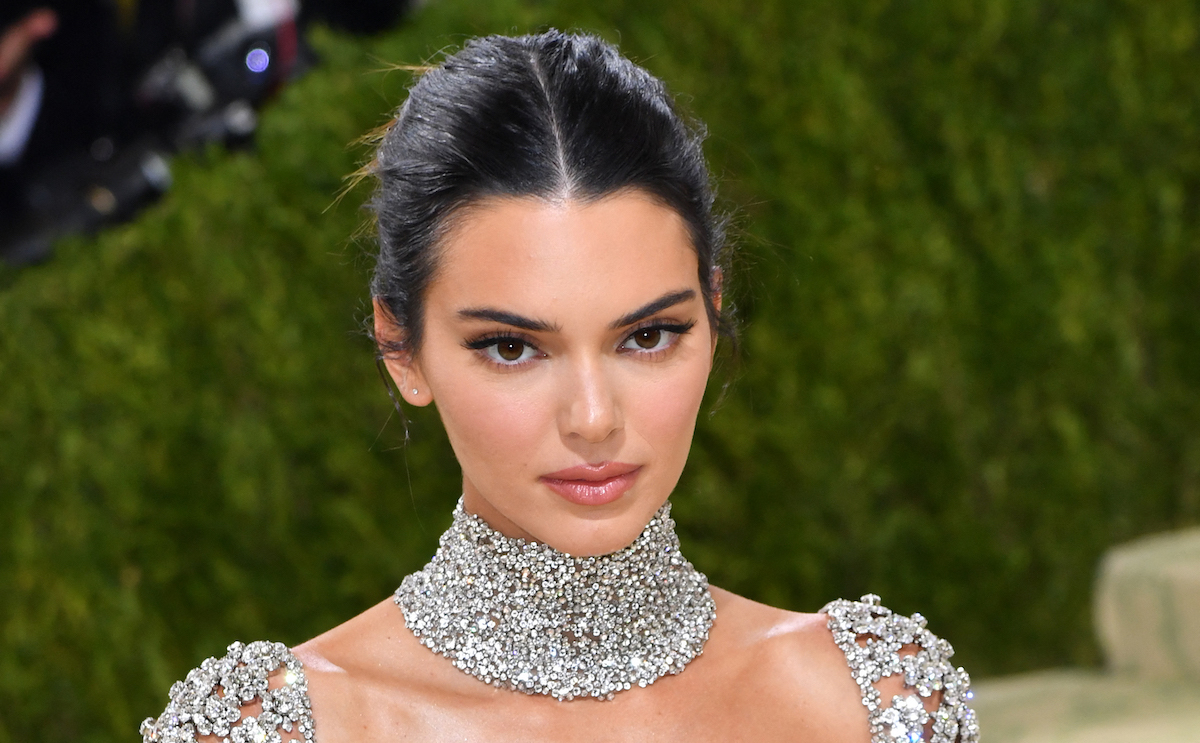 The Kendall Jenner wedding dress has fans in an uproar; they say she was ‘taking the spotlight away from the bride’

Fans are outraged by Jenner’s choice of attire at Perez’s wedding. Most people know that you’re supposed to let the bride shine on her wedding day. That typically means not wearing a white dress or anything too flashy or revealing.

It appears that Jenner missed the memo, and fans are not happy about it. They are attacking her on social media, saying things like, “To a wedding?? What is wrong with this family…” and “anything for the spotlight even on a friend’s wedding day.”

One Twitter user said, “Yet another way to make it about herself, seems to be the running theme with that family,” while another commented, “I think the bride is supposed to be the focus of attention. Thirst traps need not attend.”

One commenter called Jenner the “Worst wedding guest of ALL time,” while another speculated, “And did the bride walk down the aisle with nothing on?”

Another user summarized what most people seem to be thinking by saying, “Wow, taking the spotlight away from the bride…SMH.”

Fans slammed the model for her fashion choices at another wedding

Jenner missed the wedding dress mark not only once but twice in the last week. Just a few days after wearing the black cutout dress to Perez’s nuptials, Jenner made another poor outfit choice at her friend Simon Huck’s wedding.

Jenner’s sister Khloé Kardashian posted a group photo on Instagram of several wedding guests, including Jenner, Hailey Bieber, Kourtney Kardashian, and Travis Barker. Everyone in the picture is wearing black, except for Jenner, who wore a textured gold gown.

It almost would have made more sense for her to wear the gold dress to match Bieber at the wedding a few days prior and to wear the black cutout dress to the event where everyone was wearing all black.

Fans are criticizing Jenner’s outfit, saying things like, “Did Kendall miss the black memo?” and, “Everyone fire but Kendal didn’t get the assignment.”

Others opined that Jenner shouldn’t be out partying so soon after the tragic deaths at Travis Scott’s Astroworld on Nov. 5. Travis Scott is dating Jenner’s sister, Kylie Jenner, and is the father of their daughter Stormi and the child Kylie is expecting.

“Kendall got over astroworld so fast 😢” one commenter wrote, while another said, “10 people have passed away from astroworld, and here are the Kardashians taking pictures, going to parties and not paying tributes to the now 10 lost souls lost in this horrible tragedy #cancelthekardashians 😭”