Lead vocalist of the rock band Sugar Ray Mark McGrath shared a personal story on the June 24 episode of “The Talk” and shed a few tears while doing it. Responding to the segment’s topic of tough love experiences, McGrath immediately recalled a memory about his father sending him to a bootcamp at Camp Pendleton in California in the summer of 1984 or 1985.

McGrath explained that his father told him he needed a job by a certain date, or else he would have “something” for him. “I’m a Newport Beach guy. I’m on the beach. Surfing, having fun. … Of course I didn’t have a job on June 23,” the singer recalled. “Next thing you know, I’m in the car on my way to a military camp in Camp Pendleton,” he continued. “I’m like, ‘Oh my God,’ and I saw my dad’s car just go away,” he added.

McGrath admitted he “hated” his dad after the stunt, but knew it was the best thing for him. “It was the worst thing ever, but it helped me grow. I learned things,” he said. “And it let me know things I never wanted to do in my future, and I kept some tools in my back pocket that I still use today,” he confirmed.Then, his story took a tear-jerking turn when he was asked if he ever forgave his father. Keep scrolling to learn why Mark McGrath got emotional on “The Talk.”

Mark McGrath opened up about his dad's death 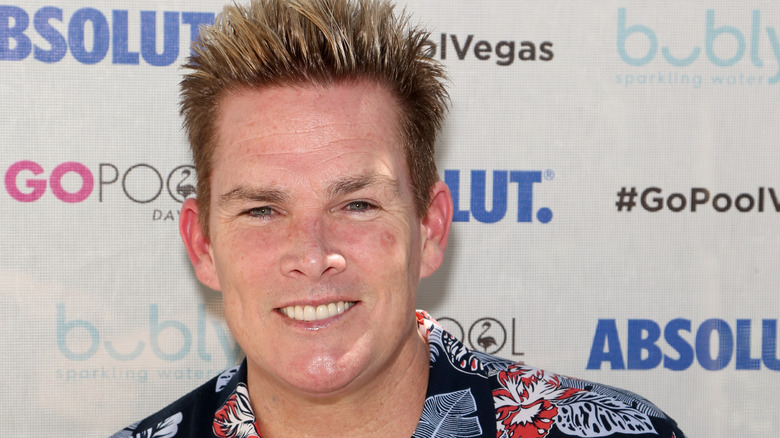 Following his military camp story, Mark McCgrath was asked by the other co-hosts of “The Talk” if he forgave his father — and if his father was aware. In response, McGrath instantly got choked up.

“I told my dad on his deathbed. My dad was passing away,” the singer began. “He knew I didn’t forgive him for this and he goes, ‘Mark, are you still mad at me for that Camp Pendleton thing?’ I go, ‘Dad I forgave you a long time, you know? You gave me all the tools I have to be successful.’ And he just gave me this big hug and then he passed away like two months later,” he tearfully recalled.

“You guys got me in my feels here on ‘The Talk,'” McGrath continued, addressing his sudden emotion. “And I got to rectify the situation. He knew a long time ago I was grateful. Any success I had was absolutely attributed to my dad,” he concluded.

The emotional monologue was a stark contrast to McGrath’s time on “The Talk” on June 23, during which co-host Amanda Kloots confessed her love for the musician. “Had so much fun today hangin with my friends on @TheTalkCBS!” McGrath tweeted in response to the clip. “Thank you for the love and hospitality, see you tomorrow and Friday!”