1000lb Sisters star Amy Slaton has revealed she found out she was pregnant with her second child after becoming constipated for three weeks.

Amy welcomed a son, Glenn, in July, and recently marked his six-month milestone on Instagram.

In a clip from the new series of 1000lb Sisters shared exclusively with Metro.co.uk, Amy and Michael excitedly share their pregnancy news with the expectant mum going on to let loose how she knew she had a bun in the oven.

‘We’ve got a big surprise for you guys,’ she declared. ‘We’ve been holding out for a while now to tell you this…’ 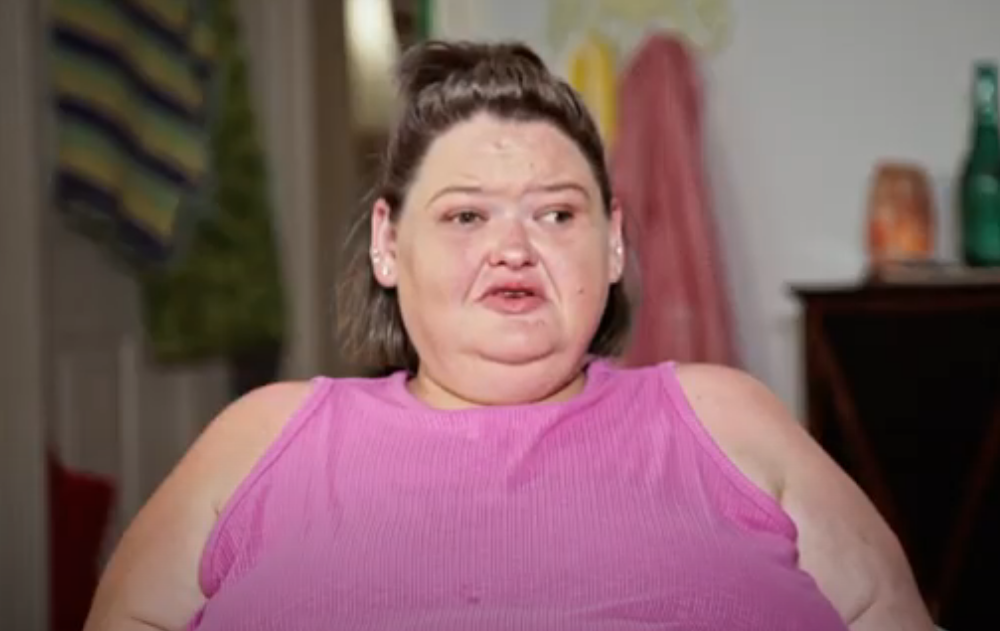 Amy continued: ‘Baby number two, we’ve been calling it Beanie. We don’t know what it is yet.’

Speaking directly to the camera in a confessional, Amy went on to add: ‘Two years ago I found out that I was pregnant with Gage because I went to the ER because I was so constipated.

‘And with this one, it was like babe, I haven’t pooped in three weeks! I’m pregnant, that’s how it went.’

Constipation normally occurs when stools remain the colon for too long and the colon takes in too much water from them, causing the stools to harden.

It is a common ailment that affects people of all ages and is also common during pregnancy and six weeks after giving birth.

According to the NHS website, constipation can usually treat it with simple changes to your diet and lifestyle.

Amy has been enjoying watching her son Glenn grow.

Earlier this week, she shared an update about her little boy as he turned six months.

‘This boy so smart he hit every milestone and some,’ she penned. ‘Right now he is working on crawling he can get his knee up right then he leap. Or army crawls.’ (sic)