Hi I’m James and I’m an American living in London. Last year I got married and invited my American friends to the UK and Scotland for my bachelor party. We had fun. I’ve also attended a British stag do. Allow me to point out some differences between the two celebrations.

(a very tiny photo of me and my friends)

They do this during a pub crawl or bar crawl. They do this in the club. They do it on the plane at 6:15am en route to the stag destination. It’s just a thing. They sing football songs, top 40 ballads, anything really. They also chant “Lads, lads, lads!” a lot. Which doesn’t strike me as odd until I consider how weird I would feel yelling “Bros, bros, bros!” in the bar with my friends.

4.Stag Do’s often travel out of the country.

The UK is so close to Europe and flights are relatively inexpensive. It’s common to visit Ibiza, Prague, Amsterdam, Krakow, or even Sofia, Bulgaria on a stag do. Even if you and your friends only see the inside of bars, it’s still pretty cool to travel out of the country for a weekend of fun. In America, this is almost impossible for a weekend. The country is so big that even flying to a different state for the weekend will take longer than UK -> Europe, and the cost is many times higher.

5.Stag dos frequently force the groom to wear something skimpy or scandalous.

In my mind, this is different from the team dress up I mentioned earlier. This is not “everyone goes out in matching costumes because we’re all part of the joke.” This is “we all look normal but we’re going to humiliate you with this sexy nurse costume.”

6.Stag Dos are sometimes multigenerational, with the father, grandfather, and even father-in-law tagging along. 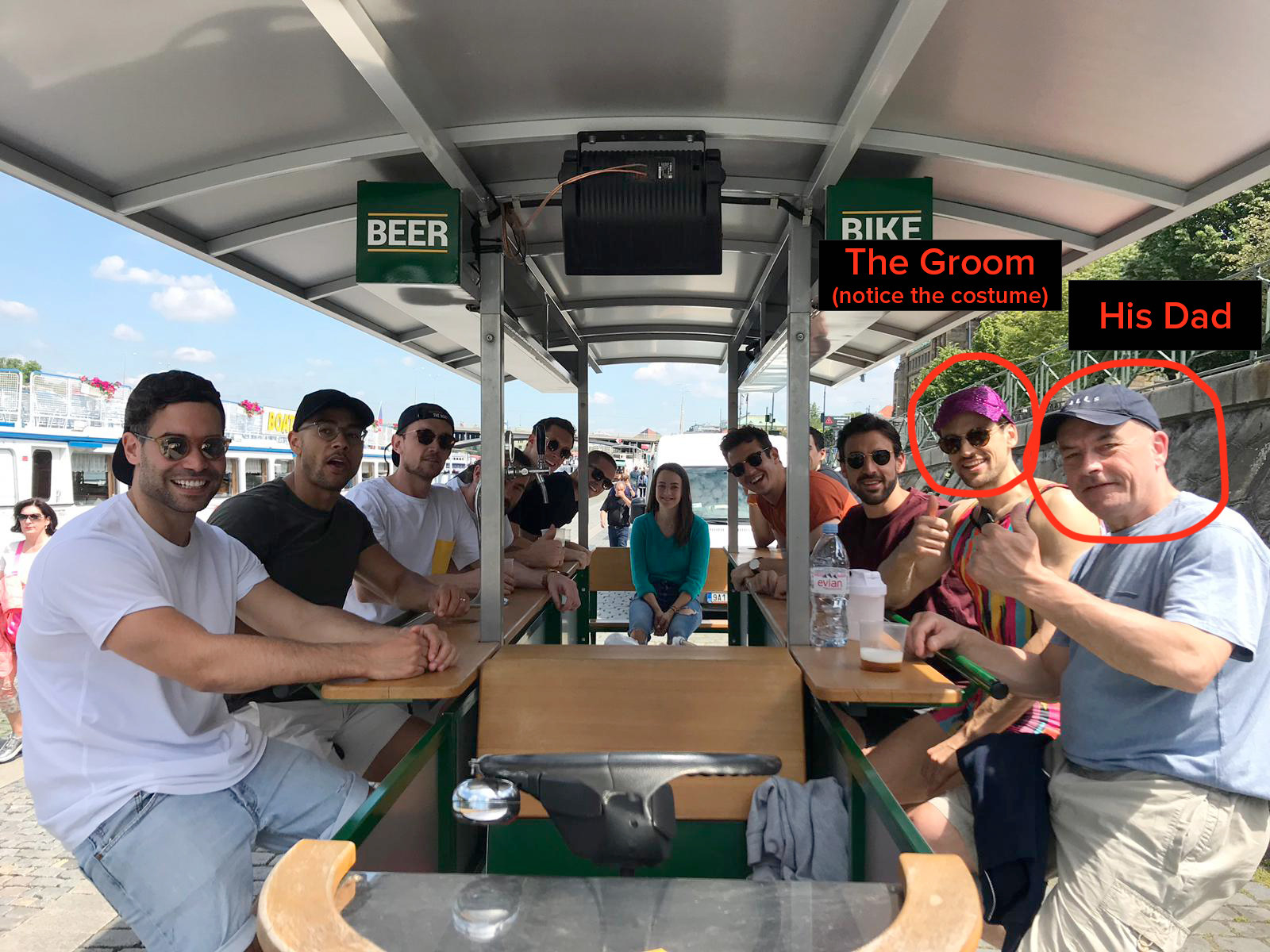 Americans will cringe at this because they immediately imagine how embarrassing it would be to do stupid drunken things in front of your future father-in-law. But in British culture, that is the point — and it’s totally acceptable. In fact, the older generations can sometimes be the worst behaved. I find this to be an “unhealthy yet healthy” way to get to know the bride’s family. This may be a controversial opinion, but I like the multigenerational thing.

7.The things guys do “for fun” on a stag do in the UK are completely twisted and vile.

I cannot stress this enough: the level of drunken depravity on a stag do is completely off the charts in comparison to American bachelor parties.

8.But the antics are not random. The fundamental purpose of the depravity is to humiliate the groom. This is your opportunity to subject a close friend to levels of torture usually reserved for acting military.

You might think these stunts are limited to lad culture — the most extreme alpha males. But witness below where I ask my colleagues at BuzzFeed for their stories. I can attest these guys are regular (dare I say “sensitive”) guys — guys with wives, with children, with dreams.

A different colleague told me about his own stag: his friends got him wasted, tied him up, put him on a boat, and then unmoored the boat and let it drift away. He woke up the next morning, tied up, on a boat, in the middle of an unfamiliar lake. Another colleague said they went to China on a stag, got the groom on a bullet train (wearing a skimpy dress with no underwear, of course), waited until he’d passed out, and then abandoned him — abandoned him in a dress, on a bullet train speeding through China to a random city, in a country where he did not speak the language. All this mayhem from a sample size of 8 people.

9.What is perhaps most sinister about the pranking is the creativity and foresight that goes into it. These pranks don’t just happen. They are meticulously planned.

It is a strange way to show your love. With friends like this, who needs enemies!?

In conclusion, if you take one thing away from this article, it should be this: bachelor parties look like 5th-grade birthday parties in comparison to stag dos.

Did I miss any important differences? How do you do stag dos or bachelor parties in your country?