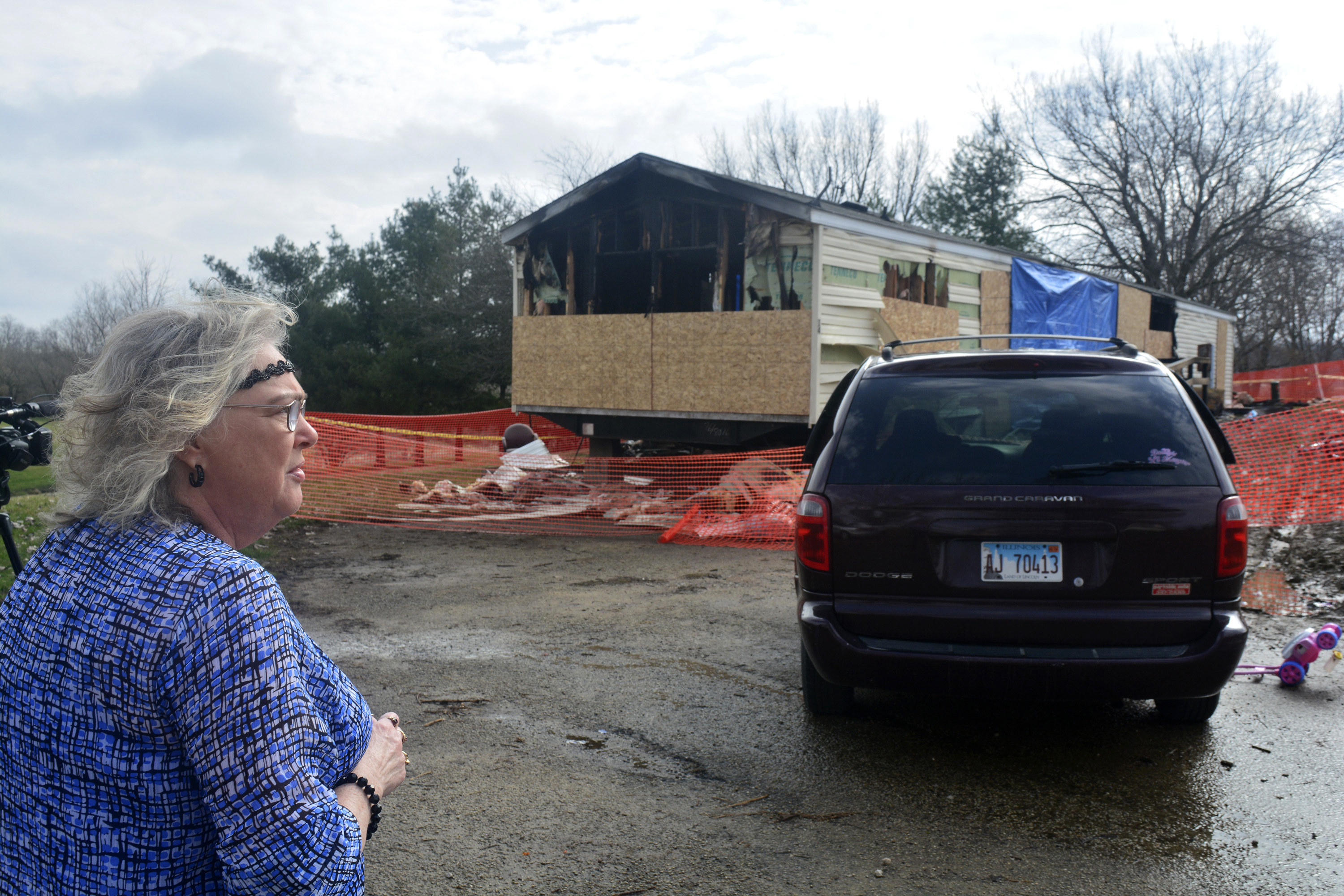 Marie Chockley, a resident of the Timberline Mobile Home Park in Illinois, surveys the damage caused by the fire in April.

A 9-year-old child was charged Tuesday with five counts of first-degree murder after being accused of starting a fire in an Illinois mobile home that killed five members of a family, including three toddlers.

Minger did not identify the child or provide details on the child’s possible relationship with the victims of the fire.

Local news outlets reported that the child was male, citing the state’s attorney and the coroner.

The April 6 fire at the residence in the Timberline Mobile Home Park in Goodfield resulted in the deaths of Kathryn Murray, 69; Jason Wall, 34; Rose Alwood, 2; Daemeon Wall, 2; and Ariel Wall, 1. They died of smoke inhalation, the Journal Star reported.

Katrina Alwood, who was 27 at the time, and her 8-year-old son, managed to escape the fire and survived.

Katrina Alwood and Jason Wall were engaged. The two were the parents of Deameon and Ariel Wall. Rose Alwood was Katrina’s niece and Murray was Katrina’s grandmother. 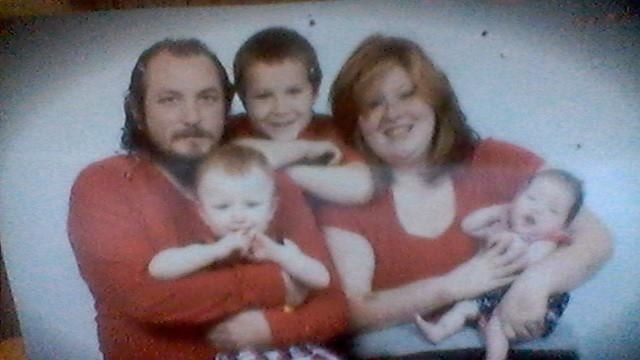 Katrina Alwood and her family

Katrina Alwood shared a news story about the murder charges against the child on her Facebook account Tuesday, writing, “I would appreciate if everyone would stop the hate comments he’s only nine he needs help he’s just a baby so please stop.”

Minger told the Journal Star that it was a “heavy decision” for his office to charge the 9-year-old with murder.

“It’s a tragedy, but at the end of the day it’s charging a very young person with one of the most serious crimes we have,” Minger said. “But I just think it needs to be done at this point, for finality.”

A spokesperson for the state’s attorney’s office told BuzzFeed News that Minger declined to comment or provide any other details as it was a juvenile case.

Minger suggested that the juvenile knew that others were inside the home when setting the fire.

The Woodford County Coroner earlier ruled that the fire was started intentionally, the Journal Star reported.

The child will be appointed an attorney and will be subject to a bench trial before a judge, and not a jury, Minger said.

He suggested that the child will not face time in prison and will likely have to undergo therapy, counseling, and psychological evaluation.

The minimum age of detention for minors in Illinois is 10 years old.

“Probation, given the age, is about the only outcome that could happen here,” Minger said.

He added that if convicted, the child would likely be sentenced to at least five years of probation but not beyond the age of 21. 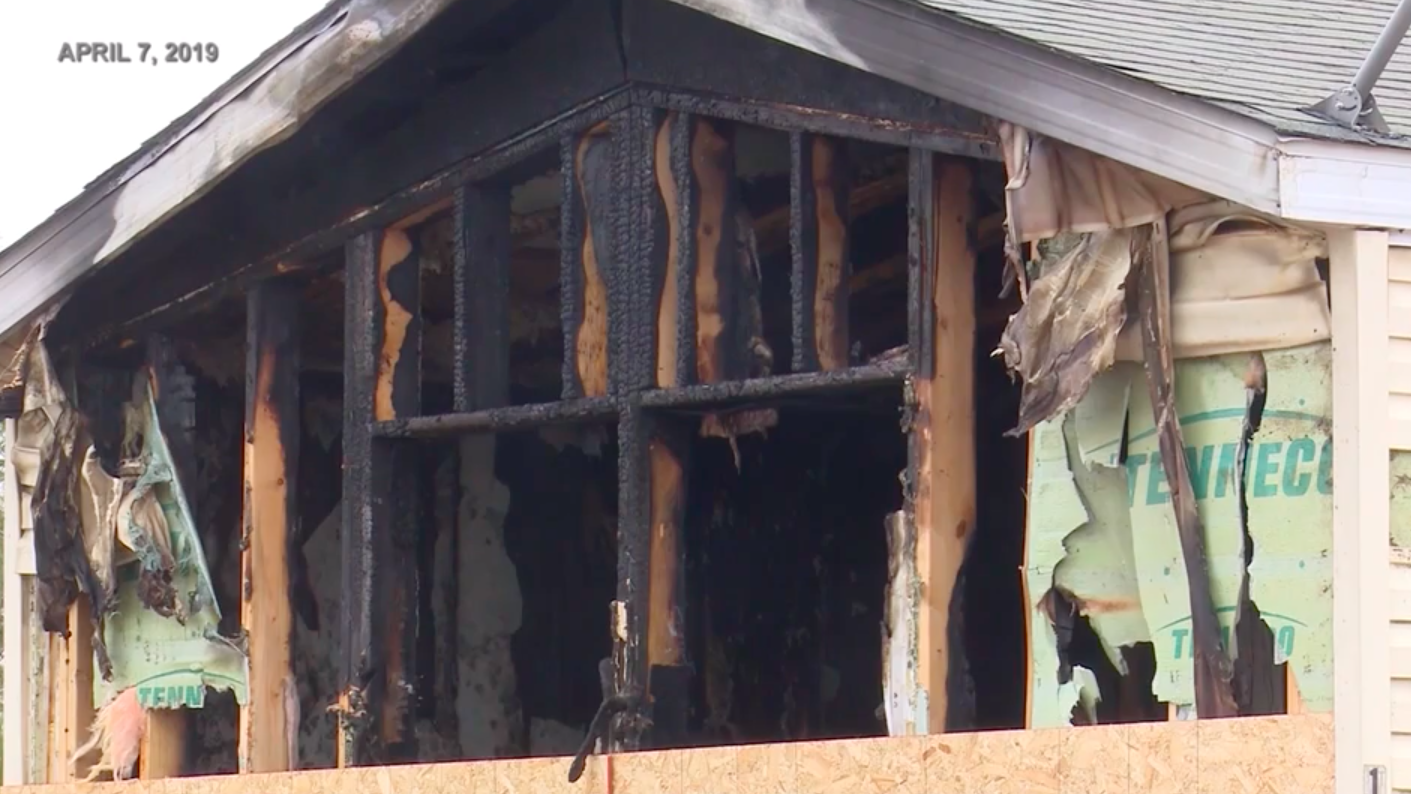 Charging a 9-year-old with murder is “out of step with global rights for children,” the Juvenile Justice Initiative, an Illinois-based nonprofit advocacy group, tweeted Wednesday.

In 2018, 62 juveniles under the age of 15 were arrested on charges of murder and nonnegligent manslaughter in the US, according to FBI crime statistics.

Katrina Alwood started a fundraising page in May to help raise money to legalize ownership of her family’s van, saying, “it’s all I have left of all the memories of my family.”

“On April 6th at 11:55pm I lost 2 children under 3, my 2 year old niece, my fiance love of my life, and my grandmother in a tragic mobile home fire and I lost every thing,” she wrote on the GoFundMe page. “The only thing i have left is the van that we shared and I’m almost completely out of time to get it legal or there gonna tow it and I’ll never see it ever again and i cant lose no more.”

She did not respond to a request for comment. 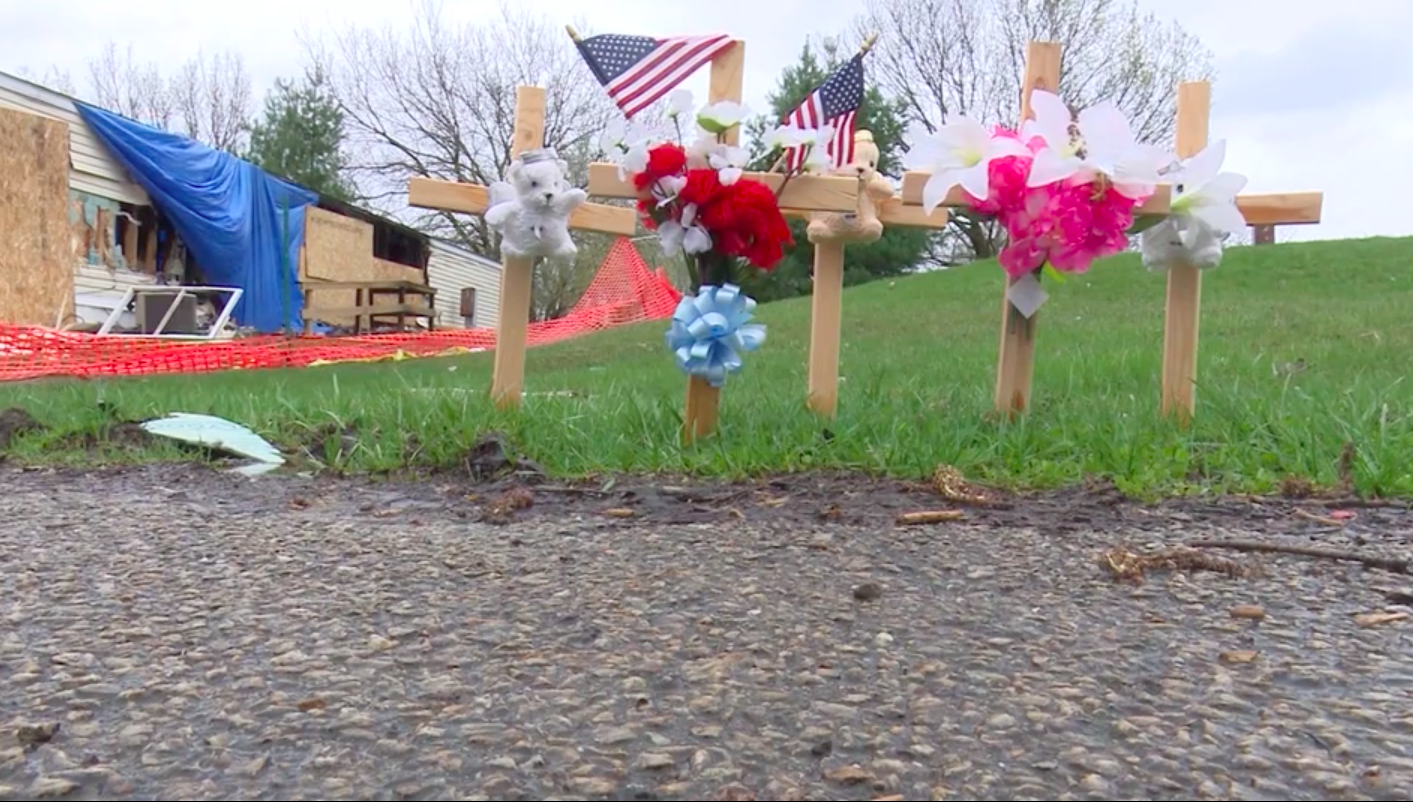 “I have compassion for him because in my own heart I really can’t see that a 9-year-old would intentionally want to harm somebody,” Marie Chockley, the family’s neighbor, told Local21 News. “I’m just praying for mercy over this and for him, to be able to get help and to have a second chance in life and that this won’t affect him for the rest of his life…you know, he is a child,” she said.