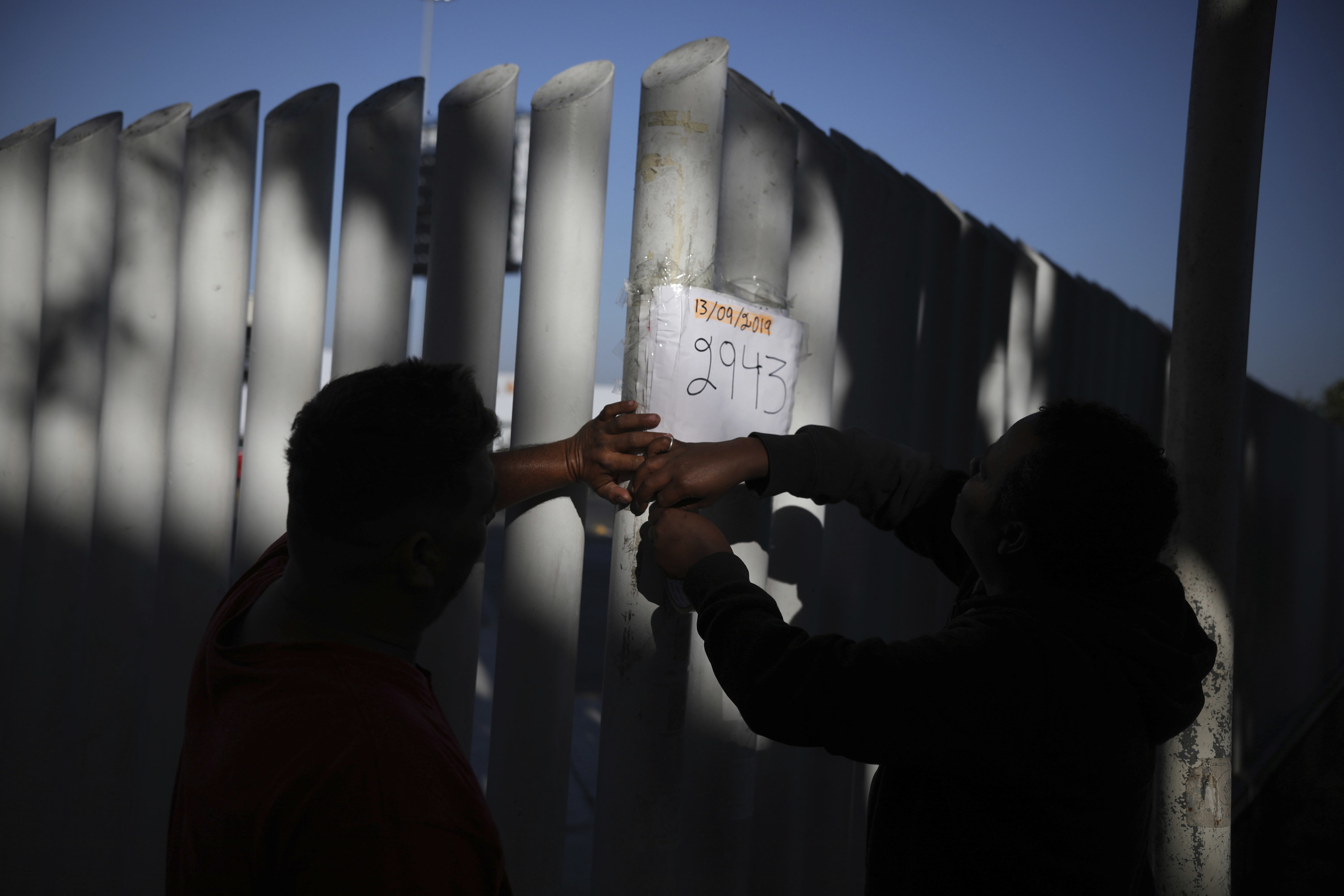 Immigrants post one number from the waiting list, indicating that only 10 migrants will have the chance to cross the border and apply for asylum in the US that day.

A Customs and Border Protection officer said supervisors instructed them to lie about not having space to process asylum-seekers at the border and turning them away, according to court documents.

In a Nov. 19 deposition, a CBP officer at the Tecate, California, port of entry said that despite having space to process asylum-seekers most days, they didn’t.

“So you were instructed to lie to people when turning them back; is that right?” said the plaintiff’s attorney Stephen Medlock.

“We were instructed, yes,” the unidentified CBP officer said.

The deposition is a federal case filed in the Southern District in California by Al Otro Lado, a binational legal service provider, and other groups challenging the Trump administration practice of telling asylum-seekers the agency doesn’t have the space or officers to process them. The deposition was taken in November and filed in court on Jan. 6.

Asylum-seekers wait for weeks or months for their turn to ask the US for protection. The practice, known as metering or queuing, was started by the Obama administration and expanded by President Donald Trump.

Advocates and attorneys at the border maintain that making asylum-seekers wait for months along the border was essentially denying them asylum and a violation of US laws.

The CBP officer said a manager would come up to the international border crossing where asylum-seekers presented themselves and turn them back.

“And when they said the port was at capacity, you knew that was a lie, right?” Medlock asked the officer.

“And it would have been obvious to those supervisors that it was a lie as well, correct?” Medlock said.

“In fact, it was obvious to everybody who was implementing this policy at Tecate that the capacity excuse was a lie, right?” Medlock said. 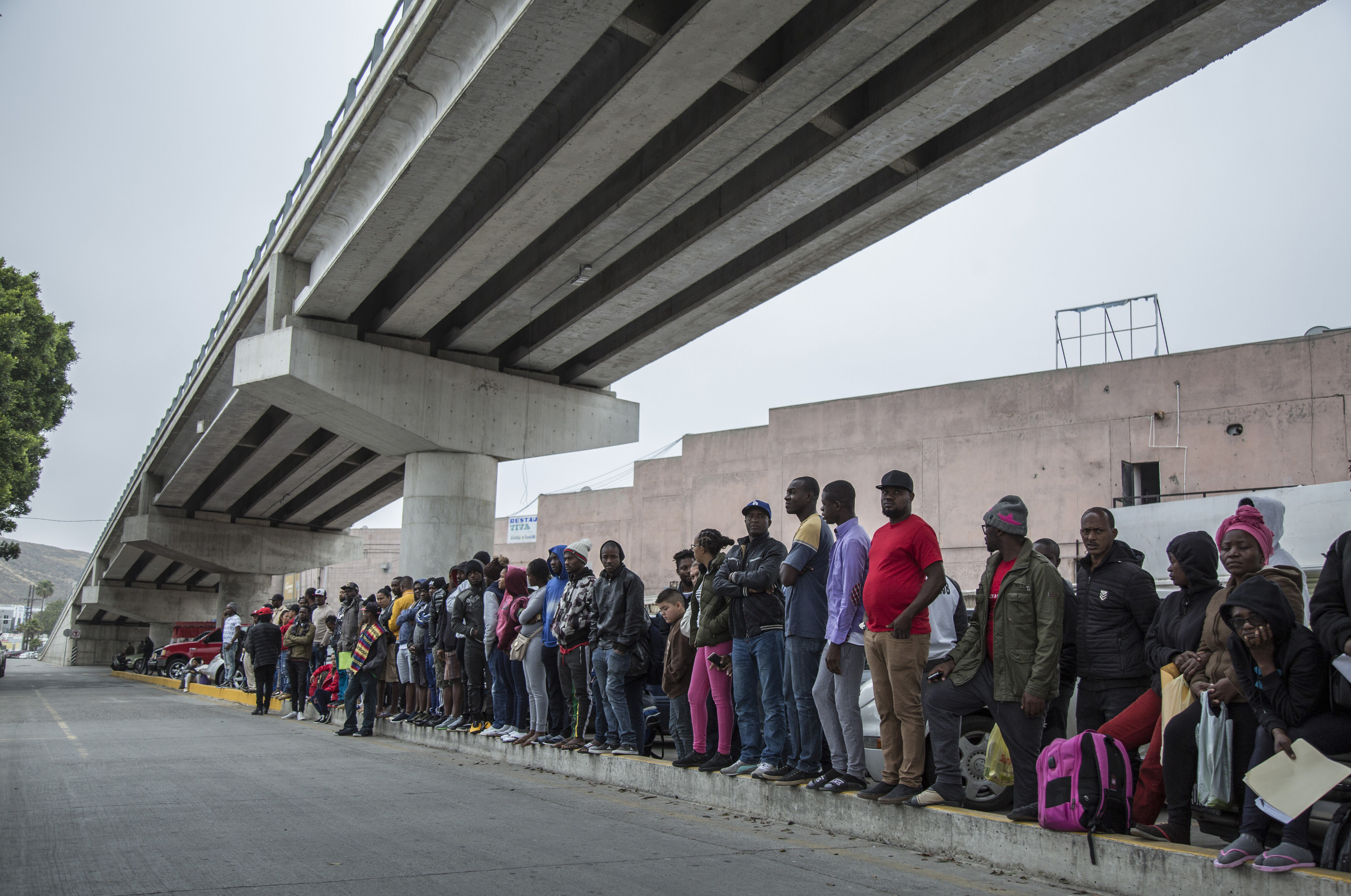 The Tecate port of entry has come under scrutiny before. In September, a government watchdog report found that contrary to federal law and agency policy, CBP officers at that location sent asylum-seekers already on US soil back to Mexico.

The Department of Homeland Security’s Office of the Inspector General report stated that a CBP officer told investigators that in late 2017 or early 2018, a supervisor verbally instructed officers they would no longer process asylum-seekers and send them back to Mexico.

No other officers investigators spoke with recalled receiving any instruction to return asylum-seekers from Tecate to Mexico, the report added.

The officer was asked about that in the deposition and said it didn’t surprise him because some of them just want to be left alone and not draw attention to themselves.

On Thursday, the Associated Press reported that many holding cells at border crossings were less than half full, some even empty, when large numbers of asylum-seekers were asking CBP for protection and were being told to turn back and wait. However, the agency has also said that space isn’t the only issue — having enough officers to process asylum-seekers is also a factor in telling people to wait.

Todd Owen, CBP assistant commissioner for the Office of Field Operations, in another deposition in the case, said the agency doesn’t pull officers to process asylum-seekers over counterterrorism and narcotics missions.