Looking at the withdrawal of U.S. forces in Afghanistan and in Vietnam nearly 50 years ago, a reporter sought to tell an overlooked part of history before it was too late. 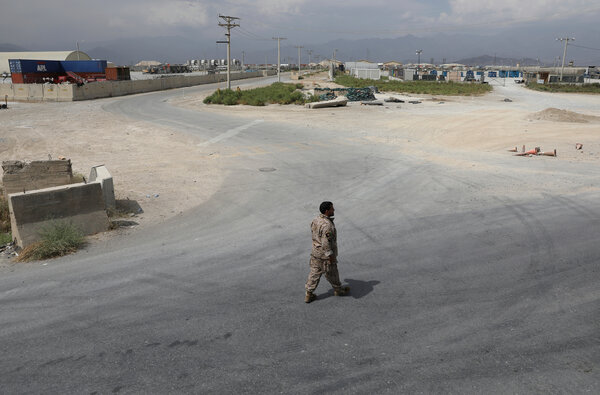 Times Insider explains who we are and what we do, and delivers behind-the-scenes insights into how our journalism comes together.

Call it journalistic pessimism. This spring, even before President Biden announced the withdrawal of all U.S. forces from Afghanistan, I began to think about how Kabul might compare with Saigon just before it fell in 1975. Were there clear differences? Important similarities? Maybe even lessons to be learned?

I began digging through The New York Times’s archives, reading all the dispatches out of Saigon starting shortly after all U.S. combat units left South Vietnam in 1973.

It’s a period of history Americans rarely think about. When talking Vietnam, we tend to think less about the period after the big American ground combat offensives, which wound down after October 1971, than we do about the last helicopters lifting away from the roof of the American embassy in 1975.

But what happened in the years between was strikingly similar to what is happening now in Afghanistan: The United States signed a deal with the enemy that cleared the path to pull out American forces but purposefully left its local ally out of the negotiations and allowed enemy troops to retain their weapons and their territory.

Richard Nixon framed the pullout as a win, saying the United States had achieved its strategic goals. In the host country, people were both eager to get rid of the Americans and fearful of what their absence might bring. As U.S. investment dried up, the local economy sputtered and the South Vietnamese government could not support the vast, expensive military that years of American aid had built. Critical supplies started to dwindle and, as they did, so did morale.