A Newer New Museum Is Coming, With Twice as Much Space

Rem Koolhaas’s architecture firm OMA has become known for repurposing buildings and championing preservation combined with innovation, from the Fondazione Prada in Milan to the Garage Museum of Contemporary Art in Moscow. And on setting out to design the New Museum’s expansion in an adjacent property — a former restaurant supply company on the Bowery — the firm initially planned to work within the existing structure.

But the architects and the museum soon came to realize that this route would cost more and compromise the galleries. Even if the new building’s floors were removed to gain more height, its facade was all that could be saved. So OMA instead started from scratch: On Thursday it will reveal its proposal for a geometric new structure that aims to seamlessly integrate the current New Museum, designed by the Japanese firm Sanaa, yet have its own distinct identity.

“We wanted it to be complementary but not competitive,” Mr. Koolhaas said in a telephone interview, “to be independently appealing but also make sure the coexistence of these two buildings gives something fresh.”

The new structure, which will add 60,000 square feet of space, reflects how much New York’s small, scrappy New Museum has changed since it opened on the Bowery in 2007, increasing its annual attendance to more than 400,000 from 60,000 and staff to 150 from 30. Though it has no permanent collection, the museum’s ambitious exhibitions feature contemporary artists and works not widely seen in New York.

“We’ve become an international cultural destination over the last decade,” said Lisa Phillips, the museum’s director since 1999. “After years of study, we concluded that the new construction would be the most cost effective and the most spatially effective to achieve functionality, connectedness and public accessibility.” 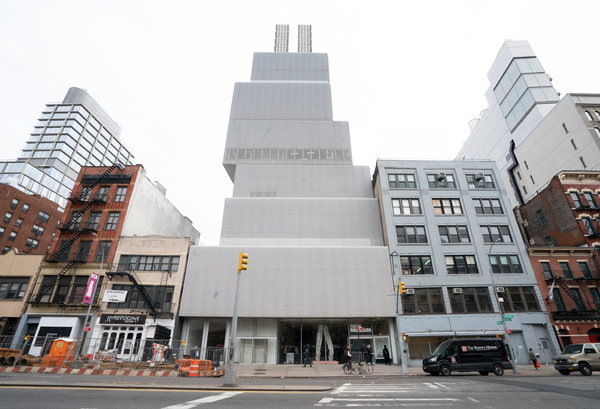 The museum also announced a $20 million naming gift from the collector and longtime trustee Toby Devan Lewis, the largest single donation in the institution’s history. It will help defray the cost of the new construction — $63 million. The institution hopes to raise an additional $26 million for endowment and cash reserves. Around $79 million has been raised thus far, including $3.1 million from the city and about $1.8 million from the state.

The announcement that the museum would create an entire new building rather than renovate the interior of 231 Bowery comes at a time of growing tension between its union and management. On Tuesday night, dozens of workers demonstrated at the New Museum over contract negotiations.

The project, in partnership with Cooper Robertson, is scheduled to break ground next year and to be completed in 2022. The design calls for a larger, more welcoming lobby across both buildings, connections through all seven floors and three new terraces that correspond with the Sanaa building’s Sky Room, with its wraparound outdoor space.

But OMA also addressed some of the original building’s problems, namely that the lobby — which includes a cafe and gift shop — gets congested; the facade is largely opaque, obscuring the art and activity inside; and circulation relies on two overtaxed elevators (one of which also serves freight needs), as well as an enclosed fire stairway.

With the OMA addition, the New Museum will gain three more elevators (two will be enclosed in glass and visible from the street, possibly with digital screens for art); a 75-seat auditorium; an event space; and offices.

There will also be, for the first time, a full, 80-seat restaurant on the ground floor, in addition to the cafe.

The OMA addition, at 231 Bowery, will double the museum’s gallery space to more than 20,000 square feet from about 10,000, improve visitors’ flow throughout the building and allow the institution more room to offer programs like its business incubator and urban-policy think tank.

Since purchasing the adjacent building 12 years ago, the museum has been using it for that incubator, New INC, which explores the connections between technology and contemporary art, and for the think tank, Ideas City, through which urban planners, artists and others consider the future of cities.

Important to the architects was making the buildings independent yet interdependent. “We did not want to make a new wing,” said Shohei Shigematsu, OMA’s partner in charge on the project. “We wanted the two to have a dialogue.”

The new addition is OMA’s first civic building in New York City and a singular piece of architecture. Where the Sanaa building is a largely opaque bento box of stacked cubes; the OMA building is transparent and porous, with a visible indoor staircase that recalls the external fire escapes of the formerly industrial neighborhood.

Where the Sanaa building is “hermetic and introverted,” Mr. Shigematsu said, “the OMA addition is more extroverted.”

Mr. Koolhaas, who said he has, over the years, worked closely with Sanaa — which is run by Kazuyo Sejima and Ryue Nishizawa — added: “One building is very enigmatic, and it did not seem fruitful to create an enigma next to an enigma.”

The new building is set back from the street at its base, creating a public plaza at the terminus of Prince Street that the museum can use for outdoor art and events. This gap, or cut, between the two buildings will expose the southern facade of the Sanaa building. There will be a new, second southern entrance and the existing one will be widened.

“It is somewhat futuristic, but not bombastic,” said Massimiliano Gioni, the museum’s artistic director. “It’s a nice balance between being declarative and also being discreet. It has tension but also synergy.”

Founded in 1977 by Marcia Tucker as an institution devoted to contemporary art, the museum started out in an office in the Fine Arts Building on Hudson Street, then for the next five years operated out of the Graduate Center of the New School for Social Research on Fifth Avenue. In 1983 it moved to the Astor Building on Broadway, where it remained until 2004.

The materials of OMA’s design pay tribute to Sanaa’s rough-hewed, pointillist look, with a facade made of a mesh that appears metallic during the day, more monolithic at night.

The expansion will allow the museum to present new commissions and new productions by emerging artists.

“In the last 10 years, the program has become more ambitious, more impactful,” Mr. Gioni said. “This building doesn’t just allow us to do more of the same, but to have a transformational impact.” 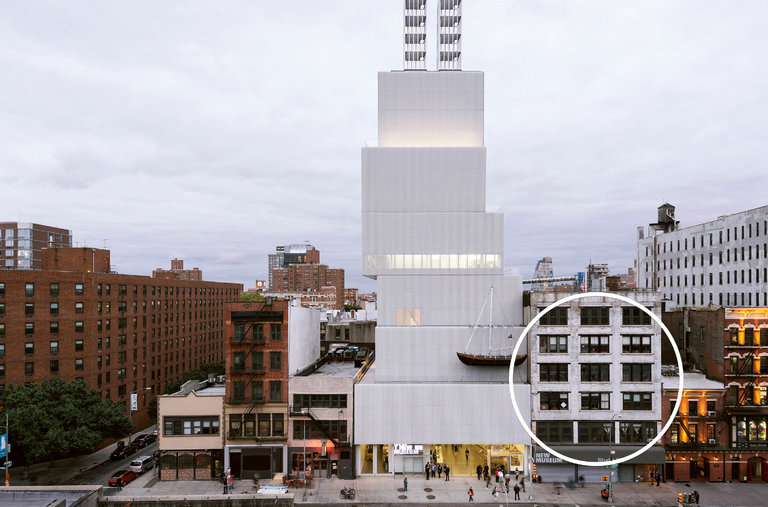 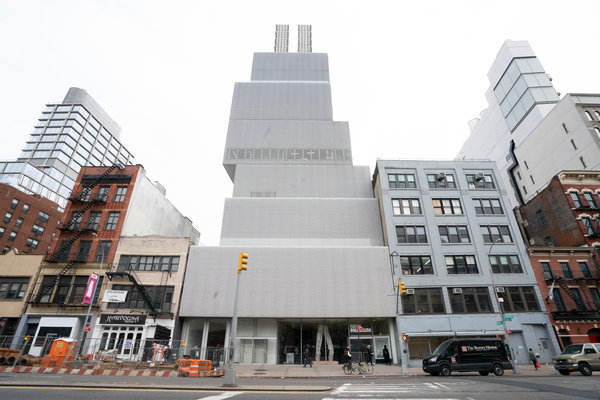