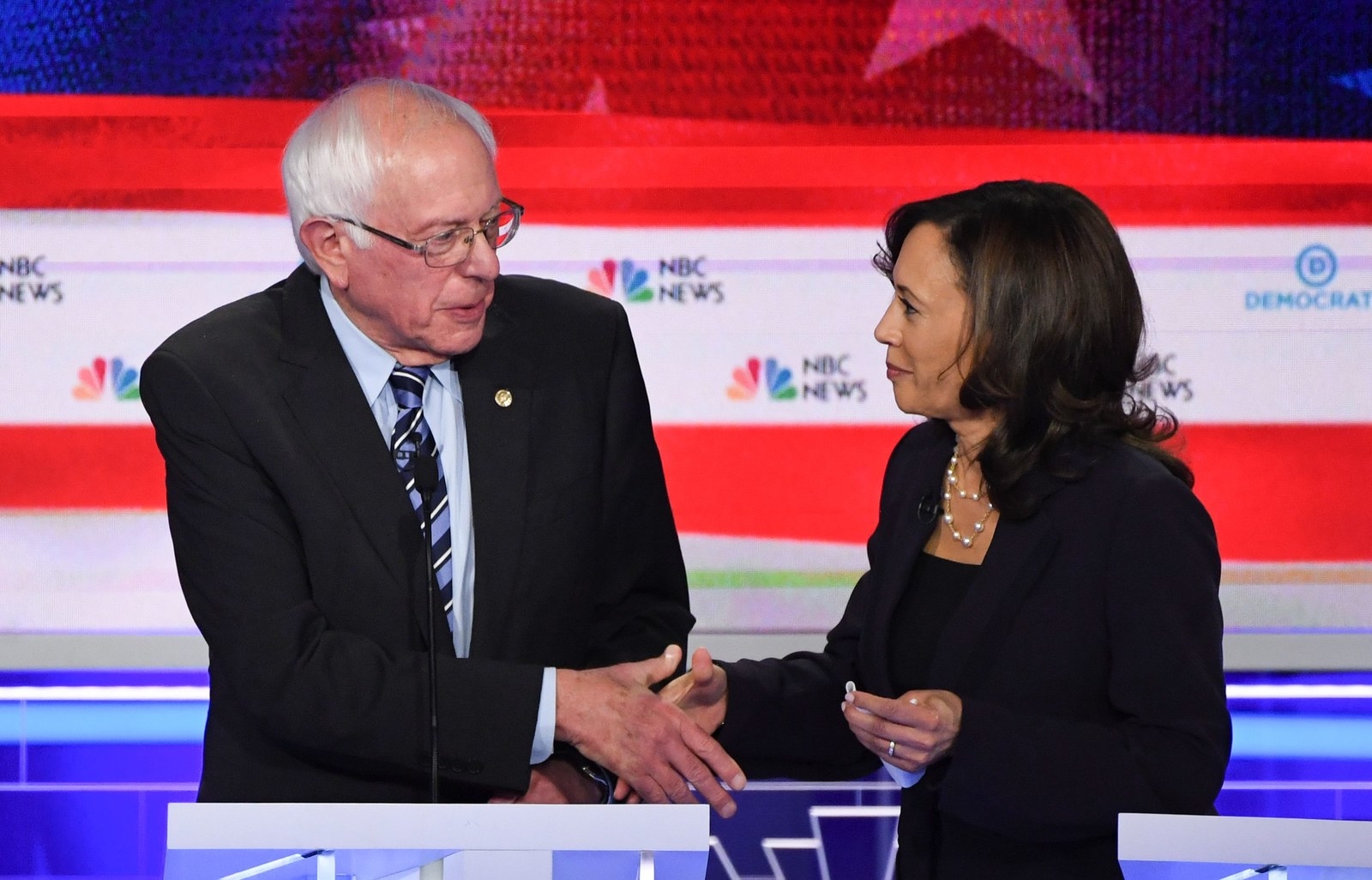 The Working Families Party has narrowed its endorsement list down to six candidates, including Sen. Kamala Harris and Sen. Bernie Sanders, whom the group endorsement in 2016.

The Working Families Party, a collective of progressive grassroots organizations and union activists, is launching its national endorsement process early on in the Democratic Party’s presidential primary.

Working Families Party leadership alerted its members in a call Sunday evening that they were opening the endorsement process and have narrowed the field down to six of the 24 candidates — Sens. Elizabeth Warren, Kamala Harris, Bernie Sanders, and Cory Booker, New York City Mayor Bill de Blasio, and former Obama administration secretary Julián Castro. The list of considered candidates was determined after campaigns submitted answers to WFP about their visions for the future, how they’d achieve them, and their history with Working Families Party affiliates.

In 2015, the Working Families Party made its first national political endorsement when its membership voted to endorse Sen. Bernie Sanders’ underdog campaign against Hillary Clinton in the 2016 primary. But the group left open the possibility of endorsements in the 2020 primary.

“Bottom line, we’re looking for the best candidate who can look who can defeat Donald Trump and also the best candidate, upon the defeat Donald Trump, to be able to layout and execute a broad agenda that will transform the lives of everyday people,” Maurice Mitchell, the national director of the Working Families Party told BuzzFeed News. “For us, it’s two things: electability and the ability to transform our country and we think those two things are aligned.”

“We’re saying that the two are actually one,” Mitchell added. “In order to build a movement at the scale that we need to beat Donald Trump, people need an offering at the scale of their problems. So the conversations that we’re going to be having with the candidates are going to dig in, in a rigorous way on their platforms.”

The WFP’s endorsement process will include a live-streamed forum between candidates and WFP members. The campaigns are also being invited to send surrogates to a live-streamed debate in late July.

“WFP members will get a chance to ask every candidate questions about their values, positions, and record in live-streamed interviews,” said Nelini Stamp, WFP’s director of strategy and partnerships. “People will host watch parties in their homes or at bars and coffee shops, participate in surrogate debates, and eventually, cast their vote for who we should support. We are making this process all about our members.”

The Working Families Party is inviting its membership to vote online for the candidates they think the organization should endorse through a ranked choice system and its members’ votes will contribute to half of the vote share and the other half will come from WFP’s national committee.

The organization, which has state chapters in 18 states and Washington D.C., plans on working with whatever candidate earns the support of its membership by organizing activists and party resources where the campaign thinks it could be best fit.

“One reason why we’re making an endorsement at this particular time is that the main thing we are is a political party and it’s our job to call these decisions even when it’s hard even when there’s a lot of political cost,” Mitchell said. “Once we reach that decision, the second step is to build out our team to engage with so many constituency groups, so many social movement actors who have been for a lot of reasons have never aligned themselves with the traditional Democratic Party establishment.”