How much advertising revenue two YouTube channels generate can vary greatly depending on their type of videos, even if the same creator is behind both of them.

YouTube’s Partner Program lets creators earn money by monetizing their channels with video ads, which bank a certain amount of money depending on factors like a video’s watch time, length, and viewer demographic.

Business Insider spoke to entrepreneur and YouTube creator Marina Mogilko about what she typically expects her three successful YouTube channels to make each month in Google AdSense monetization.

Mogilko broke down why one channel makes a higher rate than the other, and said one of the major factors is that her business channel is more appealing to advertisers than her other two channels. 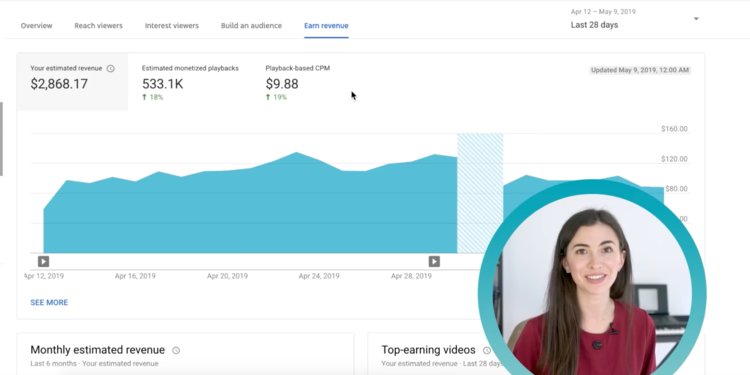 Mogilko started her main channel, “Marina Mogilko,” in 2014 as a way to document her life in Russia and her move to the United States. In 2016, she started her second channel, “Linguamarina,” where she teaches people English and American culture.

Mogilko currently lives in San Francisco and is the cofounder of a travel agency,LinguaTrip. In 2018, she launched her third channel, “Silicon Valley Girl,” about her daily business operations and building a personal brand online.

What’s unique about her channel Silicon Valley Girl is that although it has the smallest number of subscribers of the three (255,000 subscribers), the channel has a higher average CPM rate, or cost per 1,000 video views, than the others.

Mogilko isn’t the only creator to see high CPMs on business videos.

Kevin David, an entrepreneur who has aYouTube channel with 600,000 subscribers where he also posts business-related videos, told Business Insider that he’d made as much as$50,000 in Google AdSense revenue from a single YouTube video. 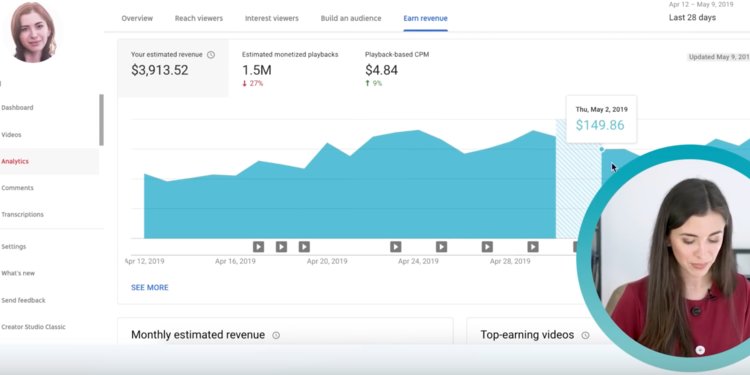 “People who watch this content aren’t kids or students,” Mogilko said of her business channel. “They are people who already started their careers and want transition in their career.”

The important factors that have determined these vast differences in CPM rates have been her viewers’ locations and the type of content of her videos, she said.

The lowest CPM rate she has is from Turkey, which for her Silicon Valley Girl channel is roughly $1 per 1,000 views.

Mogilko said that she knows of some YouTube creators who will label their content as “educational” or “business” to raise their CPM rate, but according to her experience, YouTube’s algorithm is smart enough to know whether a video is educational or not.

For more about how much YouTube pays its creators, check out the interview with YouTube influencer Shelby Church on Business Insider Prime: