When some collectors gather a critical mass of artworks, they decide to open a private museum to share their trove with the world.

But Lonti Ebers, who established the nonprofit institution Amant, has a different agenda: sharing art, but not her own.

Amant is scheduled to open the doors of a 21,000-square-foot, four-building campus in the Williamsburg section of Brooklyn., N.Y., on June 5. It features an on-site artist residency program as well as exhibition spaces that will be open to the public, at no cost.

Ms. Ebers is not the only arts patron to open an exhibition space in the city: Jens Faurschou created Faurschou New York, J. Tomilson Hill the Hill Art Foundation and Glenn Fuhrman the FLAG Art Foundation. 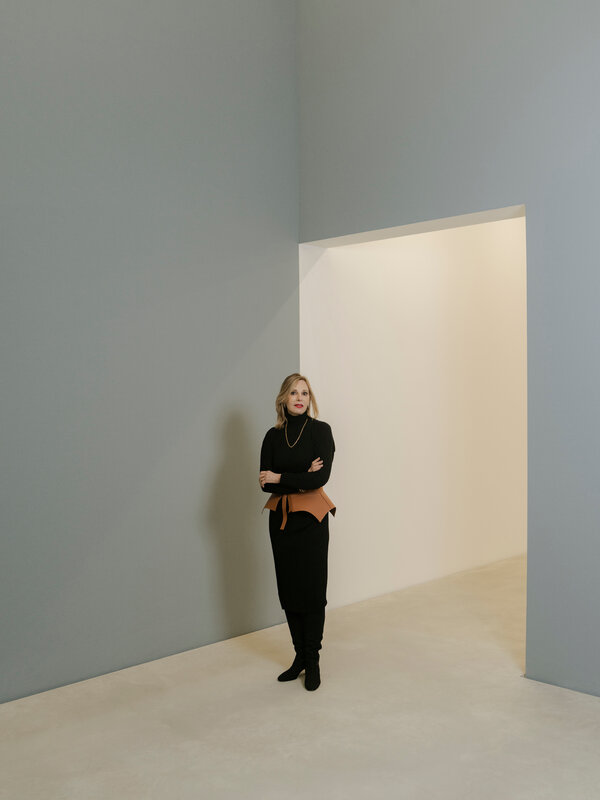 Such institutions aren’t limited to the United States, as evidenced by the Julia Stoschek Collection, of Berlin and Düsseldorf, and François Pinault’s two Venice exhibition spaces, as well as his forthcoming Bourse de Commerce-Pinault Collection in Paris.

Faurschou opened in 2019 with a show composed of the owner’s works. Amant, on the other hand, will offer independent programming, generally not a peek into Ms. Ebers’s personal collection, which she said numbered close to a thousand works.

“It will be available as a resource, but Amant is by no means meant to be showing off my collection,” said Ms. Ebers, who is a trustee and patron of the Museum of Modern Art. “I have absolutely no interest in that, and I never have.”

Amant plans to have about five exhibitions a year, as well as other programming. “We’re focusing on interdisciplinary work, and work that doesn’t fit neat categories,” Ms. Ebers said. (Amant is the maiden name of Ms. Ebers’s mother, and in Latin means “they love.”)

The exhibitions are being overseen by Ruth Estévez, the artistic director, and her staff of five.

“She gave total freedom on deciding the programming, and that’s a luxury these days,” said Ms. Estévez, who is also a co-curator of the 34th São Paulo Biennial, scheduled for September.

But Ms. Ebers’s personal taste and Amant’s exhibitions may overlap, as in the opening show, “Heroines, Birds and Monsters,” which features the work of the Portuguese artist Grada Kilomba. Though Ms. Ebers owns artworks by Ms. Kilomba, none of those particular works are in the show.

“I’m more interested in creating active programming, and helping artists produce and work and think,” Ms. Ebers said. “The collecting, in a way, just hones your skills and disciplines. You look at things differently.”

Ms. Kilomba, who is of West African descent, addresses the legacy of colonialism in her art, and, according to Amant, this is her first solo exhibition in the United States. It includes the six-channel video installation “A Word of Illusions” (2017-2019).

Ms. Ebers said she had spent more than $40 million, not including the purchase of the Williamsburg real estate, to build Amant, the buildings of which were designed by the architectural firm SO-IL. She is married to the chief executive of Brookfield Asset Management, Bruce Flatt, whose fortune Forbes has estimated at $1.3 billion.

The couple, who hail from Canada, divide their time primarily among homes in London, New York and the hills of Tuscany, where Amant has another residency. The foundation’s first official activity was hosting nine artists in the village of Chiusure, Italy, in the province of Siena, last summer.

The three-month New York residency program, which comes with a $3,000 monthly stipend and individual studio space, has received thousands of applications. The four artists chosen will not be required to produce any work during their stay.

That Ms. Ebers is focused on giving artists time and space to work is a reflection of her understanding of “the art ecosystem and the layers of institutions that are needed,” said Stuart Comer of MoMA, whose position — chief curator of media and performance art — was endowed by Ms. Ebers. “She brings a capacious and expansive approach.”

The campus of Amant, spread over three addresses and two sides of one street, is an unusual one for a New York institution.

On one side of Maujer Street is the residency studio and a building meant expressly for performances. On the other side, are two buildings, both with gallery exhibition space; one also has a bookstore and cafe, and the other contains offices. There’s a separate entrance to the campus on Graham Street.

That Amant’s first exhibition is of a woman artist is in keeping with the approach Ms. Ebers has had for decades with her collecting.

“Fairly early on it became clear to me that women artists in general were not appreciated,” she said, citing her interest in the work of Elaine Sturtevant, Carolee Schneemann and Adrian Piper. (MoMA and MoMA PS1 have had shows of all three artists, to which Ms. Ebers lent works.)

“She discovered a lot of artists early, before they were popular,” said the dealer David Zwirner, who has worked often with Ms. Ebers over the years. “And she collects truly in depth.”

Mr. Zwirner noted that some collectors wait around to hear which artists are talked about so that they can be on-trend, but not Ms. Ebers. “She looks with her eyes, not her ears,” he said.

And now she is enabling artists to rely on their own instincts with a blend of exhibition spaces and studios at Amant, which has been set up as a nonprofit 501(c)(3).

“We’re giving artists a chance to go radical if they want,” Ms. Estévez said. “They can use the space to do things they’ve never done before.”