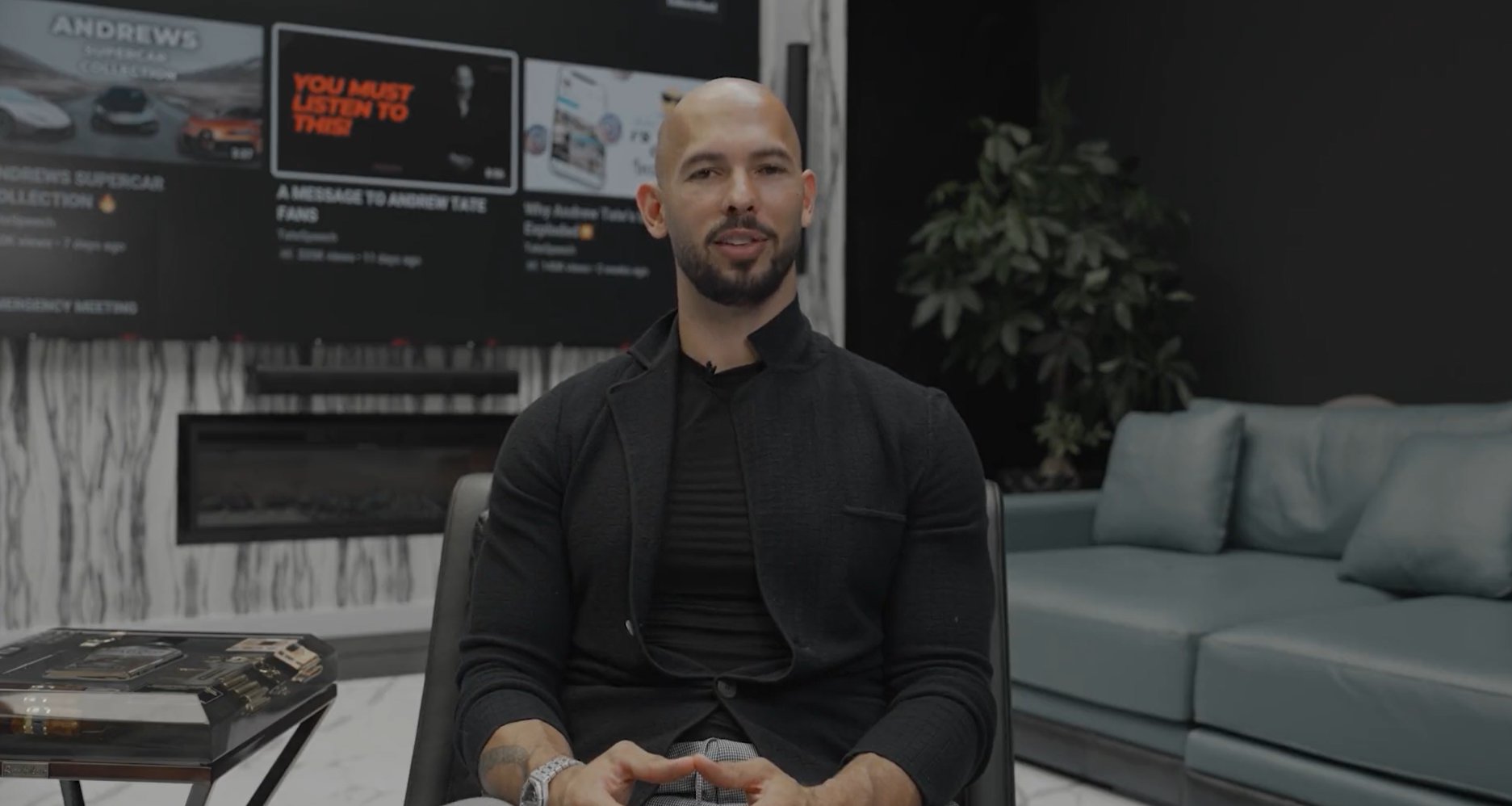 Controversial social media personality Andrew Tate has been detained in Romania on charges of human trafficking, rape and organised crime.

The reality TV star and former kickboxer, who was removed from Big Brother in 2016, was detained alongside his brother Tristan while his house was raided in Bucharest.

A lawyer for the siblings confirmed their detention to Reuters.

According to the news agency, prosecutors said: ‘The four suspects … appear to have created an organised crime group with the purpose of recruiting, housing and exploiting women by forcing them to create pornographic content meant to be seen on specialised websites for a cost’.

The Tate brothers have been under investigation since April, alongside two other suspects.

A spokesperson for Andrew, who is a British citizen born in the US and moved to Romania five years ago, told the Mirror that he could not provide further details.

But he said: ‘However, Andrew and Tristan Tate have the utmost respect for the Romanian authorities and will always assist and help in any way they can.’

Before becoming known around the world, Andrew Tate fought as a professional kickboxer and won a number of world titles.

In 2016, he appeared on Big Brother and was removed from the house after a video circulated appearing to show him attacking a woman.

At the time, he claimed it had been edited and described the footage as ‘a total lie trying to make me look bad’.

He has become a controversial figure online, including getting banned from Twitter for saying women should ‘bear responsibility’ for being sexually assaulted, while he has since been reinstated on the platform.

Earlier this week, he was embroiled in a Twitter row with climate activist Greta Thunberg, who told him to ‘get a life’ after he boasted about owning 33 cars with ‘enormous emissions’.