Angelina Jolie is laying out some truth serum about how her career was affected by her custody battle with ex-husband Brad Pitt — it’s a burden many women have to bear. That’s not to say their six children, sons Maddox, 19, Pax, 17, and Knox, 12, and daughters Zahara, 16, Shiloh, 14, and Vivienne, 12, are a burden, it’s about the family workload that many moms take on when there is a divorce. 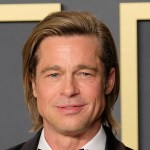 While the court case has been a long five-year battle, it’s important to remember that Pitt had more freedom to take on projects while Jolie tended to their children. He was able to tackle a challenging role with director Quentin Tarantino in Once Upon A Time… In Hollywood, and the take on an award show campaign on his way to winning his first acting Oscar. Things for Jolie have been a little different in these five years.

“I love directing, but I had a change in my family situation that’s not made it possible for me to direct for a few years,” she told Entertainment Weekly. Her behind-the-camera ambitions took a back seat and she embarked on “shorter jobs” to make sure she was “home more.” The Oscar winner went back to her acting roots because she could keep her career moving forward with less responsibility and shorter work hours. “That’s really the truth of it,” she added. We also can’t forget she took on the additional familial tasks during a pandemic, which, unexpectedly, took parenting to the next level for over a year.

The breakdown of their family unit stems from an alleged domestic violence incident in 2016 that involved Jolie, Pitt and their oldest son, Maddox, who was reportedly protecting his mother. Pitt went on to get sober in the aftermath, but their marriage was done and some of the children have refused to see their father. For Jolie, she continues to focus on her family, but she does see light at the end of the tunnel.

“The past few years have been pretty hard,” Jolie told British Vogue. “I’ve been focusing on healing our family. It’s slowly coming back, like the ice melting and the blood returning to my body.”

Before you go, click here to see celebrity exes who never buried the hatchet.