Audemars Piguet has dropped a host of new high-end pieces across its Royal Oak, Code 11.59 and experimental Concept lines, including a number of ceramic first. 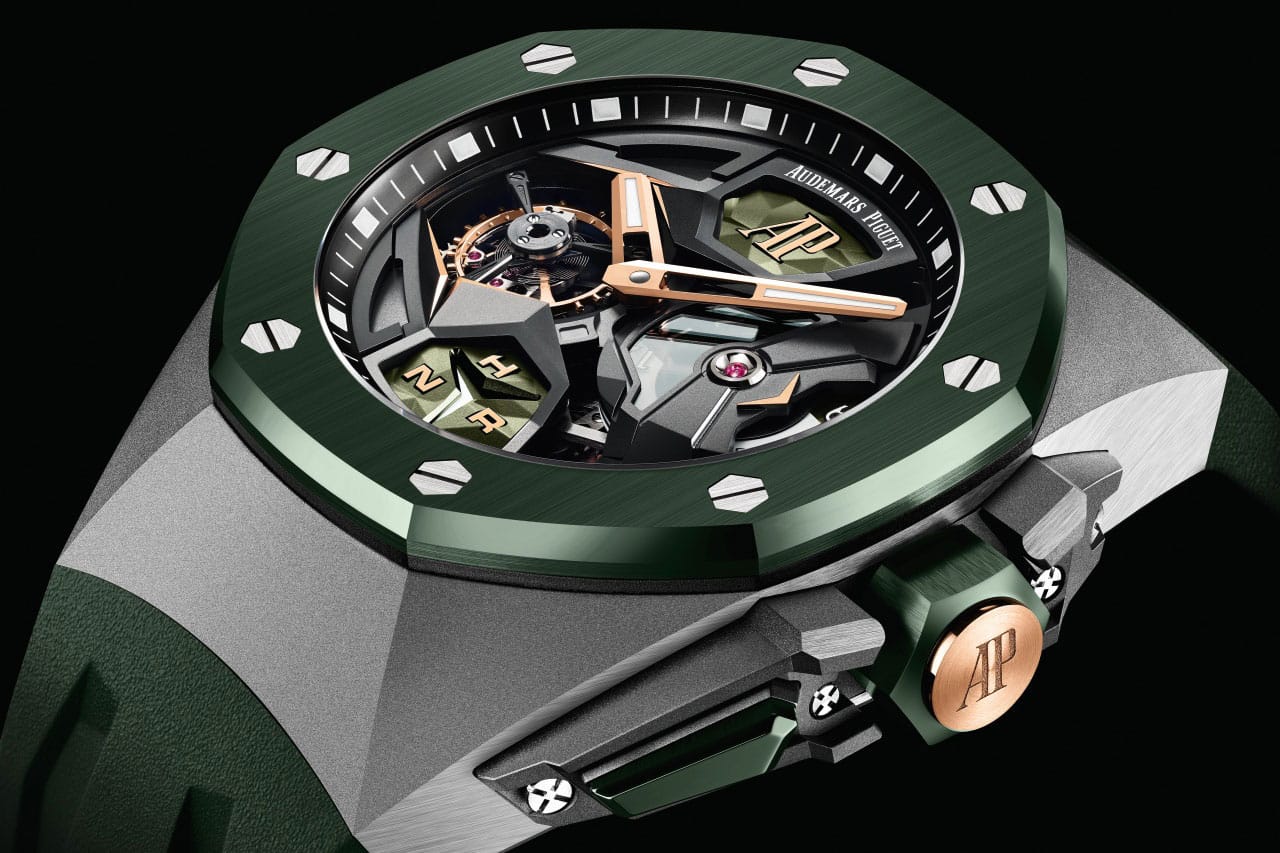 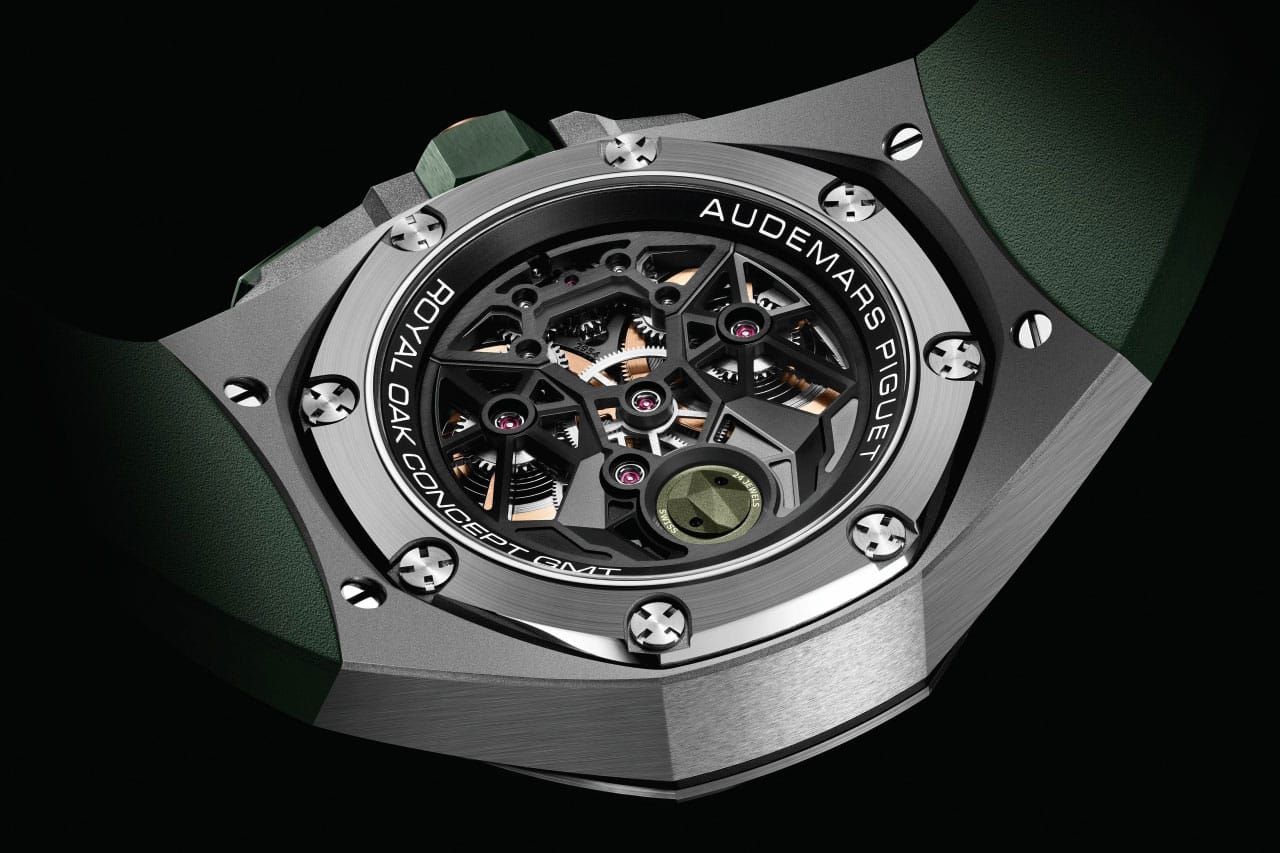 First up is the Royal Oak Concept Flying Tourbillon GMT which sees its 44mm sandblasted titanium case topped off with satin-brushed and polished green ceramic bezel, crown and pusher, the first time green ceramic has been used within the Concept line. 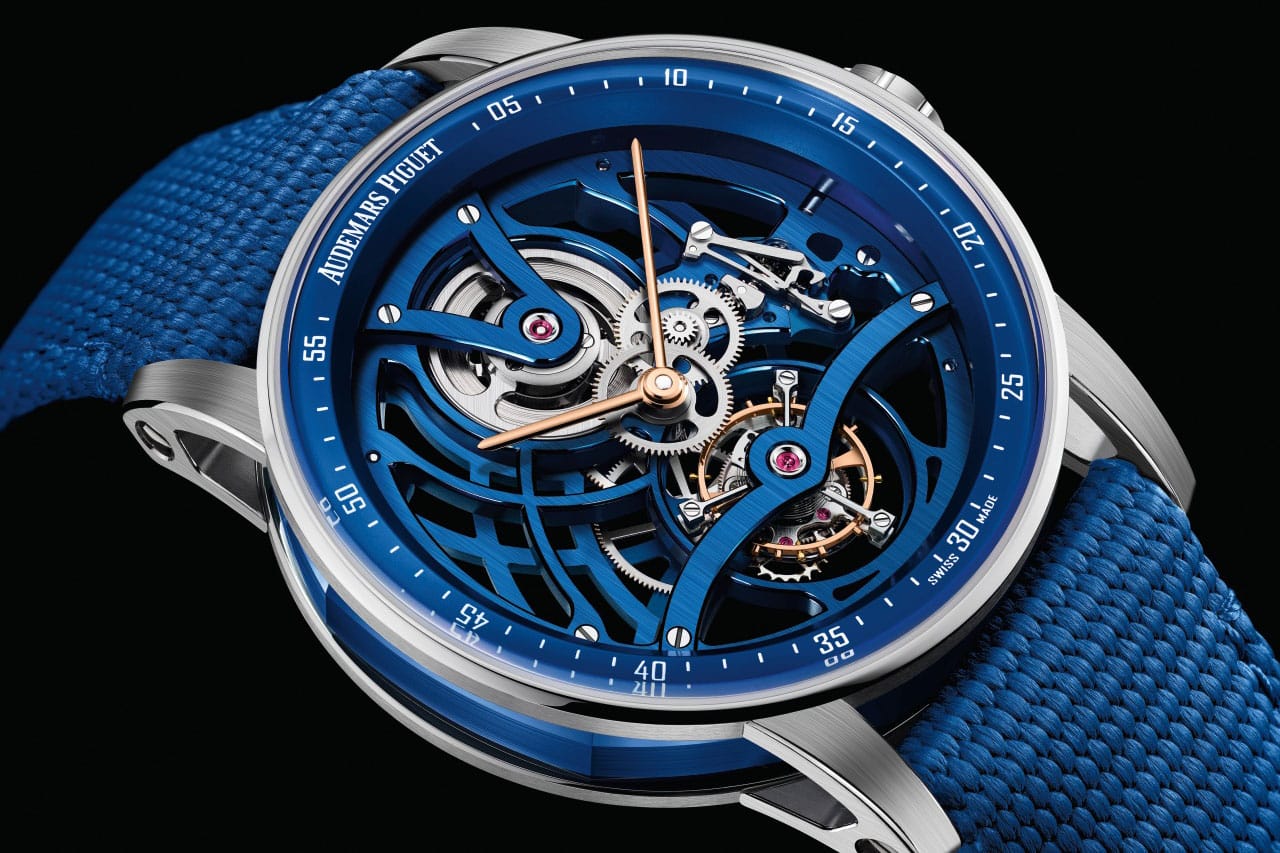 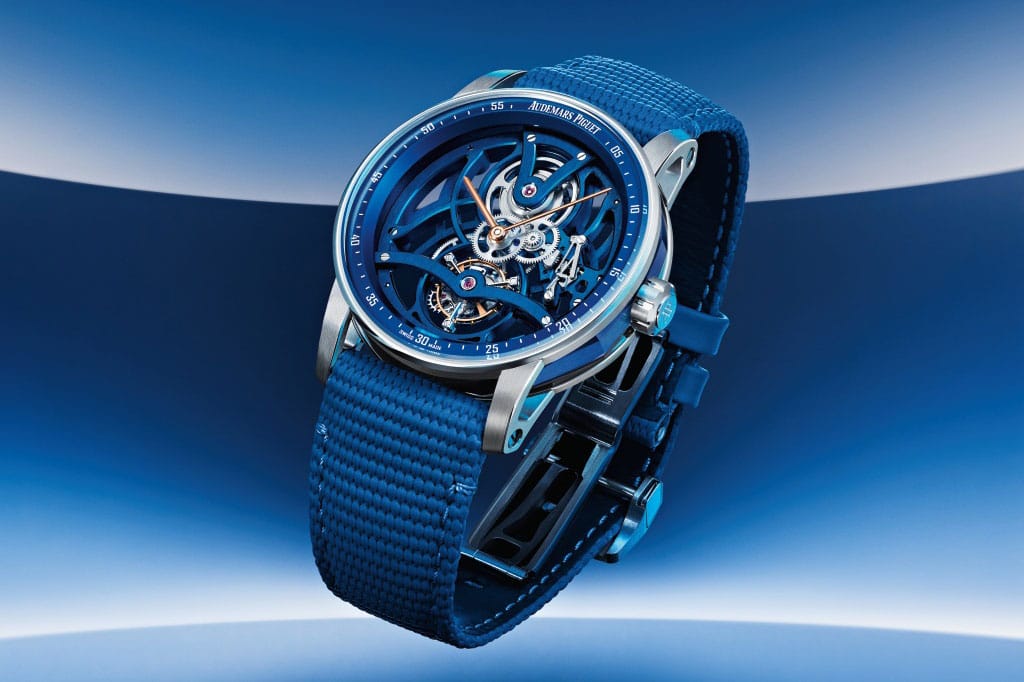 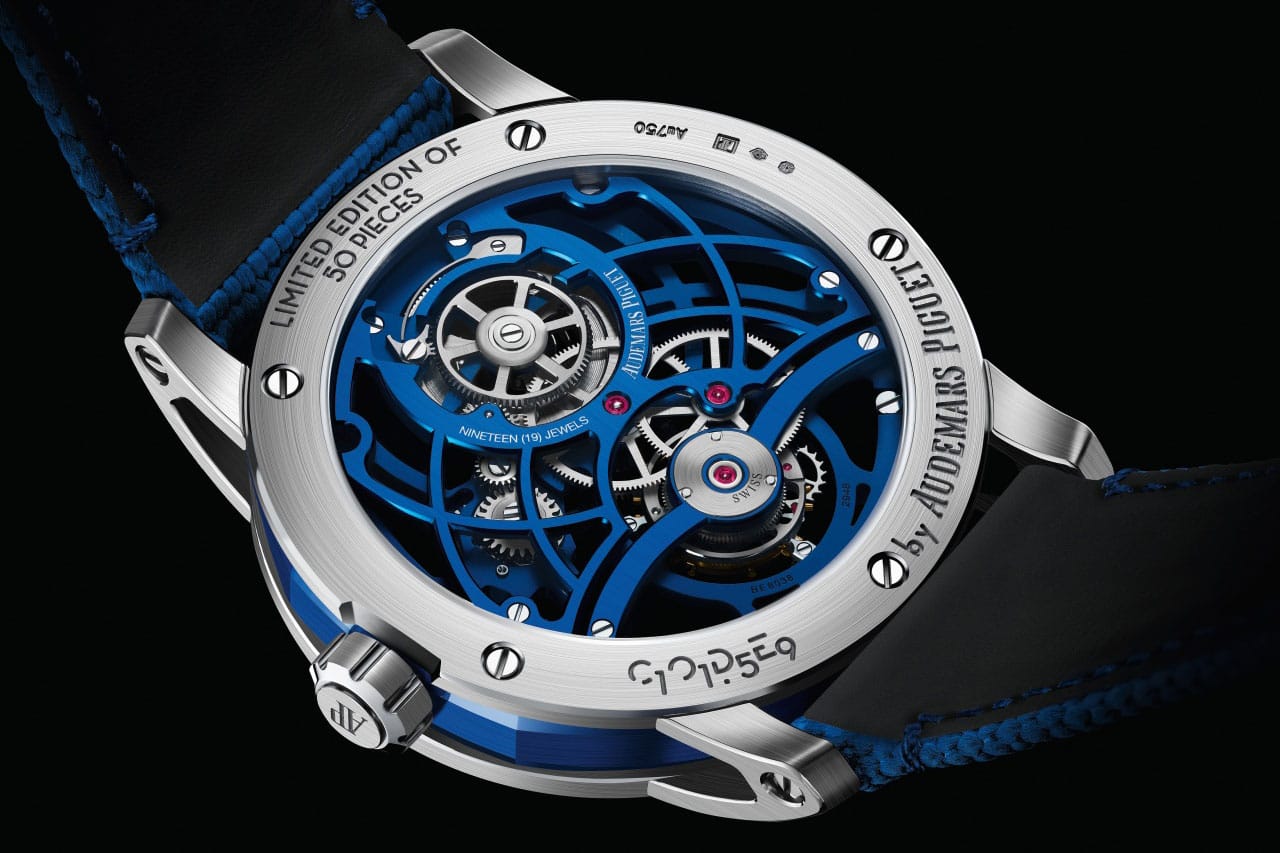 Hypebeast offered an early look at this high impact addition to Audemars Piguet’s Code 11.59 line when the watch ‘leaked’ through the GPHG website after being entered into the Tourbillon category of this year’s awards.

Housed in a comparatively diminutive 41mm 18K white gold case with blue ceramic caseband – a first for the collection – the 50-piece limited edition illustrates why, after so much initial criticism, the Code 11.59 is becoming increasingly difficult to fault. 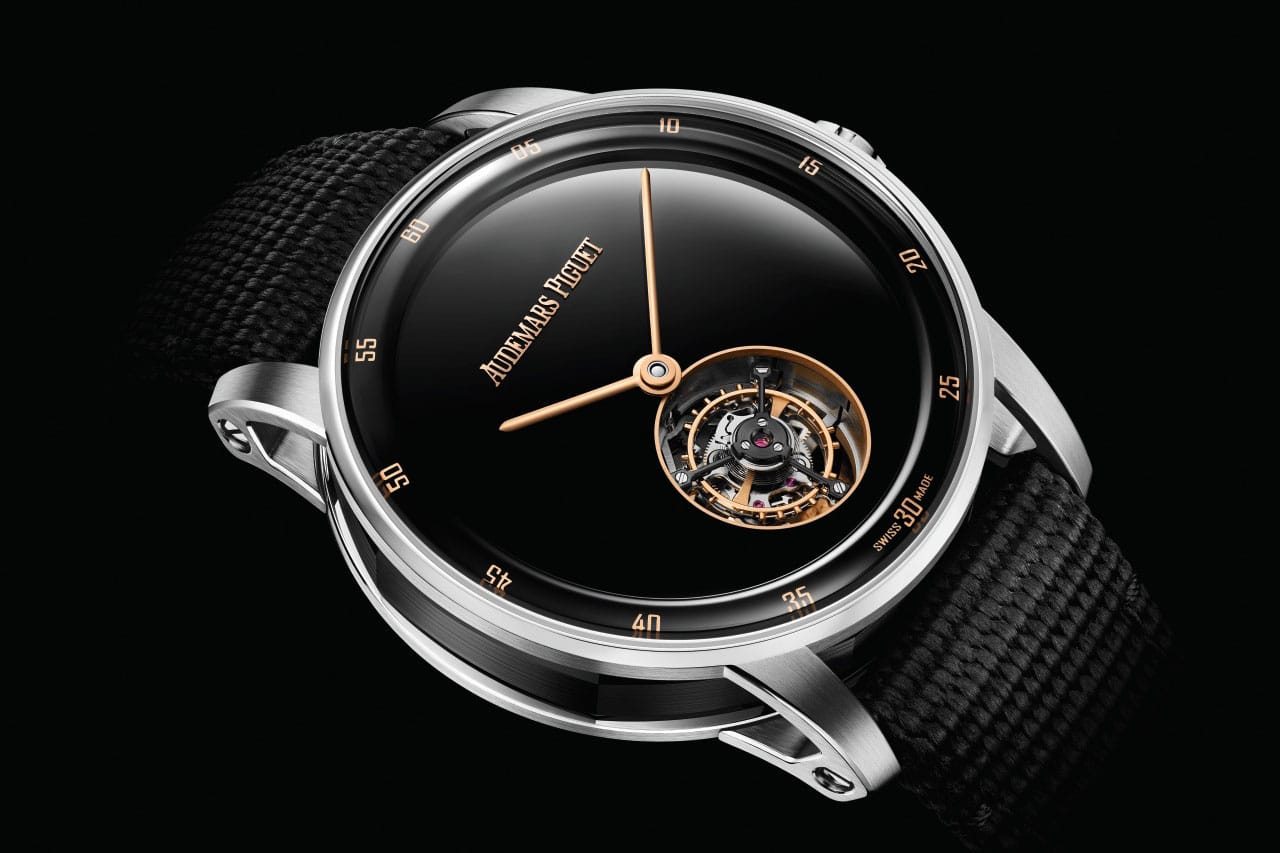 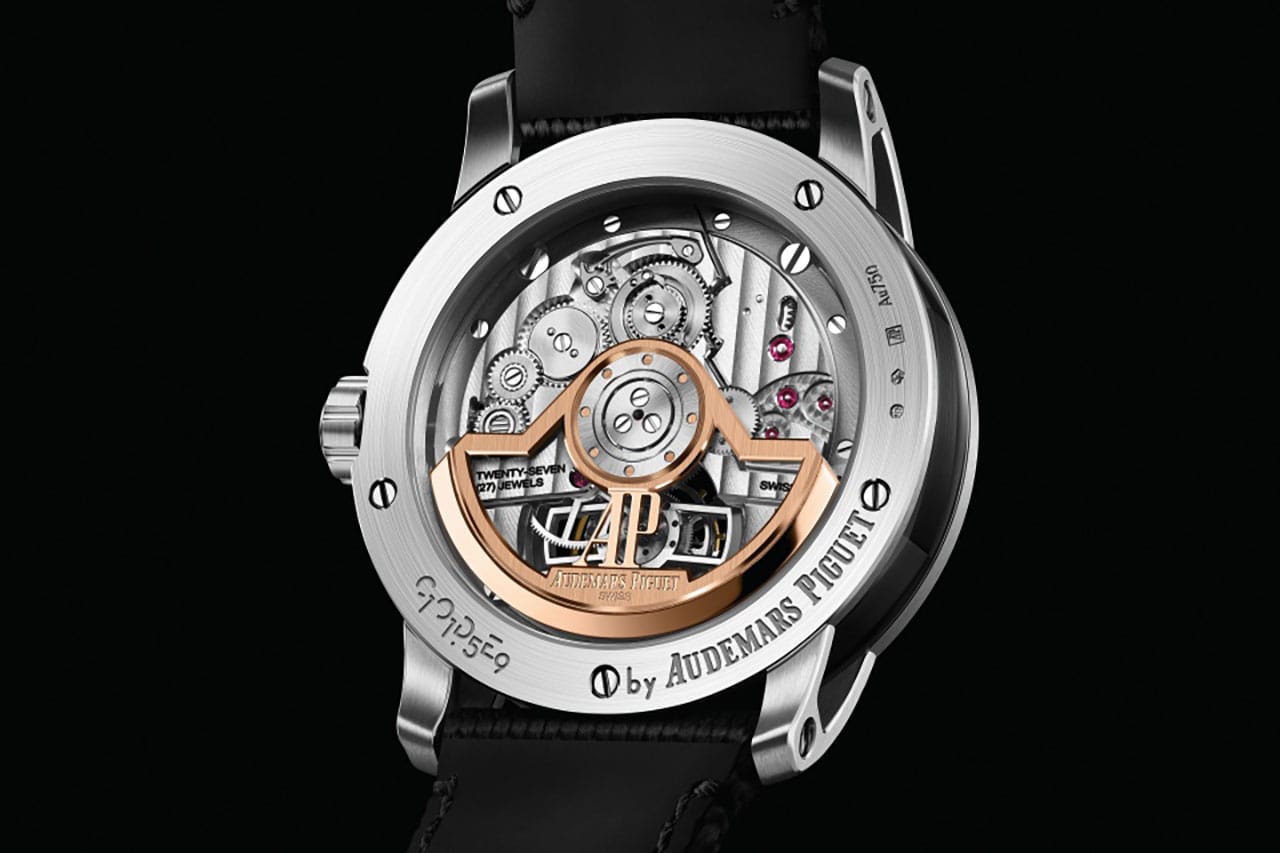 An exercise in aesthetic simplicity, this new Code 11.59 pairs an expansive black onyx dial with an 18K white gold and black ceramic case. The dial is kept stylishly simple, displaying only double-digit five minute intervals in gold, matching the tone of the text, hands and window framing the flying tourbillon at the six o’clock, which features a black PVD bridge for the first time. 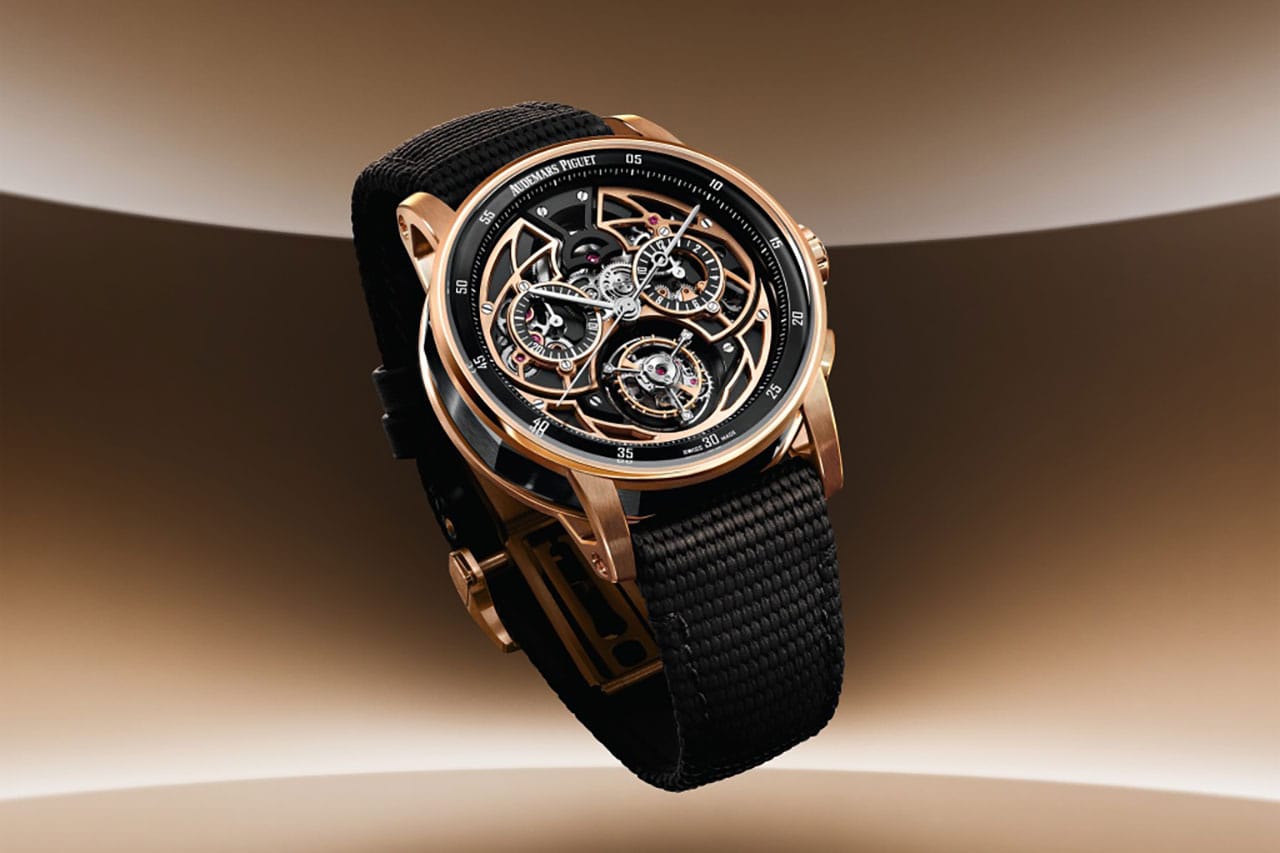 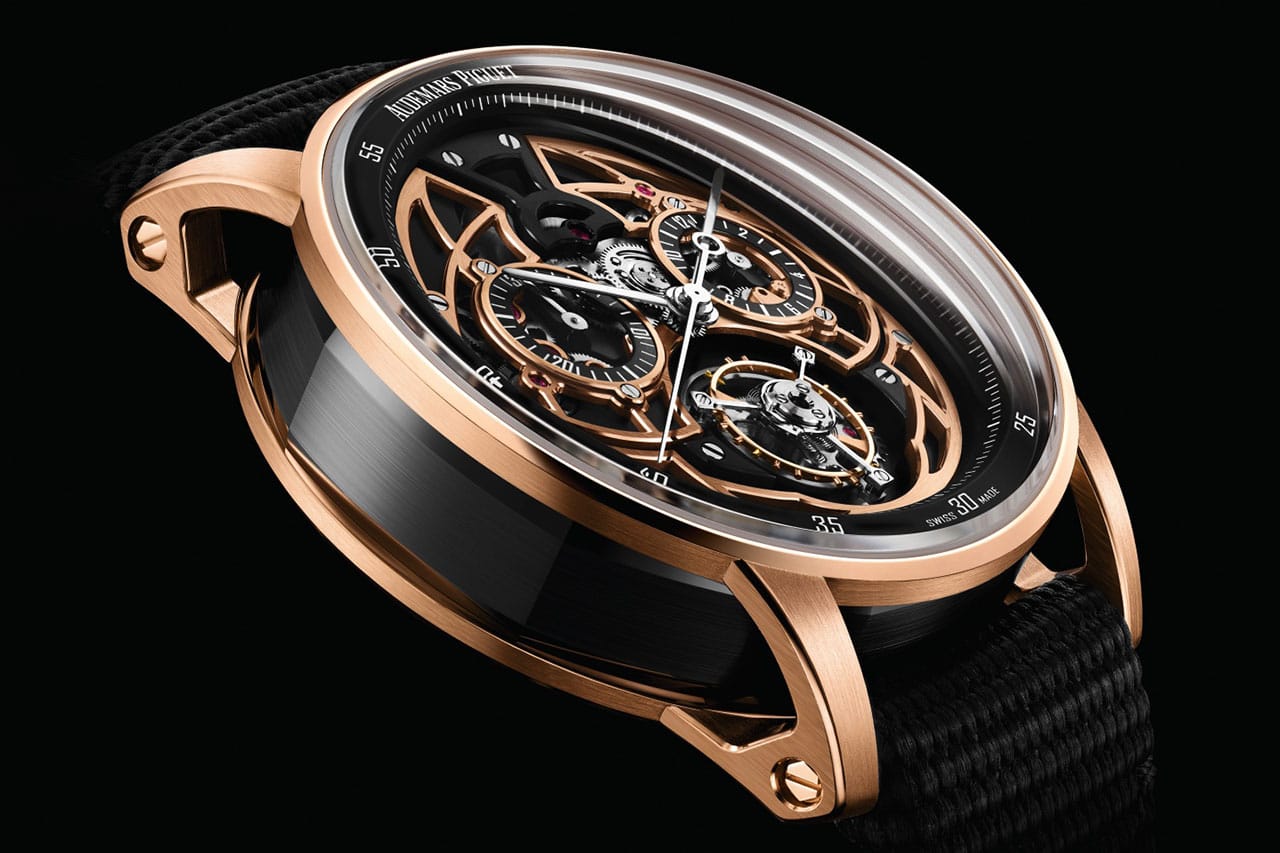 This addition to the Code 11.59 collection sees a technically complicated watch packaged in a neatly symmetrically design of black ceramic and 18K pink gold. The 50-piece limited edition carries the color palette across its movement of openworked bridges and skeletonised counters of its flyback chronograph.

Mum spots face of Elvis in pot of McDonald's ketchup